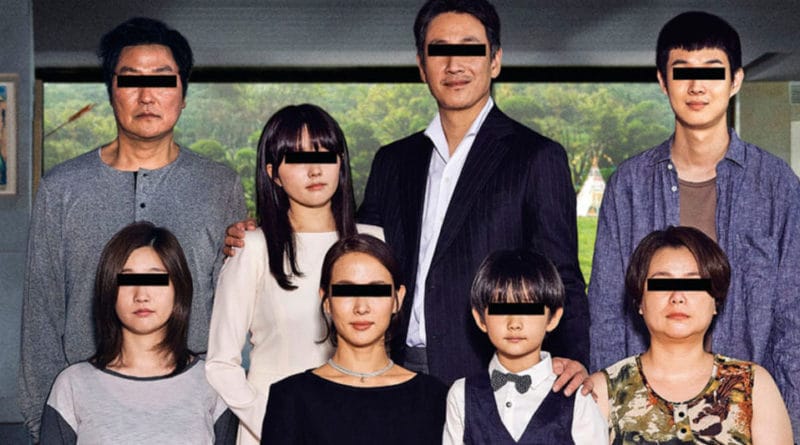 Parasite : Here’s When And On Which Platform You Can Stream The Oscar Film

Parasite won the Best Picture for Oscars 2020. The movie re-launched in theatres after winning Oscars and created a storm in box office numbers. It’s the first international movie to win an Oscar for Best Picture. Along with Parasite; Joker, Once Upon A Time In Hollywood, 1917, Ford vs Ferrari, The Irishman were also nominated. But Parasite came on top.

Bong Joo-ho is a South Korean filmmaker who’s movies concentrate on social themes. His movie Parasite is one such kind. Parasite mirrors the lives of two distinctive families. One is a low-income family living in a small semi-basement having low paying jobs. They’re the Kim family who struggles to meet ends every day. We see their life on being the servants of the wealthy family. That is the Park household. The story shows us greed and class discrimination.

Oscars: See How The Academy Will Pay Tribute To The Late NBA Star Kobe Bryant In The Memoriam Segment This Year

Here’s When You Can Stream It Online

Are you guilty that you haven’t seen Parasite so far? That’s okay. Now the movie will be available to stream in digital platforms.

The Parasite was one of the most famous movies of 2019. It was a proud moment for South Korean film industry to claim multiple nominations at the Academy Awards. The Parasite is one of the films which not only got nominated but took home many trophies as well. It created history by becoming the first South Korean movie to win an Academy Awards for Best Picture, Screen Play, Director and Best International Picture. This is truly a milestone for South Korean cinema.

The movie will be available to stream in Amazon Prime from March 27. If you haven’t seen the movie so far make sure to tune in on March 27. As per reports, it’ll be available in the streaming giant with Hindi dubbing.

Other than Amazon Prime, Parasite will be coming up in Hulu on April 8. Until then you can tune into other Bon Joo-ho masterpieces like The Okja and Snowpiercer in Netflix.

Stargirl 2: What To Expect From The Grace Vander Waal Starring Sequel