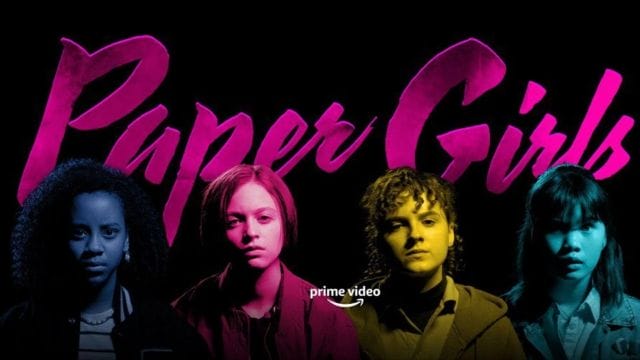 Paper Girls: Cast, Release Date and What Do We Know So Far?

In 2022, plenty of comic book shows are released. It’s just half a year passed but we have seen incredible comic book shows like HBO Max’s Peacemaker, Disney+ Moon Knight, Prime Video’s Boys season 3, and Netflix’s The Umbrella Academy. Soon another wonderful comic story is going to release on Prime Videos which is Paper Girls.

This is an upcoming American science fiction show. The show is based on the same-named comic book series which is written by Brian K. Vaughan and the book is illustrated by Cliff Chiang.

The show is set in 1988. The show revolves around four 12 years old paper delivery girls. In this show after Halloween, the girls got caught in a conflict between warring factions of time travelers during delivering paper in the morning. Does Filming of Paper Girls Finished? When Will the Show Paper Girls Release?

Paper Girls is going to release on 29th July 2022. The show is going to stream exclusively on Prime Video. If you don’t want to miss this show then go and subscribe to Prime Videos. The subscription fee for the month is $14.99 and for a year is $139.

How Many Episodes Are There in the Paper Girls Show?

All around eight episodes are there in the show Paper Girls.

Watch Out for the Trailer and Teaser of Paper Girls

The full trailer of the show has been released by prime Video now and you can watch it below video. The trailer introduces us to our four lead characters from the world of Paper Girls. We get to know about these girls more in the teaser and also have a glimpse of these Paper girls.

We also have received another trailer for the show which discloses the plot of the show. It shows paper deliveries, purple clouds and time travelling of course.

What is the Synopsis of Paper Girls?

In 1988, it is a day after Halloween when four girls are accidentally stuck in an intense time war. Moreover, they suddenly found themselves in 2019 and they come face to face with their adulthood. Each girl found her strengths and also save their future. Also, they find a way back to their past.

What Will Be the Cast of the Show?

Sofia Rosinsky played the role of Mac Coyle in the show. She is well known for her role in Lucy Harwood film which was a horror movie released in 2016. She also received a Young Artist award for her role in the movie The Other Side of the Door.

Ali Wong is also seen in this show as an adult Erin. Ali is a comedian and is well known for Netflix stand-up special Baby Cobra which was released in 2016. She also starred in the movie Always Be My Maybe which was released recently in 2019.

What is the Crew of the Show?

Brian K. Vaughan has penned the Paper girls along with he has produced this show also. Brian has written other comic books as well which include The Last Man, Ex Machina, Runaways and Pride of Baghdad.

Paper Girls is produced by Amazon studios, a Plan b production company which is the company of Brad Pitt and legendary Television.

It’s very difficult to comment on anything regarding this as it has some strong language, smoking incidence and use of alcohol. But we can say that it is a funny mysterious TV show which revolves around four girls.

The show is streaming now on Amazon Prime Videos. It was released on 29th July 2022. It is a must-watch science fiction drama which will make us time travel. So get ready and watch the show. Tell us your views regarding the article as well as the show.

When Hope Calls Season 2: What We Know So Far?