Trending News Buzz
Home Entertainment ‘Outside The Wire’ Is Definitely Not Outside Your Bucket List, Is It? 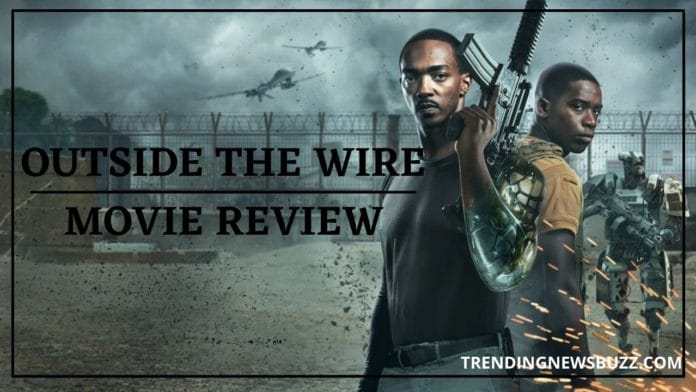 2021 has been the year of movies and series, isn’t it? With the pandemic hitting everyone’s lives, work from home and binge-watching has become a daily routine, right? And to our rescue we have back to back entertaining movies from Netflix, with Outside The Wire being one of them. Have you put it in your binge-watching bucket list? 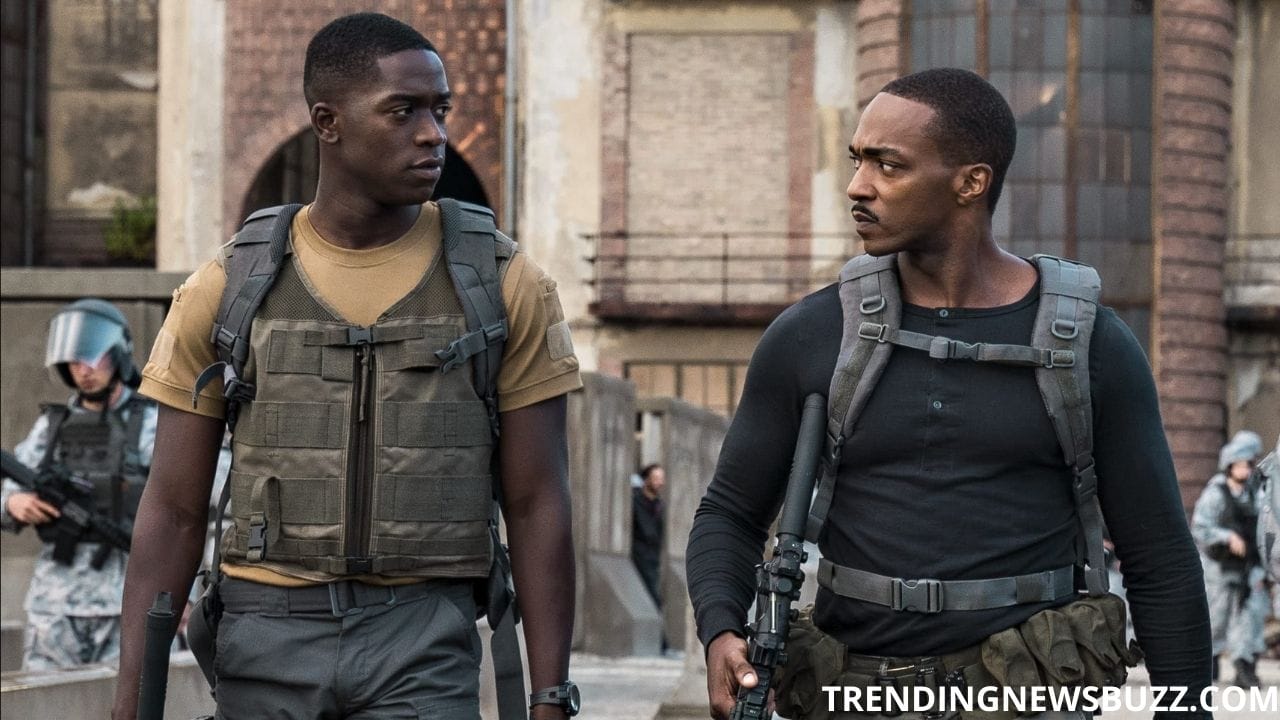 Outside The Wire has been one of the top watched movies on Netflix since its release. Action-packed and adventurous, the movie has captured a huge amount of audience attention in the debut week of its release, and is still receiving the same amount of love. Have you got your chance to watch the movie yet? 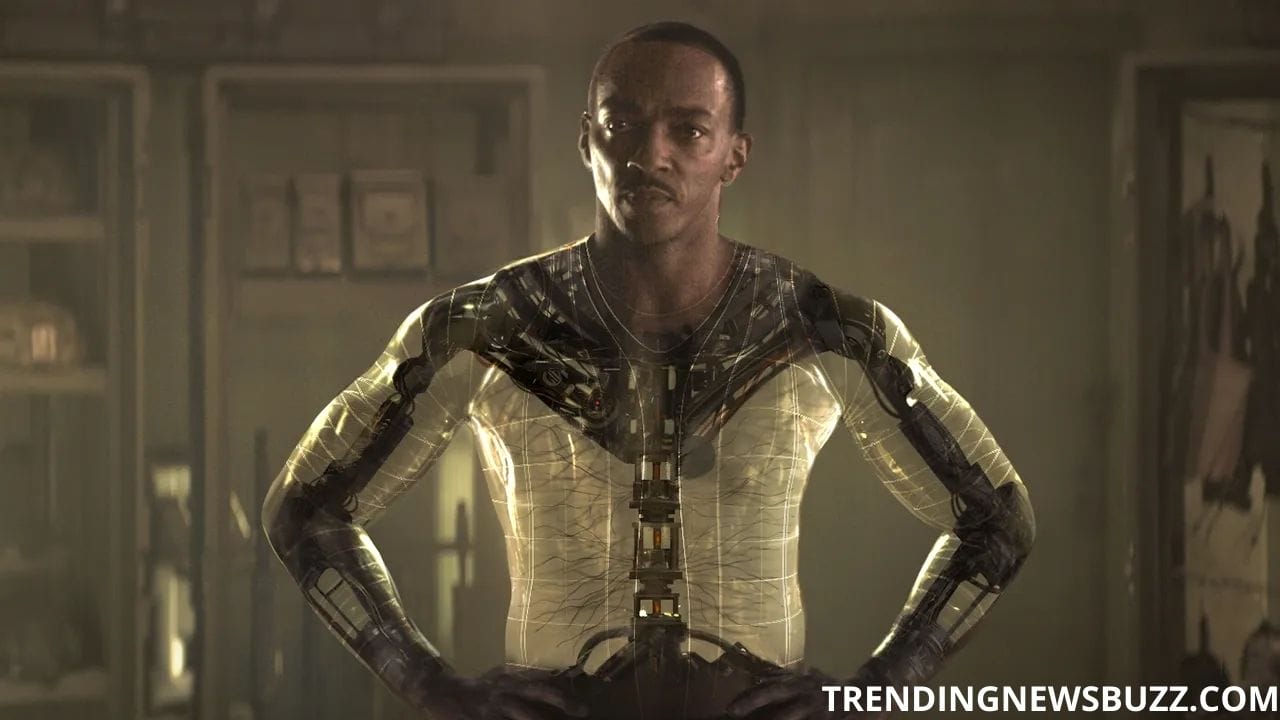 In this article we have gathered all the trending news for the movie, Outside The Wire, and we hope that it will be helpful to whatever you are looking for. Just keep reading till the very end and we will not disappoint you.

About The Movie- Outside The Wire

From the directional powers of Mikael Hafstrom, Outside The Wire is a 2021 science- fiction film that made its debut on our favourite streaming platform, Netflix. It is set in the year 2036 where the eastern parts of Europe are engrossed in the civil war. Does it sound interesting to you too? 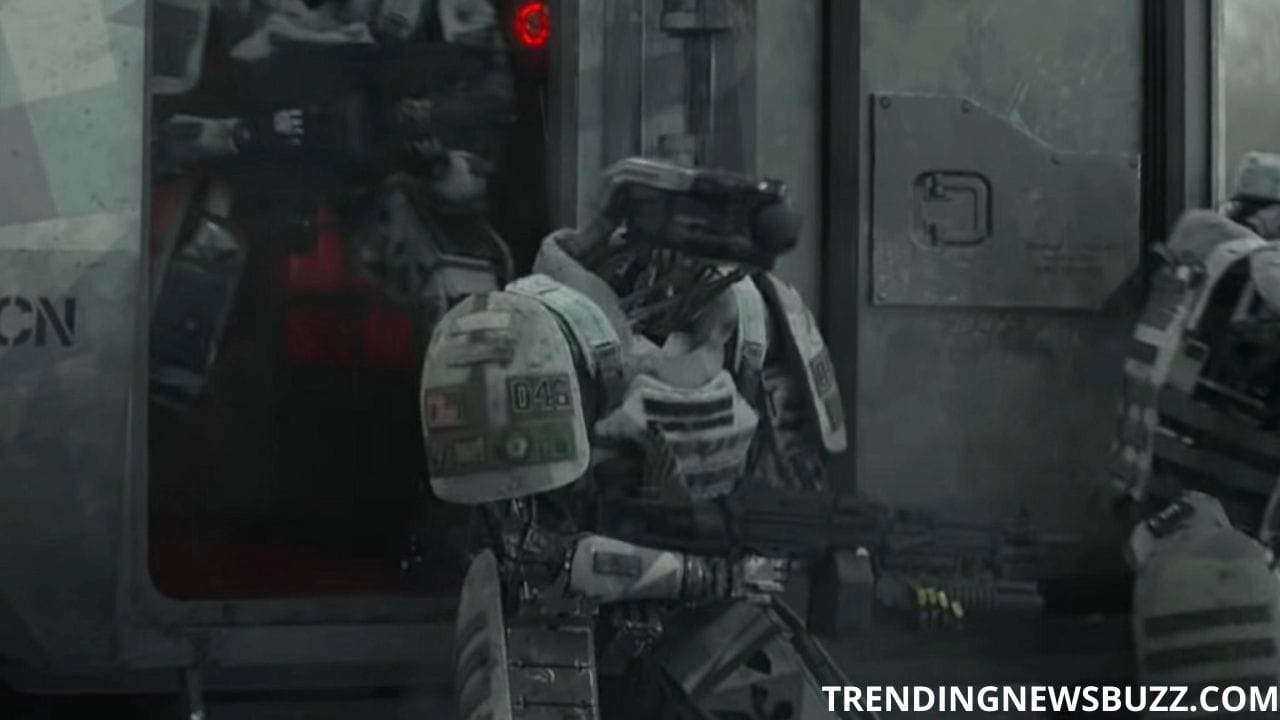 Science- fiction has been the most loved genre of all times because it gives us a different feel of the unknown, right? And when you have Outside The Wire under the same umbrella, how could you resist, isn’t it? With this into account, the film was well received by the audience, and is still catching viewers. 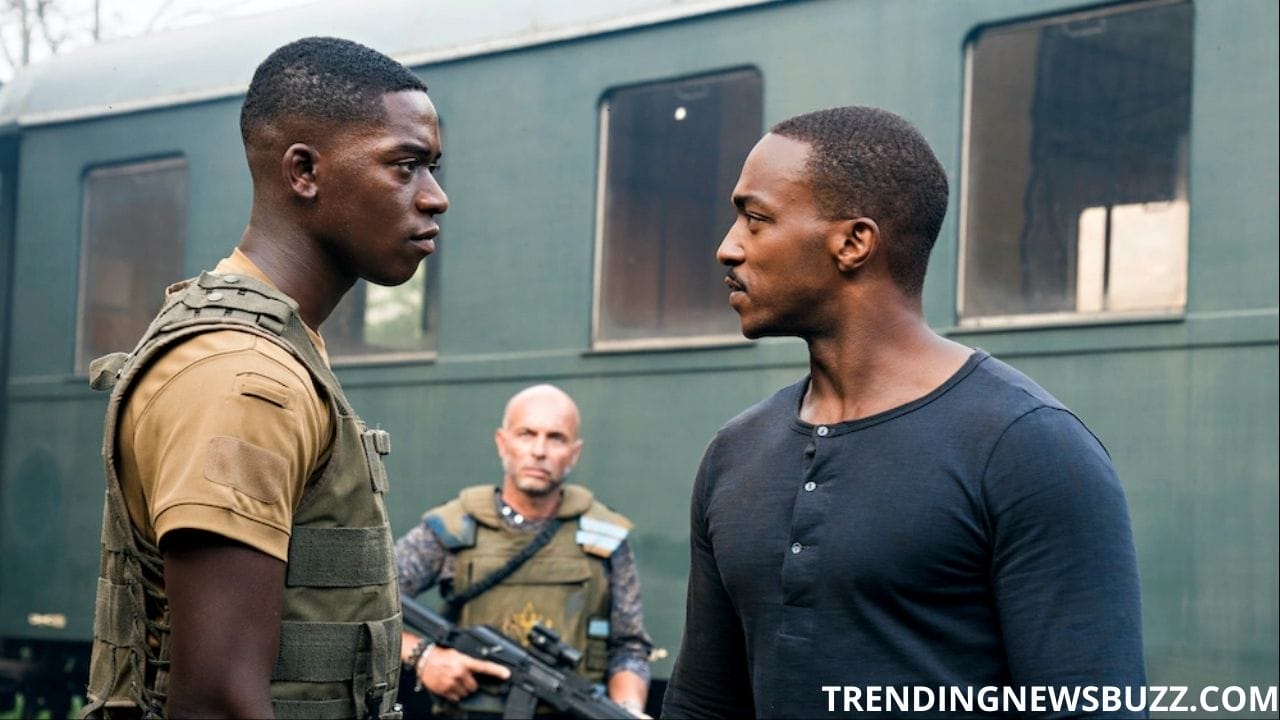 The announcement for the film was made in the month of June, 2019 with Anthony Mackie in the lead role. He is also one of the producers of the movie. In the following month other important cast members joined on board and the filming for Outside The Wire began in August 2019.

Quick Info For Outside The Wire

Trailer of The Movie- Outside The Wire

Now, before we move further with this article, let us take a short look at the trailer of the movie. Here you go, click on the play button below:

Isn’t it just amazing? A trailer which can give you goosebumps, right?

What Is The Release Date of Outside The Wire? 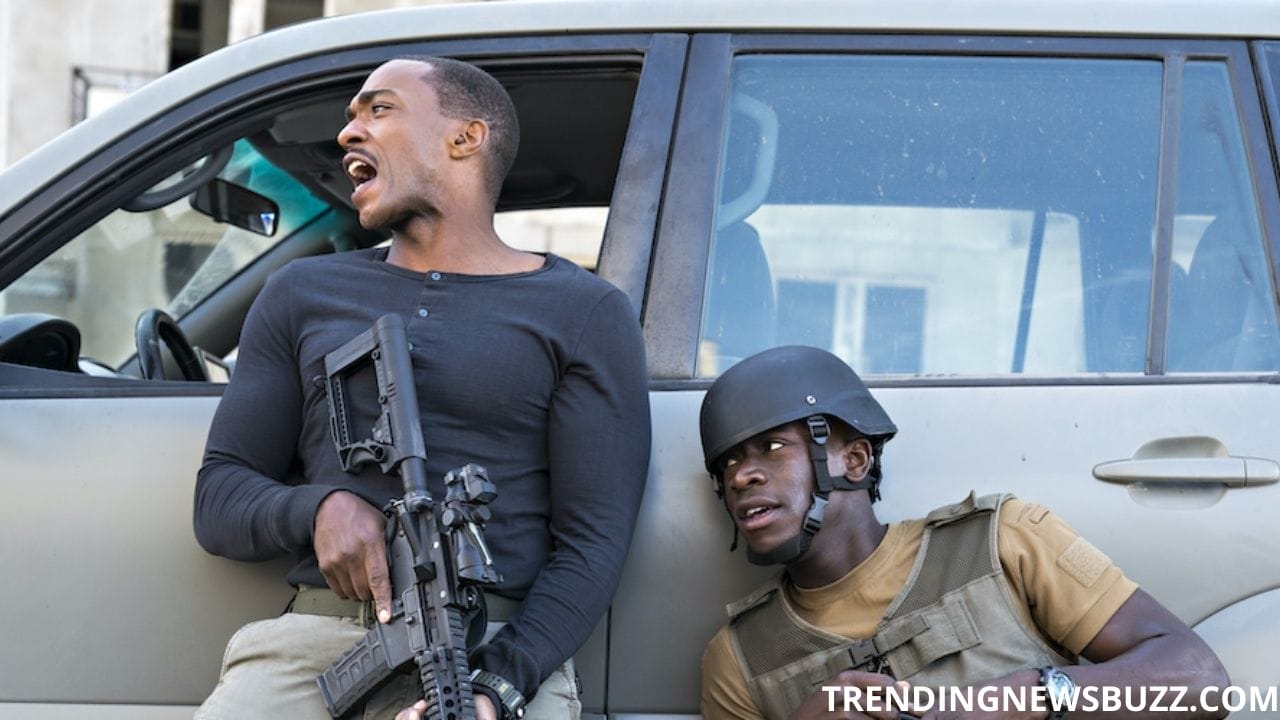 The movie, Outside The Wire made its digital debut on the 15th of January, 2021 exclusively on the streaming platform Netflix. After its release, the film has proven to be the most watched film on its premiere weekend, which was backed by its 66 million viewership in the first quarter.

Who Were On The Sets of Outside The Wire?

Here is the list of the main cast and characters of the movie, Outside The Wire. Let us take a look below: 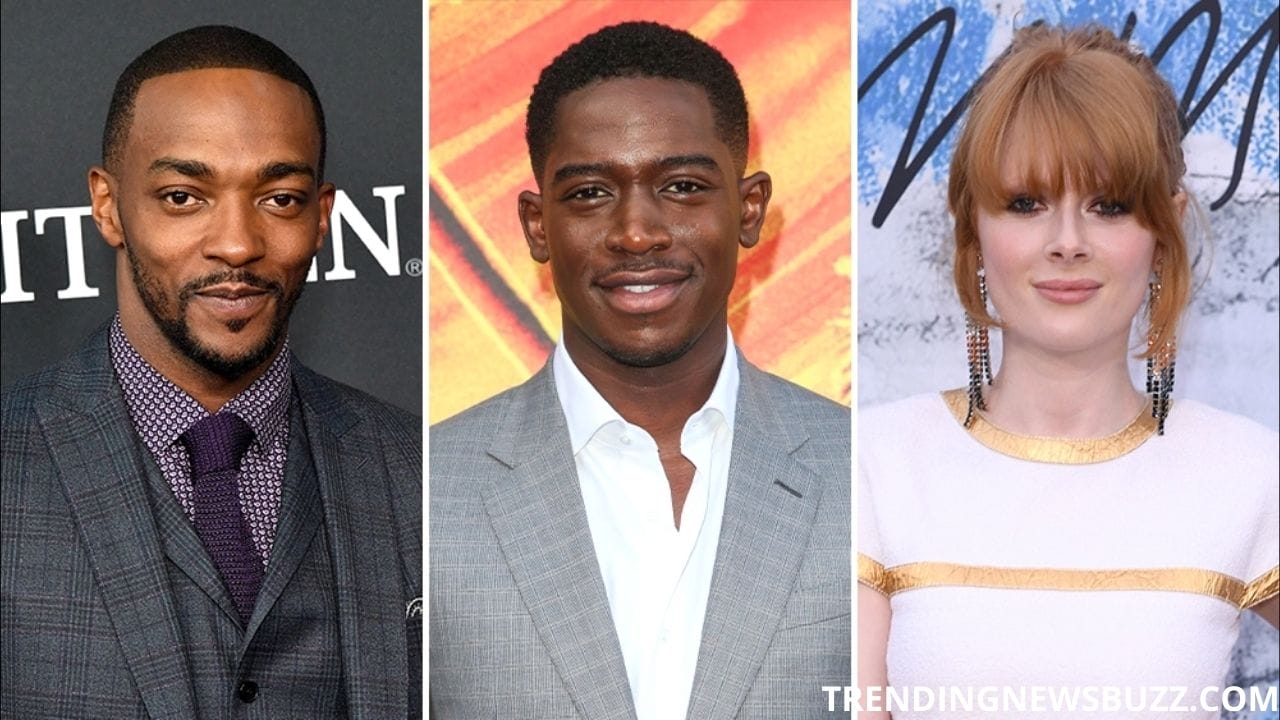 What Is The Plot Line of Outside The Wire?

The movie, Outside The Wire is set in the future- it is the year of 2036, and drone pilot Harp is sent into a civil war zone, where he finds himself teaming up with a top-notch android officer, Leo, in order to cease the nuclear attacks. 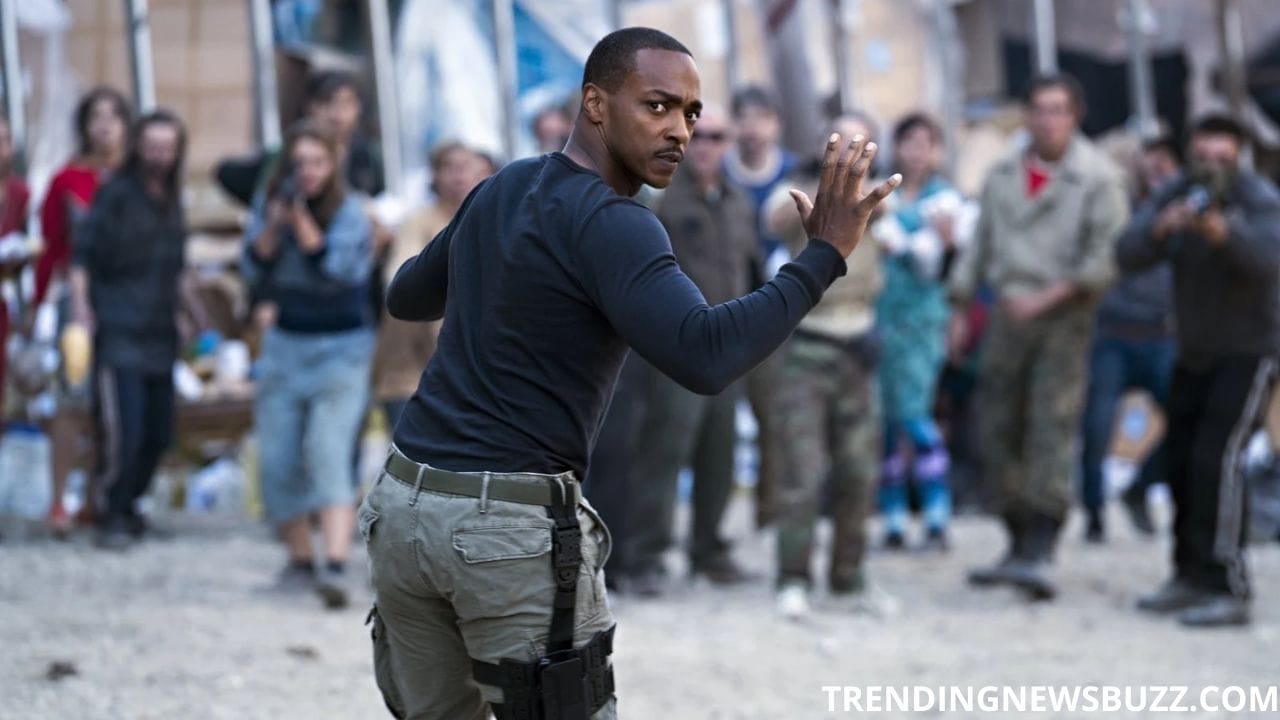 Harp is sent to the deadly war zone after being disgraced because he disobeyed orders given to him. There he meets with Captain Leo and unknowingly starts working with him, they both plot a mission to locate the doomsday device before the insurgents do, to stop the destruction. 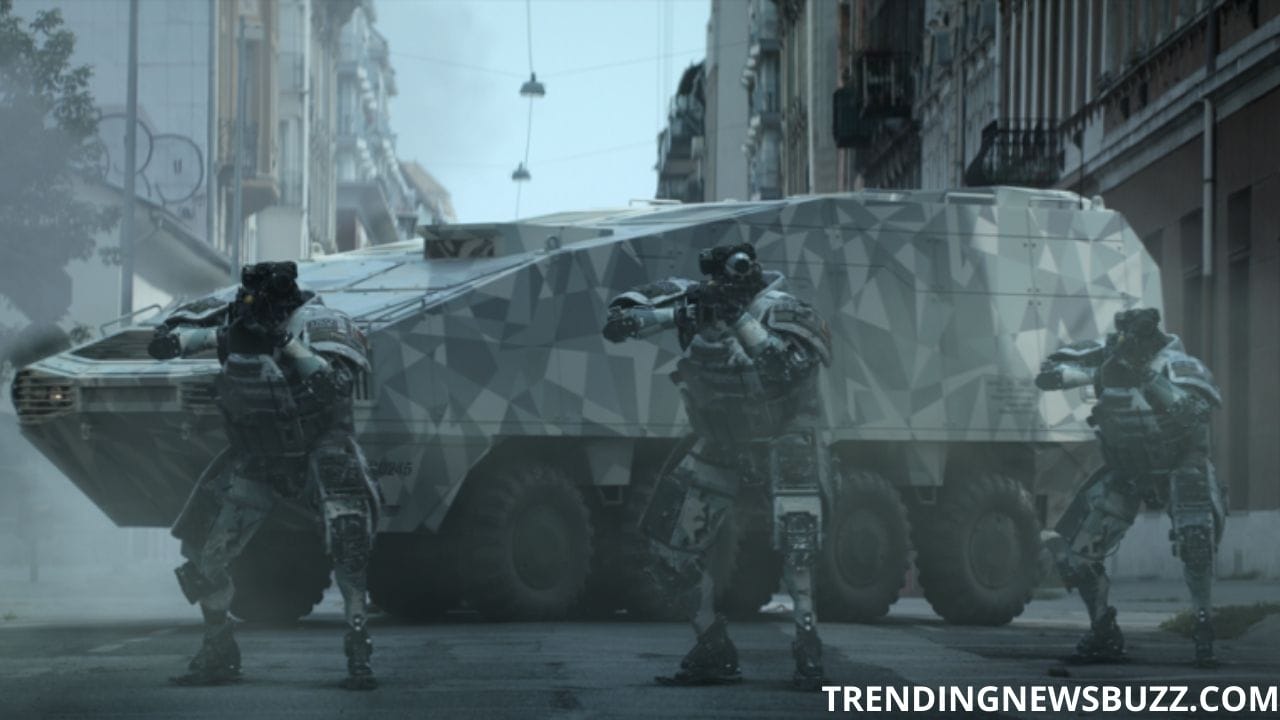 All of these are action-packed with a lot of twists and turns in the journeys of the two officers, both specializing in different fields, brought together by unity and teamwork, only to stop the nuclear attacks from the opposition.

Is Outside The Wire A True Story?

No, Outside The War is not a true story, but it is definitely a warning sign of the impact of technology on war. With an unsettling picture of a future warfare, there are some essential plot lines that will make you feel it is a true story.

What Are The Reviews For Outside The War? 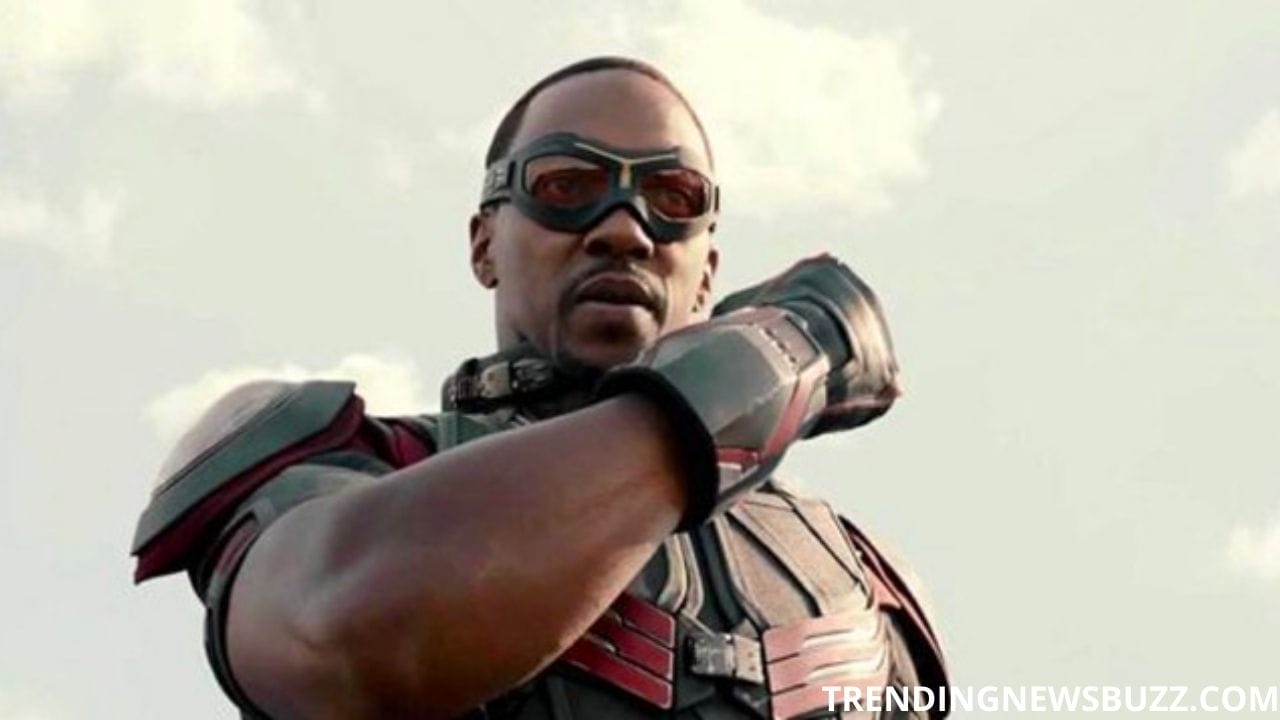 Outside The War received mixed reviews from the critics but the audience to pour their hearts for the movie. Here we have divided the review section into critical responses and audience responses for you. Read on to find out.

Critical Responses For The Movie- Outside The Wire

Critics say that the movie is a ‘serviceable Sci-fi diversion’ which has enough action sequences to keep the viewers engrossed, even if they are likely to forget those scenes. They also believe that the movie has so much to offer that it could be a miss if you haven’t watched it! 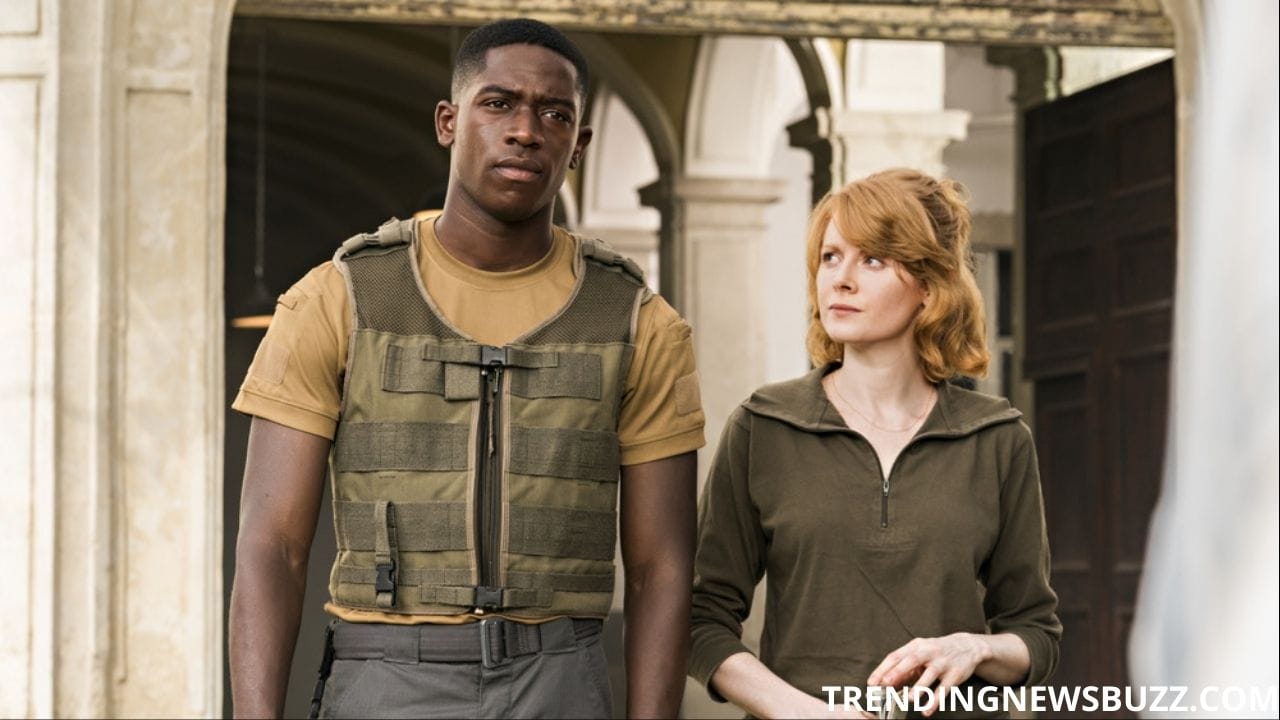 On the other hand, some critics question the modern warfare mode of the future, will it really be of such great heights in the near future? But that does not actually matter, it is a fictional world after all, isn’t it?

Audience Responses For The Movie- Outside The Wire 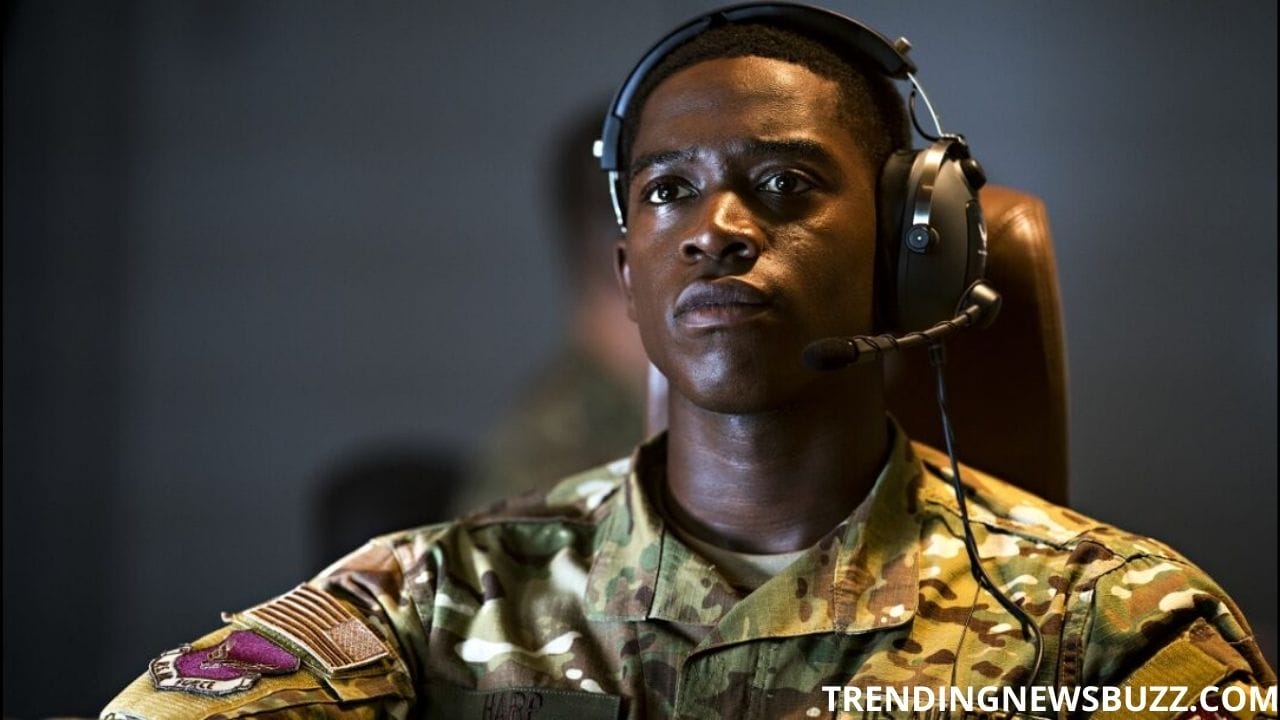 A large part of the audience seem to be very pleased by the movie because they think that it has done the things that most films won’t do. They say that the movie has the perfect amount of action, sci-fi and political elements and there is no exaggerating of anything. Everything in the movie is introduced as concepts that everyone of us has heard or thought of at some point in real life, which means that the movie has the essence of reality. At the same time, they appreciate the acting, action sequences, and the strong setup. Lastly, they talk about the special effects in the futuristic world which are actually out of the world. 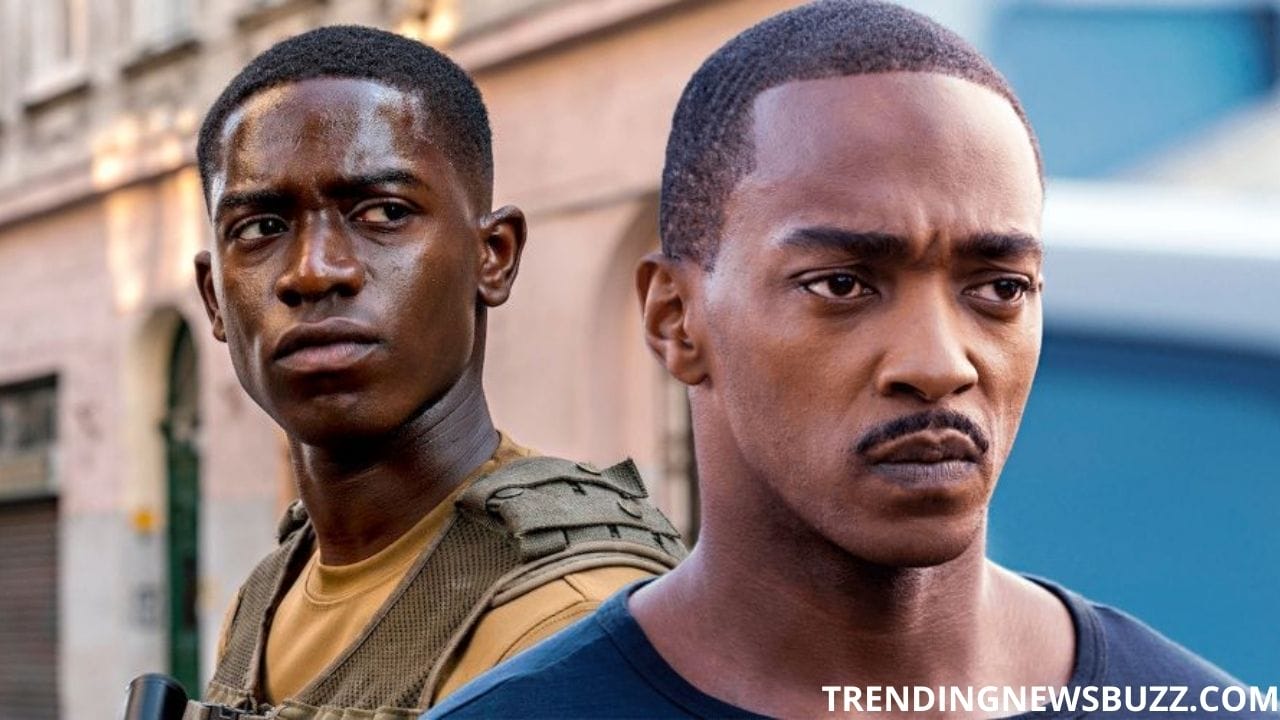 That was all that we had to offer for the movie Outside The Wire. We hope it was helpful. Have you watched it yet? If not then definitely grab your chance, because it is worth a watch! Till then, tell us about your views and thoughts in the comment section below. We would love to read from you.