First and foremost, Trump was censored by Twitter for having glorified violence.

He had said ‘when the looting starts, the shooting stars’. This had ignited a massive rage inside the hearts of the protestors.

He did once say that George Floyd will have died in vain, he spent most of his time complaining about social media firms.

He also condemned China and even seemed to gloat that the protestors in Atlanta had smashed the entrance of the city’s CNN office.

Trump even opted to not make any comment whatsoever about the situation in his daily press conference.

Nonetheless, he declared that he was withdrawing the US from the WHO amidst the wrecking pandemic.

At this very stage, if anything, it feels absolutely doofus to even compare the current president and the former one.

But the entire difference in diligence, decency and subtlety is baffling.

In one statement, Obama accounts the conversations he has had with friends in recent days about Floyd’s death.

He expressed his emotions in a heartfelt tweet and said that this shouldn’t at all be normal in 2020 America.

Obama added that if people want their children to grow up in a nation that lives up to its highest ideals, then they can and must be better. 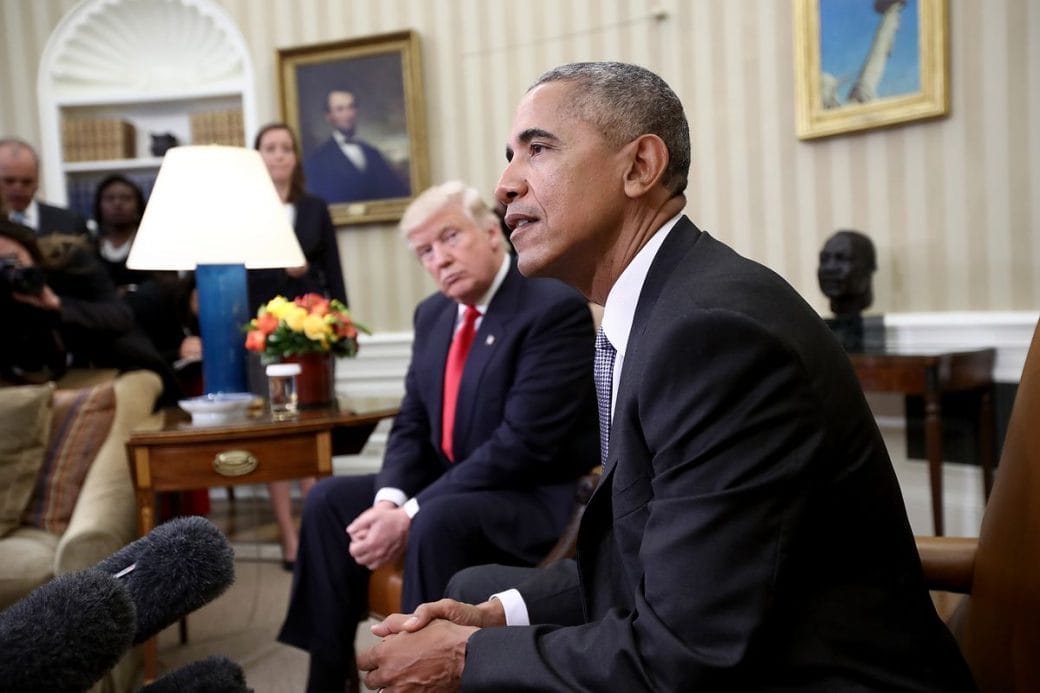 He also mentions the viral video from 12-year-old Keedron Bryant, who sings.
His words were “Every day/ I’m being hunted as prey/ my people want no trouble/we’ve had enough struggle, I just want to live.”

Michelle Obama, the former first lady also shared her thoughts in an emotional Twitter post where she pays homage to George Floyd and other victims of violence.

During the wake of this situation, the US has reported clashes even outside the White House.

Derek Chauvin, the police officer who was recorded with his knee on the back of Floyd’s death has since been arrested.

He has been locked up and charged with third-degree murder and manslaughter.