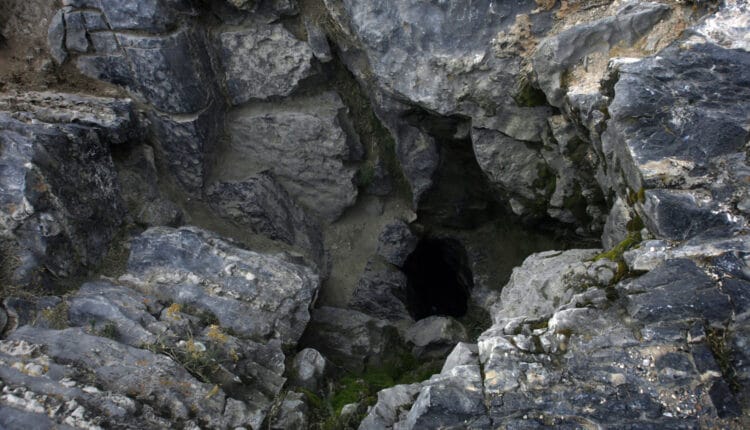 Are you an adventurous person? Well, there are a lot of hidden adventures for people to go on. In recent times, the craving for adventurous sports have risen and this creates a huge excitement for people. However, many adventurous things lead to the death of the people and the government and officials are trying their best to seize such places.

In this article, we’ll be going to read about one such incident where a 26-year-old medical man had to leave the world, leaving behind his pregnant wife. In this session, we’ll be going to discuss the Nutty Putty Cave accident in which John Jones tragically lost his life in 2009. Through these incidents, we came to learn how caving can lead to death, causing a lot of harm to a person’s life and belongings.

Nutty Putty Cave is located in Utah. The cave was officially explored in 1960 and became known among the world after its small and narrow passageways. The cave has twisted and turned slippery passages. The Nutty Putty cave has been named for different passageways, like The Birth Canal, The Aorta Crawl, The Scout Eater, and The Maze.

Nutty Putty Cave has a length and depth of 1355 and 145 feet, respectively.

John Jones: Everything You Need to Know!

John Jones has gone to many caves and has developed this habit since he was little. However, as he grew older, he rarely had any caving experience and the last one he had was with his family, where his father took him and his younger brother Josh on caving trips in Utah.

You may also like A Top Off Guide to The Amazing Car Collection Of Jennifer Aniston Infographics!!

John lives with a big family and his father has five boys and two girls. Along with this, he has 16 nieces and nephews. John has a positive nature and is a spiritual person. According to his family, he was a “good nature, a delightful sense of humor, strong work ethic, a genuine love of people, a masterful ability to relate to children, a love of and unwavering faith in the Gospel of Jesus Christ, and his commitment to his family as an amazing husband, father, son and brother.”

When the accident happened, John was studying medicine and was about to become a pediatric cardiologist. Along with this, he has a wife and a child and her wife was already pregnant at the time.

As John goes on the trip to the nutty Putty cave, he is accounted for by his brother. Both John and Josh decided to go back to their old adventurous spot and relieve their old adventurous fantasy of hunting the caves. They planned on November 24, 2009. Their trip started on Wednesday around 8 p.m., a few days before Thanksgiving, and they reached the cave site.

They were not alone, they had 9 more friends who joined them in the adventurous spot and for caving, it was a large group according to the parameters and also for the Nutty Putty Cave.

You may also like: Dragon Prince Season 4 Release Date, Plot, Review, and Much More

Things were pretty easy and smooth in the beginning. The group reached the largest room of the cave, named  Big Slide. According to the report,  the group later decided to head deeper and they challenged their caving. They heard that there is another big room in the cave and it had narrow and challenging passageways.

John was the first person to decide to go in. He was already the most excited and most dedicated to these journeys. He leaned forward and initially the way was smooth but somehow it didn’t open in any big room, rather it became more narrow and small. John was confident that he would see a bigger room however, he was a little too confident and already crossed 50 feet deeper. It was late for him to think again.

Now there are no details regarding which chamber he went to. No one knows whether he has entered the Birth Canal or not. There might be a chance that he has accidentally led to another canal other than Birth Canal

Josh was the one who was following John and as soon as he find out that John has been struck, he went ahead and helped him to be out. However, he was not as powerful to pull him and only managed to get a few inches of movement. He prayed for his brother and quickly went to his friends. He asked his friends to be there and he went to the ground where he asked for help.

You may also like Fantastic Beasts 4 Cast: Warner Bros. Announced the New Cast, Check it Out!

He was able to get help from Susan, who was a local rescuer who immediately left everything behind to help John. She arrived at midnight and it’s already been 3 hours since John was stuck in the location. Since Susan was small and already led to many rescuers, she left no time to reach him.

Within the next few hours, tens and tens of rescuers arrived. However, all these rescuers were not able to let him out.  According to the report, “A total of 137 rescuers worked hard for 27 hours to save John but had to leave the tragic site with empty hands and heavy hearts. One of them told the media this was his toughest rescue in his 29 years of being a search-and-rescue volunteer.”

However, all these people were unable to get him out. The rescue was one of the hardest ones for the workers.

They even said that they have never seen this since their 30 years of career. Soon, the medical team arrived and announced John was dead.

A week after, public authorities decided to close Nutty Putty Cave to the public permanently. It has been sealed ever since and no one has ever tried to get there. The incident shook the world and the government decided to close such tragic places for the people.

There have been many documentary stories featuring this kind of incident and the incident of Nutty Putty has already been documented in the news channels.

Like this article? Read more from our official website Trending News Buzz and get all the latest news about upcoming events. Share this article with your friends and family and let them learn more about such incidents.