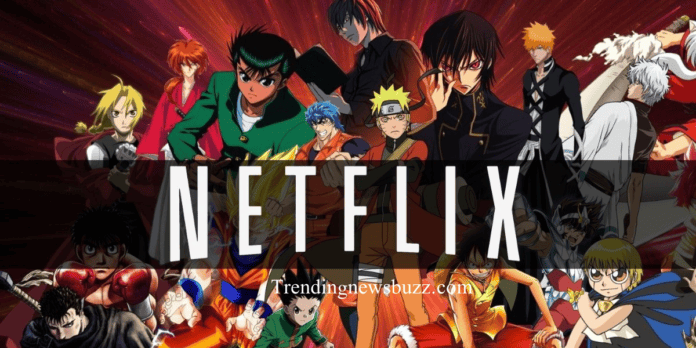 2020 has been a tough year. First, it was coronavirus then came its repercussions.

Back to back, anime fans saw their favorite Anime show getting postponed to 2021.
The list is pretty big.

Based on a Japanese manga series with the same name, black butler tells the story of 13-years old body head Ciel Phantomhive. Most commonly known as Queen’s watchdog, ciel is the son of Vincent Phantomhive and Rachel Dalles. He’s the owner of fantom company and leads the Phantomhive noble family.

On Ciel’s 10th birthday, Phantomhive manor was attacked by some unknown criminal. Because of this incident, Ciel lost his parents and family dog, Sebastian.

Then the attackers kidnapped him and sold him off to Slavery. After ending up in the hands of a demon-worshipping cult, he had endured endless physical, mental, and sexual abuse.

After all this misfortune, then came a night when Ciel unknowingly summoned a demon. In return for his request to kill all the cult members, Ciel sells his soul to the devil. With a devil in his corner, Ciel decides to avenge those who brought down the house of phantomhive and killed his loved ones.

After the last original video animation, Black Butler: Book of Murder in 2017, the possibility of the black butler Anime series getting season 4 has reached the skyline.

Read it: When Can We Expect Arrow Season 9?

Based on 90’s popular Manga, Baki is a Netflix anime series by Atsuhiro Tomioka. Baki Anime series is the story of Baki Hanma. He’s raised by his wealthy mother Emi Akezawa. With the hopes of making Baki as powerful as his father Yujiro Hanma, she funds his high skill training.

Within no time, Baki overperforms traditional training and joins a ruthless training just like his father’s. In the training process, he fights off multiple powerful fighters. After getting prepared, he fights his father only to lose in the end.

He then travels all over the world to continue his hard training. During this time, he fights with powerful fighters of various martial artists.

Now, with Baki season 4, the Netflix Anime series is all set to conclude the final arc where he’s once again expected to fight off against his father. Titled Baki: Hanma, the final season of the Anime series is scheduled to release sometime during early or mid-2021.

As we’re getting close to the release of Baki Season 4, their upcoming father-son duo is looking bigger than ever.

More Stories: When Can We Expect Arrow Season 9?

Eden Season 1 is another Netflix Anime that’s delayed because of covid-19. Initially announced to release sometime in the fall of 2020, Eden Season 1 is now postponed to April-May 2021.

Eden is a dystopian science fiction Anime series by Kimiko Ueno. Next year this new Anime series will release exclusively on Netflix.

The upcoming sci-fi series is 1000’s years ahead in the future where it tells the story of a City Eden 3.

In the future, the city is solely occupied by robots. With no human presence for goodness knows how many years, two farming robots accidentally find a human baby girl in front of them.

Earlier considered as an ancient myth, the two farmers now consider the ancient myth as real. So, they decide to raise the little girl right outside of Eden in safe heaven.

With the amazing storyline set in motion, the upcoming Netflix Anime Eden is in great demand. Even though we’re months away from the release, here’s the sneak peek of the Anime series via its teaser trailer.

Mob Psycho 100 is the 4th Anime on the list of upcoming Netflix anime series of 2021.
Ever since the conclusion of Mob Psycho 100 season 2 in 2019, fans are demanding its season 3.

After patiently waiting for a year, fans were expecting the next season to release sometime in the fall of 2020. However, because of the ongoing covid-19 pandemic, the series is now postponed to April 2021.

Even though, that too isn’t confirmed yet.

As for its plot, mob Psycho tells the story of an average middle school boy named Shigeo Kageyama. In the Anime series, he’s a modest person with immense knowledge of psychic power.

In order to keep his powers in check, he lives a restrained and emotional life. He further takes a job as an assistant to con-man Teigen Arataka.

Originally scheduled to release in 2020, these are the 4 Netflix anime shows postponed to release in 2021. That’s not it. In 2021, Netflix is likely to add Resident Evil: Infinite Darkness, B: the Beginning, to its anime library.

Out of all the upcoming Netflix anime shows, which one you’re looking forward to watching? Do let us know in the comments section given below.