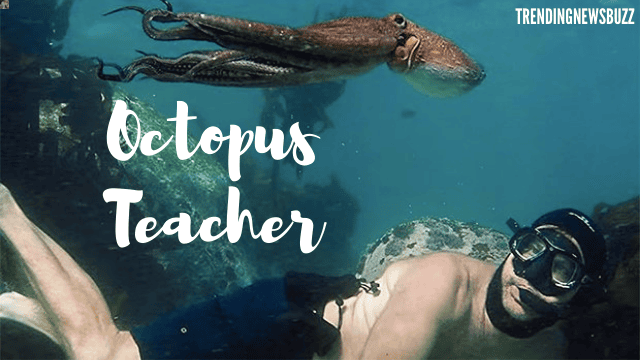 Craig Foster, a South African filmmaker and naturalist, refers to his underwater adventures with a wild common octopus chronicled in the film, My Octopus Teacher as “a one-of-a-kind narrative of connection”. The Netflix film depicts Foster’s relationship with the eight-legged monster. The film demonstrates this relationship over the course of a year spent diving in an Atlantic Ocean kelp forest. This film was also nominated for an Academy Award, British Academy Film and Television Arts Award for best documentary this year. 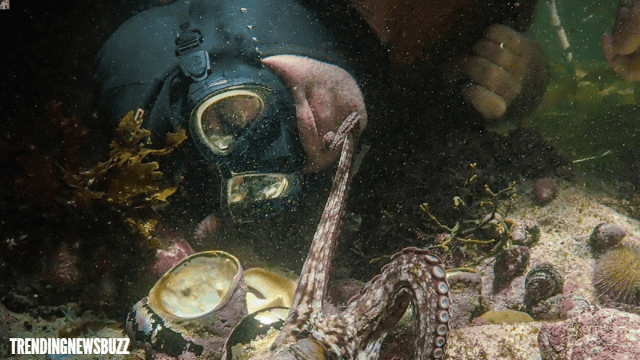 In a difficult year defined by political split, social turmoil, and COVID-19 isolation, this calm yet astonishing Netflix documentary is connecting with people. Continue reading the article to know more on this extraordinary documentary.

What Is the Film All About, My Octopus Teacher?

Craig Foster, the protagonist of the show loses his sense of purpose. He undertakes a daily diving program in the frigid kelp forests off the coast of Africa to re-energize himself. What he discovers beneath the surface of the water is a completely alien motivation. This motivation is in the form of an unusually curious octopus. This particular film shot the magnificent record of an animal’s whole existence over a year. It explores the behaviors and characteristics of a bizarre, undulating creature that most of us have only ever eaten.

The octopus, who is bright, dexterous, and durable, shares her secret world with Foster as they form a heartwarming friendship. Foster holds his breath while engaging with the octopus, making the underwater encounters genuinely breathtaking. My Octopus Teacher is a vivid portrayal of human–animal understanding, full with danger, drama, and heartbreaking emotion. It holds you with all its eight arms and changes its camouflage, revealing colors and textures you’ve never seen before. 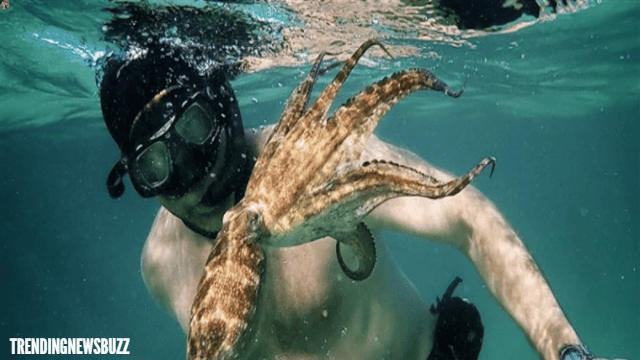 Foster’s journey to understand an octopus and himself, as well as the film that captures it, is quite remarkable. Viewers see a guy dealing with weariness and burnout recover meaning through a friendship with an octopus in the Great African Sea Forest off the coast of South Africa.

Read also: The Way of the Househusband Season 2: Watch and Review!

Foster went free diving without a wetsuit or scuba gear every day for a year in the chilly waters outside Cape Town, with water temperatures as low as 46 degrees Fahrenheit, to see an octopus. He desired to be “more like an amphibious animal,” with no boundaries between himself and the sea. It’s enthralling to see trust develop over time between a man and an inquisitive, creative octopus referred to only as “her”. Foster never named her because “she was not a pet and I appreciate her wildness,” he told TODAY in an email.

Making of the Film

Some of the world’s greatest filmmakers, cinematographers, and biologists created the film “My Octopus Teacher“. Cutting-edge 6K cameras were used to shoot this film. The film is the first to integrate high-end blue chip natural history scenes with the tale of a human and animal interaction. It captures the particular creature’s lifespan in the wild. 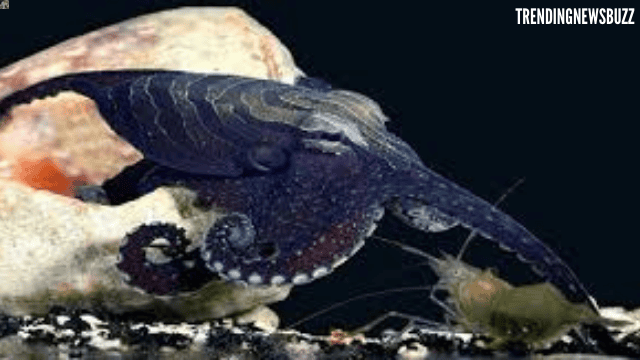 My Octopus Teacher was shot on the beaches of False Bay, much of which is part of the Table Mountain National Park Marine Protected Area. It was established in 2004 and is overseen by South African National Parks (SANParks). There were concerns from the start about how the tale should be portrayed. Would it be a natural history documentary with a traditional voice-over? Should Craig participate in an interview? What about those who had encountered the octopus and been a part of Craig’s adventure? Should they also appear on camera?

With just a few early cuts of the first few minutes, it was evident that incorporating extra characters was both confusing and diluted the tale. One of the most contentious disputes was on how to transmit the film’s environmental themes and how much of an overt message to include. Pippa Ehrlich, the film’s director, was certain that if they delivered the tale correctly, the conservation message would be integrated within it without the need to be vociferous about conventional, often polarizing environmental problems.

Cast and Crew of the Film

The film cannot be described in words; seeing it is a sensory experience. But it hasn’t stopped the Twitter verse or, to be honest, the writers from attempting. Something about the picture strikes a deep chord with both reviewers and the general people. “I’m never eating calamari again!!!!” and “I’m in tears” are some of the comments. With some more comments such as “Really beautifully done film that emphasizes some of the amazingness that occurs in nature” and “The world would be a better place if every person viewed this wonderful piece of cinematography.”