Trending News Buzz
Home Technology MSI Modern 14: This Laptop Can Do What Apple MacBook Pro Did

Apple products always stand on a level in which most people cant afford. Its products become more innovative in performance. But there are rival devices that can do the same in performance but in a lower price range. Now, MacBook Pro 13 is the latest model launched by Apple. An incredible machine with awesome features.

However, there are many other laptops with the same specifications. MSI Modern 14 laptop is one of them. Apple’s hardware is always special with exclusive built-in features. Intel 1068NG7 is an Apple exclusive in MacBook Pro. Besides, an Iris Plus graphics can push 4K content at 120Hz.

Also, Read  OnePlus OxygenOS 10 Open Beta 13 Update For The OnePlus 7 And Pro. It Comes With Improvements Including The Camera Quality! 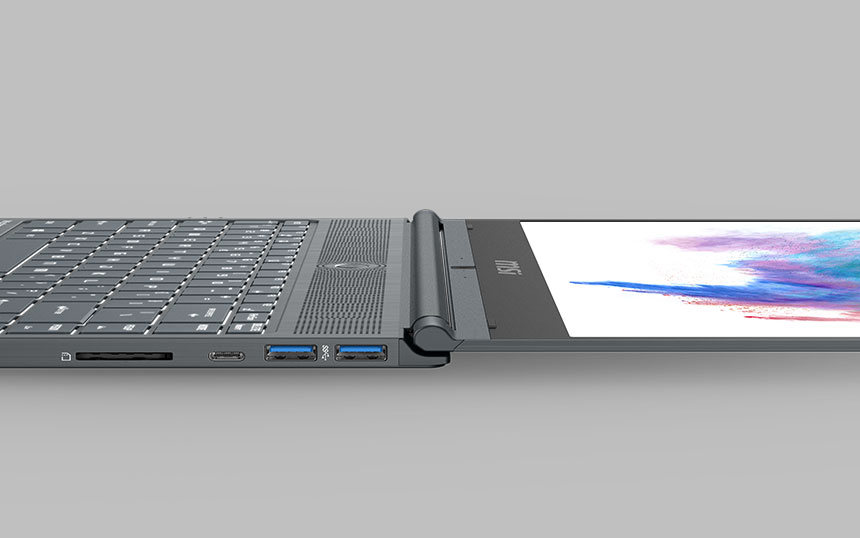 MSI is already well known for its motherboards and gaming laptops. It is been around here for the last successful 20 years. After all, the new model from the company as a rival to Apple’s MacBook Pro is Modern 14. This model features a 2TB XPC M.2 NVMe SSD along with Windows 10. It has a CPU of Intel’s Core 17-10510U which is a little slower compared to MacBook Pro.

However, you get a dedicated Nvidia Geforce MX330 graphics card with 2GB GGDDR5.  Even though, MSI’s new entry cannot compete with MacBook Pro in every level. But for a user who needs a high-performance laptop within an affordable price range. Then this is their catch. MacBook has advantages when coming to memory and battery features. The MSI Modern 14 is now available for preorder for $1461