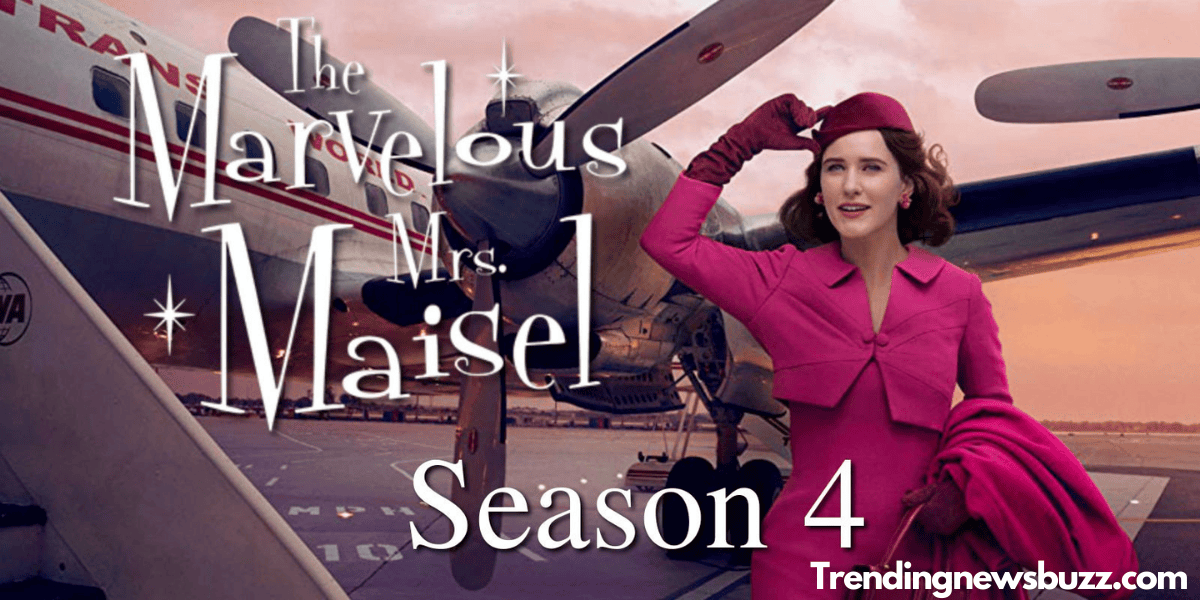 What is the status of the Mrs. Maisel American series? Is it renewed or cancelled? What do you think the show is and is it coming back after leaving the series at a cliffhanger on the last episode of season 3?

The good news for the fans of the Maisel Season is that it is renewed for the fourth season and new season first look two photos are released or shared through a Maisel’s twitter account with the caption – “Here’s a look at Season 4 of #MrsMaisel- let’s hear some first reaction!”

Here is the two photos and in one pic Midge is lying and thinking and in other pictures parents are looking at the tv and eating dinner and are happy with her daughter’s talent and are they living somewhere else and not with Moishe and Shirley Maisel.

There are many questions which are arising in the minds of fans: what will they see in the new season, will the story be different from the previous seasons, where is Midge, is she still in Vegas and will she start her career as a dancer?

Let’s wait and see what season 4 of Mrs. What Will Maisel bring for you? 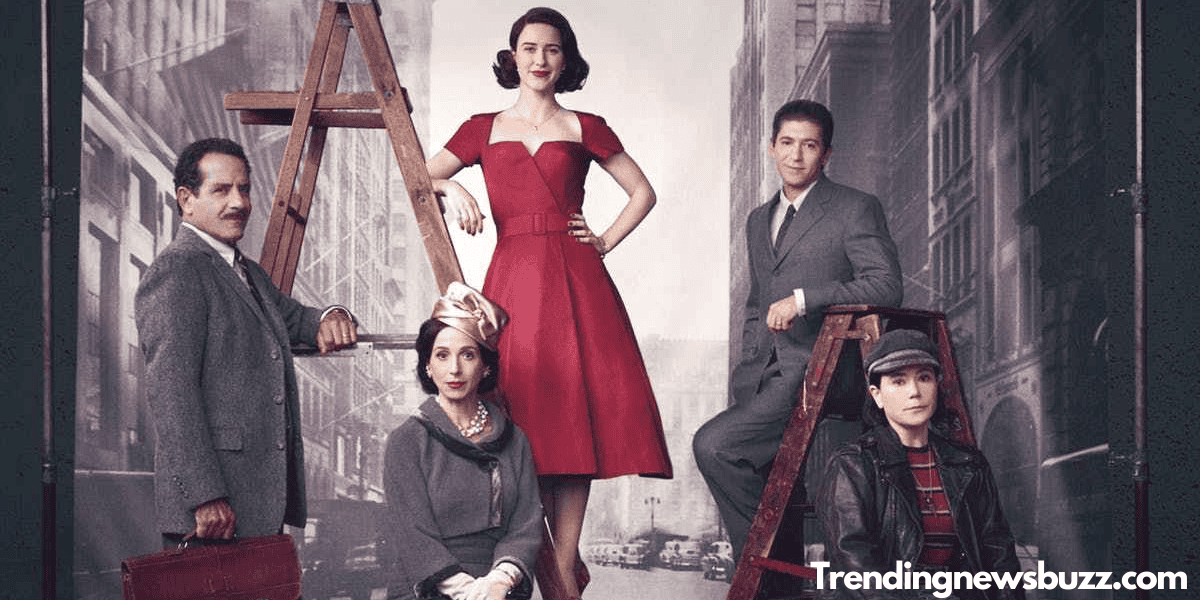 When Will Season 4 Come?

The show was confirmed by Amazon Prime Video in a short period of time but it was officially confirmed later on when the third season was concluded. In the end of 2019, it was announced by the company they ordered another season of this comedy Mr Maisel who turned up as stand- up comedian but why is the season so delayed and not come until this time.

The show was scheduled to start its production at the time of spring in 2020 but due to coronavirus all things are stopped and even the production is postponed last year and then the started the production of the new season in 2021 whose filming was already completed which indicates that the Mrs. Maisel’s fourth season is coming soon.

The exact release date about the show is not confirmed but we hoped that new installment will come and start airing in the beginning of 2022 on Amazon Prime Video and chances of series coming out this year is very less as until this time its official trailer is not came out and only one month is left in this year.

Celebrations were done by Amy Sherman-Pallandino, who is the show creator and the executive producer and said that, “We were thrilled to hear that for the fourth time, we don’t have to pack up and vacate the premises. And then further added “We’d like to thank Amazon for all their faith and support, their partnership and enthusiasm, and for letting us hang with our favorite people, the cast and crew of Maisel, for a little while longer.”

Are you missing Aidy Bryant in the Shrill series and searching for Hulu’s one of the popular series Shrill for the new season 4? Then it is sad to say that Shrill is cancelled after the release of 3 seasons of fat girl who wants to change her life without changing her body size and I really appreciated this drama……Read More: Shrill Season 4: Hulu’s Shrill Comedy Drama Cancelled!

Actual plot of the new season is not confirmed but on November 14, 2021, 2 pictures for the series where released y Rachel Brosnahan on Instagram post in which Midge is shown lying on the pillow and the scene looks so beautiful as the surroundings are covered with colorful costumes and in other photo her parents are seen and they are enjoying the dinner.

In the new season you will different story of Midge as she is kicked off by Shy in the finale so the where she goes, what will happen to her and many things comes in the mind of lovers of the series Mrs. Maisel.

A post shared by The Marvelous Mrs. Maisel (@maiseltv)

Palladino tells Glamour- “We’re going to be telling the Maisel story slightly differently in the coming season.” “a little more open for us because we try to see a couple seasons down the line… because everything affects everything, so we’re trying to figure that out now.” 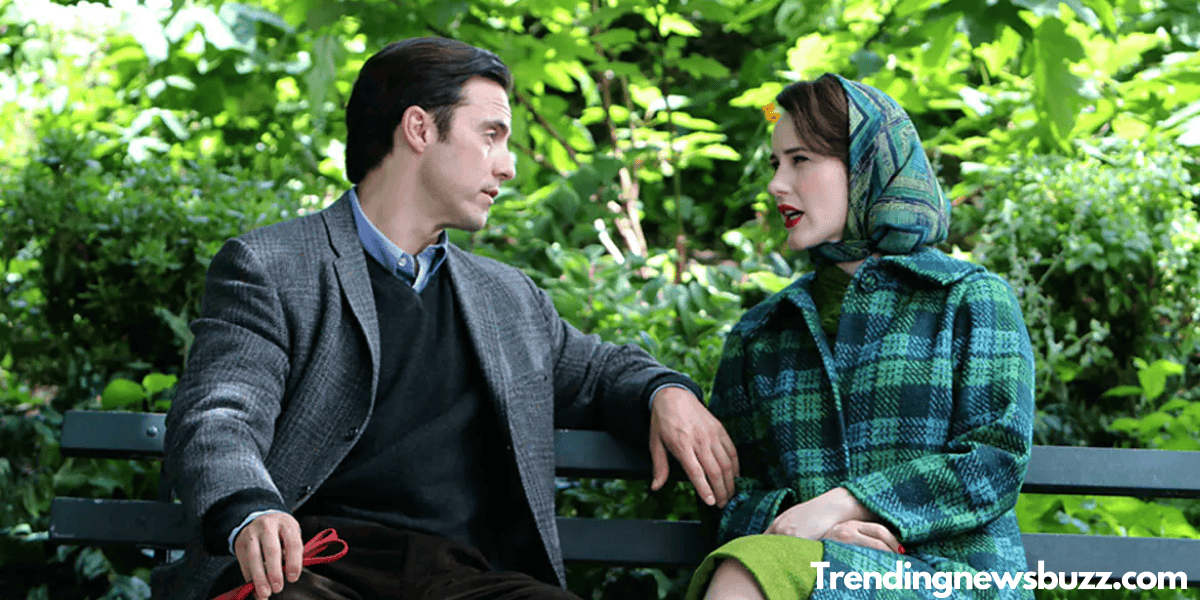 These are the cast who are coming to the new season of The Marvelous Mrs. Maisel to reprise their roles-

Along with these new faces will also appear in the fourth season and these are Kelly Bishop, Milo Bentimiglia but their roles are not cleared right now. But when the official announcement comes the whole cast is cleared.

This is a family adventure animated film of 2021 and this American film is set in the fictional world and based on traditional Southeast Asian Cultures. Read More: Raya And The Last Dragon: Watch | Plot | Reviews and Ratings!

Is there any official trailer for the season 4 of Mrs. Maisel?

No, there is no official trailer or teaser for Mrs. Maisel new season but you can watch its previous season trailer which is given below-

Mrs. Maisel: Where to Watch

You can stream complete series of The Marvelous Mrs. Maisel Season on Amazon Prime Video and we can’t find another platform as it is the series of Amazon Prime video which got 8.7 ratings on IMDB out of 10 and 88% on Rotten Tomatoes.

Stay tuned and connect with us to read the latest comedy and your favourite web series or movies on trendingnewsbuzz.com.

The new season of Mr Mayor is back with Ted Danson reprising their role in Mr Mayor season 2 in the town. As fans are looking forward to know when this season will came as all wanted Tiny Fey’s sitcom back for the season 2 whose 1 season came in January this year.. Read More: Mr Mayor Season 2: Officially Confirmed | Release Date | Cast!

Will There Be ‘The Mess You Leave Behind Season 2’? – Everything We Know So Far!