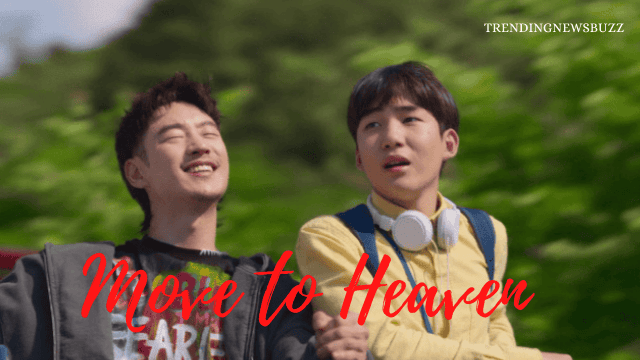 Move to Heaven: a Touching Portrait of Life, Death, and Humanity Itself

In this touching Korean drama, a trauma cleaner with Asperger’s autism teaches lessons on life, death, family, and friendship. Death is a common theme in TV dramas. But there is one element of it that is rarely depicted on film – or even discussed in our daily lives. When we’re gone, who takes care of our houses and belongings? In most circumstances, you’d suppose the deceased’s family. But if they can’t handle it or if there are no relatives to help, trauma cleaners are called in. The Netflix K-Drama train keeps rolling as we look forward to May. And the premiere of the family drama Move to Heaven.

We’ve got all the details on Move to Heaven’s first season, including the premise, actors, trailer, and Netflix release date. Move to Heaven is a future Netflix Original South Korean family drama directed by Kim Sung-ho and written by screenwriter Yoon Ji Ryun. Number Three Pictures and Page One Film created the series. It is which continues the streaming service’s multi-million dollar commitment in South Korean entertainment. 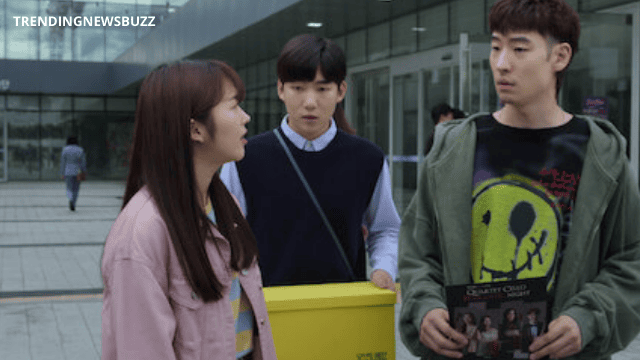 Move to Heaven will be the eighth South Korean Netflix Original series to be released when it debuts. It’s hardly surprising that Netflix continues to invest in South Korean material. Given the country continues to produce some of Netflix’s most popular non-English language television.

When Will the First Season of Move to Heaven Be Available on Netflix?

We can officially confirm that Move to Heaven will appear on Netflix on Friday, May 14th, 2021. All thanks to the publication of the teaser video. Because the series is a Netflix Original and not licensed abroad, all 16 episodes will be accessible to view when it premieres.

What’s the Story Behind Move to Heaven?

Geu Roo, a young guy with Asperger syndrome, works for his father’s “Move to Heaven” trauma cleaning company. The company’s mission is to organize the belongings of the departed who have been left behind after their deaths. With their firm Move To Heaven (also the name of the drama), Han Geu-ru (played by Tang Jun-sang) and his father Jeong-u (Ji Jin-hee) provide such a service, and they approach every room they clean with respect and care. Jeong-u thinks that the objects left behind by the deceased may still tell their story. The father-son team uses the stuff they sift through to piece together a picture of who their clients are. And occasionally to solve difficulties surrounding their deaths or that may impact those left behind.

Geo Roo’s father passes away soon after, bringing his estranged uncle Sang Goo into his life. Sang Goo takes on the role of Geu Roo’s protector, and the two work together to operate Move to Heaven. Both father and son create an endearing yet fearsome pair. But when Geu-father ru’s dies unexpectedly, he must deal with his own loss. As if that weren’t enough, the 20-year-old is then presented to an uncle he was unaware of. Sang-gu (Lee Je-hoon) is newly out of prison and not thrilled to be named guardian of his late, estranged brother’s child, whom he finds difficult to comprehend due to Geu-condition. ru’s Asperger’s. 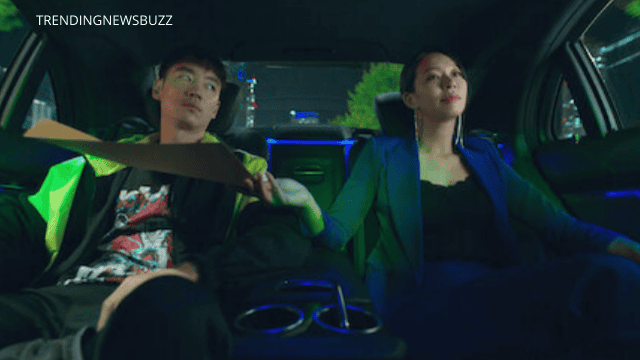 What Is the Total Episode Count and Run Times?

All sixteen episodes will have an approximate run time of sixty minutes.

What Life Lessons Does This Movie Teach?

What follows is a really poignant, lovely, and hilariously amusing examination of mankind. Over the course of ten episodes, Move To Heaven teaches lessons about life, death, family, and friendship. It encourages you to think more deeply about the concept of good and evil, demonstrating via its multi-dimensional characters that life isn’t always as black-and-white as television portrays it. There are a lot of emotional storylines in the program, but they’re all handled delicately. Filmmakers don’t usually handle neurological illnesses like Asperger’s with care – as witnessed most recently in Sia’s Music – but the representation of Geu-ru feels respectable and tastefully done.

While we see his struggles, we also see his brilliance: his unwavering commitment to doing right by the dead, his inexhaustible ability to care about people’s stories even when even those closest to them have lost interest, and his sharp and fast-working brain that keeps him three steps ahead of the competition. He’s a character who seems to have been written with love in mind, and it’s difficult not to fall in love with him.

Other topics that are still forbidden in Korea are treated with the same delicacy. Instead of focusing too much on how society could respond to an LGBTQ+ relationship in one episode, the writers focus on the love story at its center, discreetly sharing a message of strength and courage in the process.

There Is Zero Romance

There aren’t many K-dramas that don’t have romantic connections. The bulk of K-dramas revolve around the romance between the two leads, and if you’re lucky, you’ll get some semblance of a narrative to keep the romance moving forward. There are no falling in love sequences or chaste kissing scenes in Move to Heaven. For ten episodes, it’s all narrative and emotional stories as Geu-ru and Sang-gu envision the lives of the departed via the objects they’ve left behind. It’s heartbreaking a lot of the time, but it’s never heart-fluttering.

No One Is Too Good-looking to Be Real, and None of the Male Characters Wear Lipstick

In a K-drama kissing scene, we’ve frequently pondered who’s lipstick will smear first: the male lead’s or the female lead’s. But, hey, none of it matters in Move to Heaven. For starters, there are no kissing scenes, and individuals appear to be regular, rather than centuries-old nine-tailed foxes in human form with pale features and ruby-red lips, or Italian-Korean mafia attorneys with flawless hair and complexion. None of the female characters in the supporting cast are gorgeous or unnaturally attractive.

Yes, the actors and actresses are more attractive than average people in real life, but in the program, they’re supposed to portray ordinary people who seem ordinary. 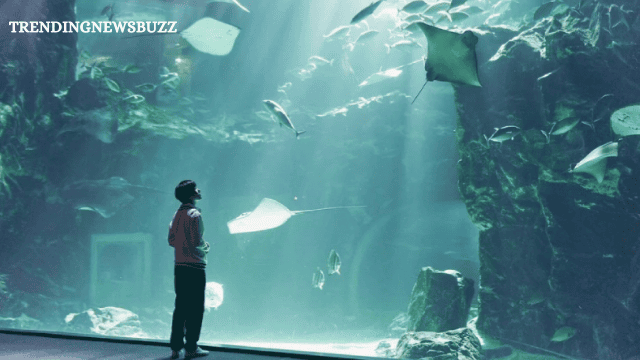 The Situations Are Real and Slice-of-life. No Fantasy Elements or Convenient Coincidences

K-dramas frequently incorporate fantasy, which makes them excellent diversionary material from our own actual and humdrum life. However, there are times when you just want to watch a TV without a terrifyingly attractive monarch who can travel between parallel realms or a deity-like monster that falls in love with a helpless human. The situations in Move to Heaven are a little more realistic than the normal K-drama. To put it another way, these are situations that can happen to individuals in real life. However, because it is a drama, the narrative should be dramatic to some extent. For example, illicit cage-fighting is practiced here, thanks to hooligan uncle Sang-hidden gu’s gold heart.

Autism, dementia, euthanasia, suicide, domestic abuse, neglected sons, and socially frowned-upon relationships are just a few of the topics addressed in Move to Heaven, which spans ten episodes. Of course, there isn’t a thorough dive into these difficult themes, but the fact that a K-drama should cover so many topics that are usually disregarded in favour of love relationships says a lot. This is the drama for you if you prefer your dramas with a bit more empathy and a little less silliness.

The music in Move to Heaven is understated. It’s quite silent. There are no screams or shouts from the characters. It’s about the things that aren’t stated and the emotional moments that occur in between. And this isn’t something you’d expect from a K-drama.

As Move To Heaven proceeds, more information about Geu-ru and Sang-family gu’s is revealed, and the two become closer as more secrets are disclosed. The interplay between Geu-ru and his “filthy” and crude uncle is one of the show’s highlights: Geu-straightforward ru’s directness and inclination for order contrast with his “filthy” and crude uncle’s terrible attitude and bad habits.