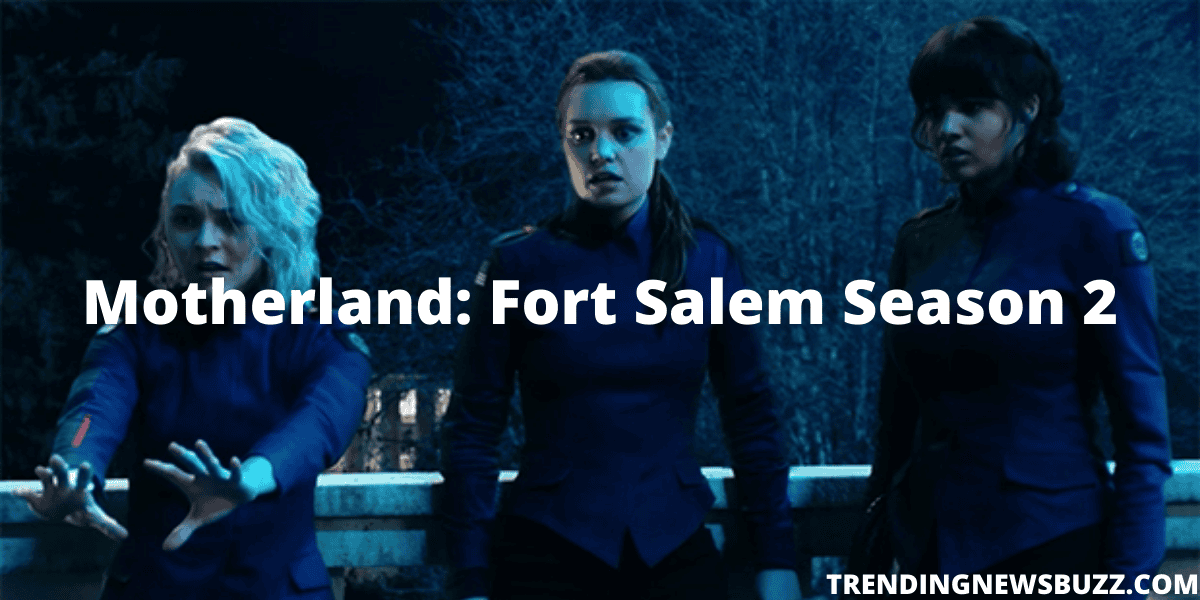 It will be a really fun and fascinating battle if the involvement of supernatural powers takes place in the army. Meanwhile, it will also be a great threat for the people living peacefully in the world.

Imagining such a scenario is quite difficult for us, but the makers of the series Motherland Fort Salem have taken this scene to live-action.

Eliot Laurence is the creator of the supernatural drama that got released on 18th March 2020 on Freeform.

Heather Thomason, Brian Studler, and Joe DeOliveira are the producers of the American series.

Motherland Fort Salem has completed its two seasons, with a total of twenty episodes.

What Is the Plotline of the Series Motherland Fort Salem?

The story of the series, Motherland Fort Salem, revolves around three witches named Raelle Collar, Abigail Bellweather, and Tally Craven. They got recruited into the US Army for the protection of their country. They receive training in combat magic and use their vocal cords so that they can enact the seeds or seed sounds.

Seeds or seed sounds were used to layer vocal sounds so that powerful spells can be created. A women-dominated world is the highlight of the series where the US government put an end to the persecution of the witches 300 years ago under an agreement called the Salem Accord. The agreement took place at the time of the Salem witch trials. A terrorist organization called the Spree is also involved in the series. It is against the conscription of the witches in the US Army. 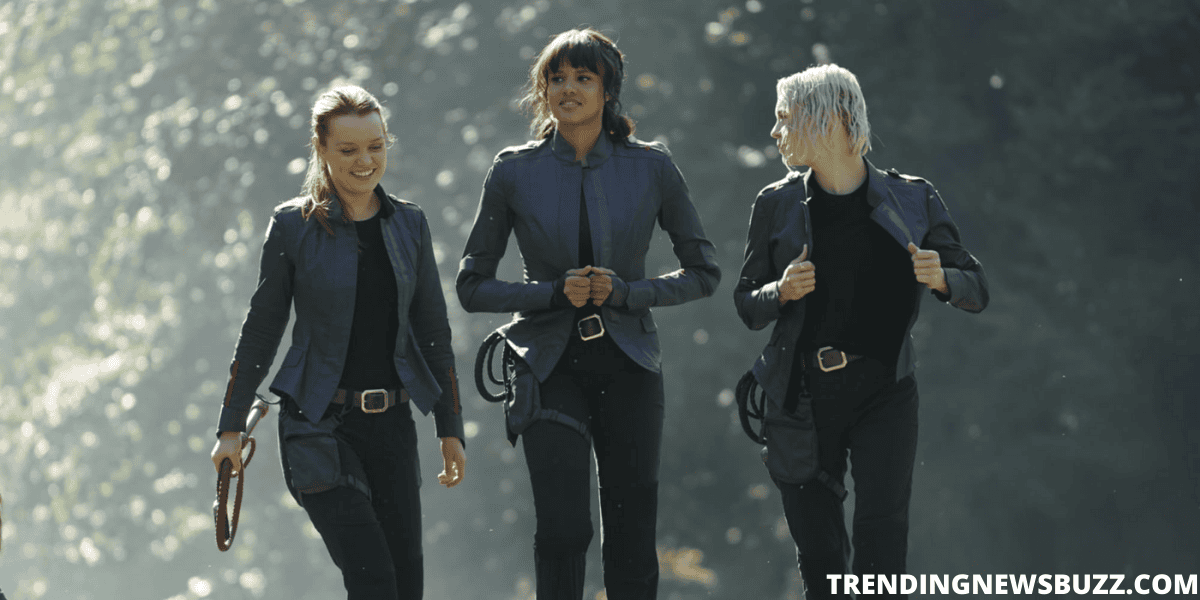 The first season begins with the introduction of the Spree. The trio receives a call from the military about the offer of serving the country, which they accept. They come to know about their unforeseen powers and use their voices as their ultimate weapon.

In the second season, the Vice President comes to know that his daughter is also a witch. He takes her to Alder. A unit brings Raelle and Abigail back to work, where they question trusting Alder. They tell Alder about the truth of the blast and were then kept under observation. Tally is not sure about her powers now as she wasted her energy for restoring the strength of Alder.

After knowing that Abigail and Raelle are alive, she accepts the offer of Alder and converts her to a normal being. However, she develops a mental connection with Alder and uncovers a buried past. What is the secret of the past? What is the fate of the Vice President’s daughter? All these questions will only be answered when you will watch the second season.

What do you think about the fate of the daughter of the Vice President? Do mention in the comment section below.

The Release Date: When Was the Second Season of the Show Motherland Fort Salem Got Released on Freeform?

What Are the Names of the Characters Involved in the Series Motherland: Fort Salem?

What Are the Ratings of the Series Designated Survivor?

Motherland Fort Salem has received a satisfactory positive response from the audience and critics. The critical consensus of the website mentions that the series consists of a fine cast and impressive setup. It also consists of ambitious ideas that are overwhelmed and are loved by the audience. 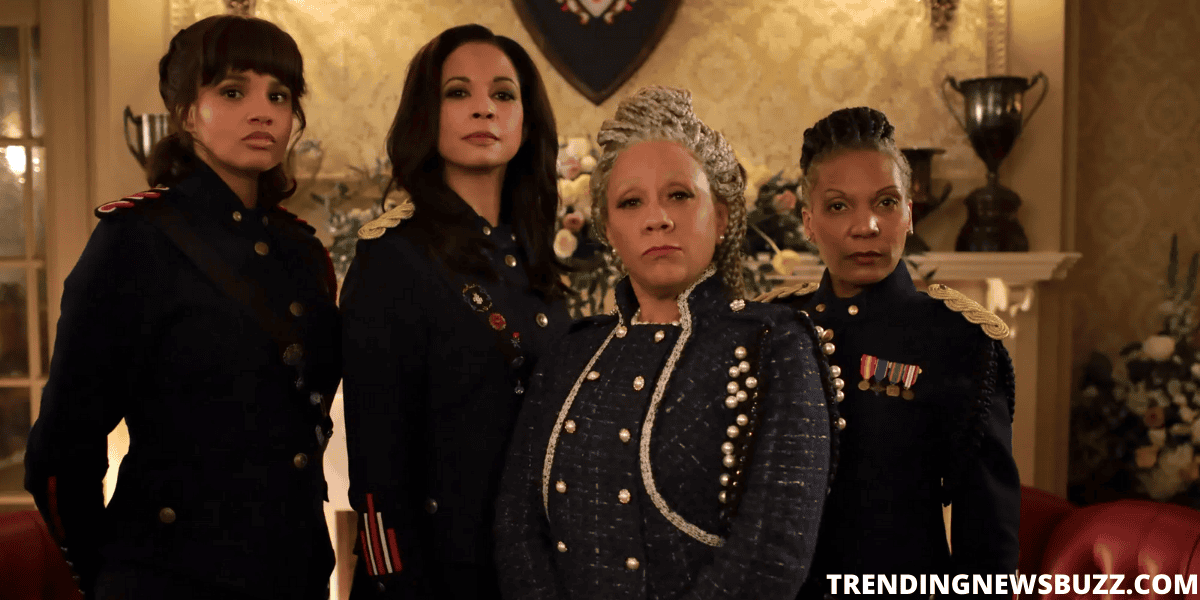 The last season of the Motherland Fort Salem, Season 2, has received an audience score of 99% on Rotten Tomatoes, based on 95 user ratings.

The average score of the series on the Tomatometer is 69%. The average audience score on Rotten Tomatoes is 94%.

Motherland Fort Salem has received a rating of 7.3 out of 10 on IMDb.

Where Can We Watch The Series Motherland Fort Salem?

You will find many websites over the Internet from where you can watch the series. The most common one is Amazon Prime. You can subscribe to it or can buy or rent the seasons or episodes from here.

It is also available on Disney Hotstar, from where you can watch it after subscription.

You can also start your free trial on Hulu and YouTube TV. Later, the subscription can be done.

You can also rent or buy the series from iTunes and Google Play.

People are giving too much love to the series, due to which it is running successfully worldwide. Those who are unaware of it should watch it at least once.

Do watch the new episodes of Motherland Fort Salem Season 2!