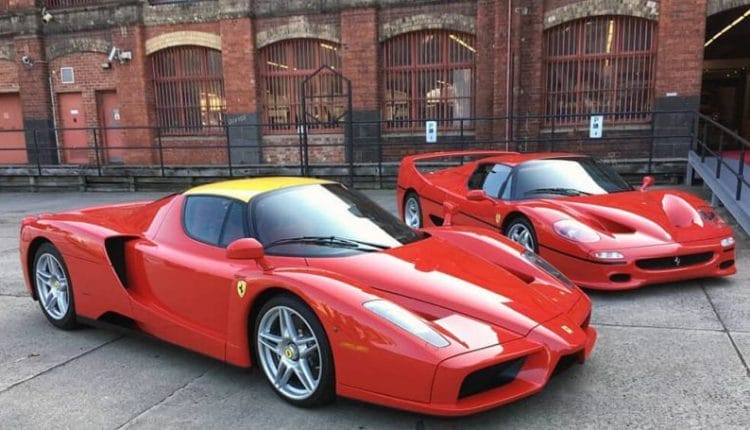 With millions of dollars burning a hole in their pockets, almost all celebrities splurge a lot of it on the latest and greatest cars. Some of these celebrities fill their garages with some unique options, while others aim for the fastest cars on the market. However, a lot of these celebrities also own some humble options like the GMC Yukon and Ford F-150 to travel without attracting a lot of attention.

Here are some of the most-searched celebrity garages according to the internet.

Jay Leno is one of the more popular celebrities who is public about his affinity for cars, even televising his show about them since 2015. Jay Leno rose to fame as an American television host, later going on to host NBC’s The Tonight Show for almost two decades. His extensive car collection includes models ranging from the humble TATA Nano, the infamous $1000 car from India to the legendary 1994 Mclaren F1 worth around $12 million and everything in between. In total, his garage includes over 181 exotic cars.

Jay is also passionate about motorcycles and his growing motorcycle collection includes 160 different models. According to current market values, his garage is worth over $50 million, making it one of the most expensive collections on the planet.

Jay Leno also posts about his cars and latest additions on social media sites if you’re keen on learning more about them. According to the former Late Night Show host, his favorite among them is the Mercedes-Benz 600 Kompressor, one of the first ultra-luxury sedans ever built, and a brand synonymous with heads of state and dictators of the 1960s and ’70s.

Currently hailing as the richest man on the planet, Elon Musk needs no introduction to the millennial crowd. Elon is also responsible for revolutionizing the modern electric car market as the CEO and product architect of Tesla. Unsurprisingly, Musk also owns a fleet of expensive and fast cars worth millions. Some unique additions include the Ford Model T, the world’s first mass-produced passenger car, a classy 1967 E-Type Jaguar Roadster, and even the Lotus Esprit nicknamed ‘Wet Nellie’ that featured in a James Bond movie.

He also owned a 1997 Mclaren F1, which he proceeded to crash in 2000 and subsequently sold after repairs in 2007. If we talk about normal inclusions, Musk owns an Audi Q7 and a V10 BMW M5. All of these cars together inspired Musk to come up with unique ideas for the Tesla lineup like the “Ludicrous” mode from the M5, Model X falcon-wing doors from the Q7, and more.

In third place is the world’s former richest person, Bill Gates, who is also responsible for finding the multi-billion dollar Microsoft company. While Gates is not the first person that comes to mind when you think of a car enthusiast, he is most certainly a huge car nut, going to great lengths to get the car he wants. While Gates’ car collection is not as exuberant as some others on this list, including regular models like the Ford Focus and Chevrolet Suburban.

However, the most notable addition to the garage and the personal favorite of Bill Gates is his Porshe 959, a road-legal production sports car capable of hitting 197 MPH back in the 80s. Getting this car into the country was no easy task, and it had to stay with customs for over a decade under a blanket of red tape owing to emissions and crash safety norms. However, through many loopholes, he was able to finally drive this exquisite 959 for 2500 miles a year through the show and display law.

One of the more recent entries into the billionaire’s garage is his Porsche Taycan, one of the fastest all-electric production cars available. Gates also owned a tasteful 1979 Porsche 911 which was the first car purchased by him and was sold for $80,000.

Next up is Lewis Hamilton, one of the youngest and most successful F1 drivers ever to hit the track. Currently driving for Mercedes, it’s not surprising to see several models from the company among his huge collection of cars. So far, Hamilton has claimed 7 championships and 176 podiums. From classic cars like the 1966 Shelby Cobra 427 to the modern Mercedes-AMG One, the collection is worth several million dollars.

As mentioned earlier, the crown jewel of the collection is his modern Mercedes-AMG One valued at $2.72 million, followed by the Pagani Zonda 760LH and Ferrari LaFerrari Aperta, both valued at $2.2 million each. Other notable additions include a regular Ferrari LaFerrari, McLaren P1, 1967 Ford Mustang Shelby GT500, and his favorite, the Mercedes-Benz AMG GTR.

Hamilton also owns the unique 6-wheeled Mercedes-Benz AMG G63 6×6 and other SUVs like the Cadillac Escalade.

More popularly known as Mr. Bean, Rowan Atkinson is one of the most popular comedians ever to grace the TV screens, providing entertainment to millions over several generations. Other than the famous green and black Mini made popular on the big screen, Rowan is also a huge car enthusiast, owning a wide range of the fastest and most opulent cars on the market. So, let’s start with his most famous addition, the 1997 McLaren F1 finished in a beautiful purple shade.

Sadly, the actor bid farewell to his F1 back in 2015 for $12.2 million, after crashing it twice over the years. With the Johnny English series, Rowan Atkinson also grew an affinity towards Rolls Royce, adding a Rolls-Royce Phantom Drophead to his garage. Some other unique additions include a Lancia Thema 8.32, Mercedes 500E, Acura NSX, and more.

The first high-performance car owned by Rowan is his 1977 Aston Martin V8 Vantage which also had some screentime in ‘Johnny English Strikes Again’.