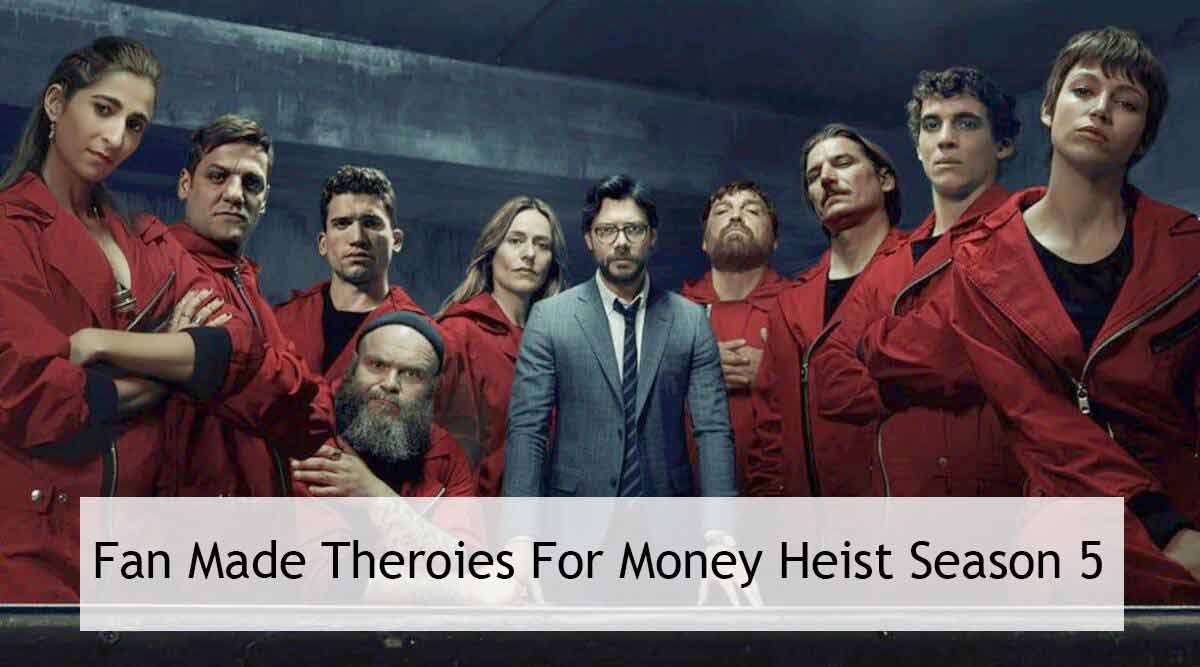 Money heist, one of the greatest shows on Netflix has finally confirmed season 5 of the series. People have been crazy about this show for the last few years. The end of season 4 opens a lot of expectations and everyone wants a good ending. As Netflix has already stated the official date for the release of season 5, people have started the perceptions.

We know, A GREAT SHOW must have a great ending. As a non-English show like money heist, it was quite unbelievable for the people to love it so much. I, myself, am a big fan of this series. In this article, we’ll be going to discuss the top ten fan-made theories which seem to fill the boxes quite well.

Also, Netflix has recently released the official teaser trailer for their popular series, Money Heist on Youtube. If you are a fan of this series and haven’t seen the trailer yet then I’ll be mentioning it there. As a fan, it is a must to watch the official trailer to explore what is going to happen next.

The Berlin will appear in the Flashback 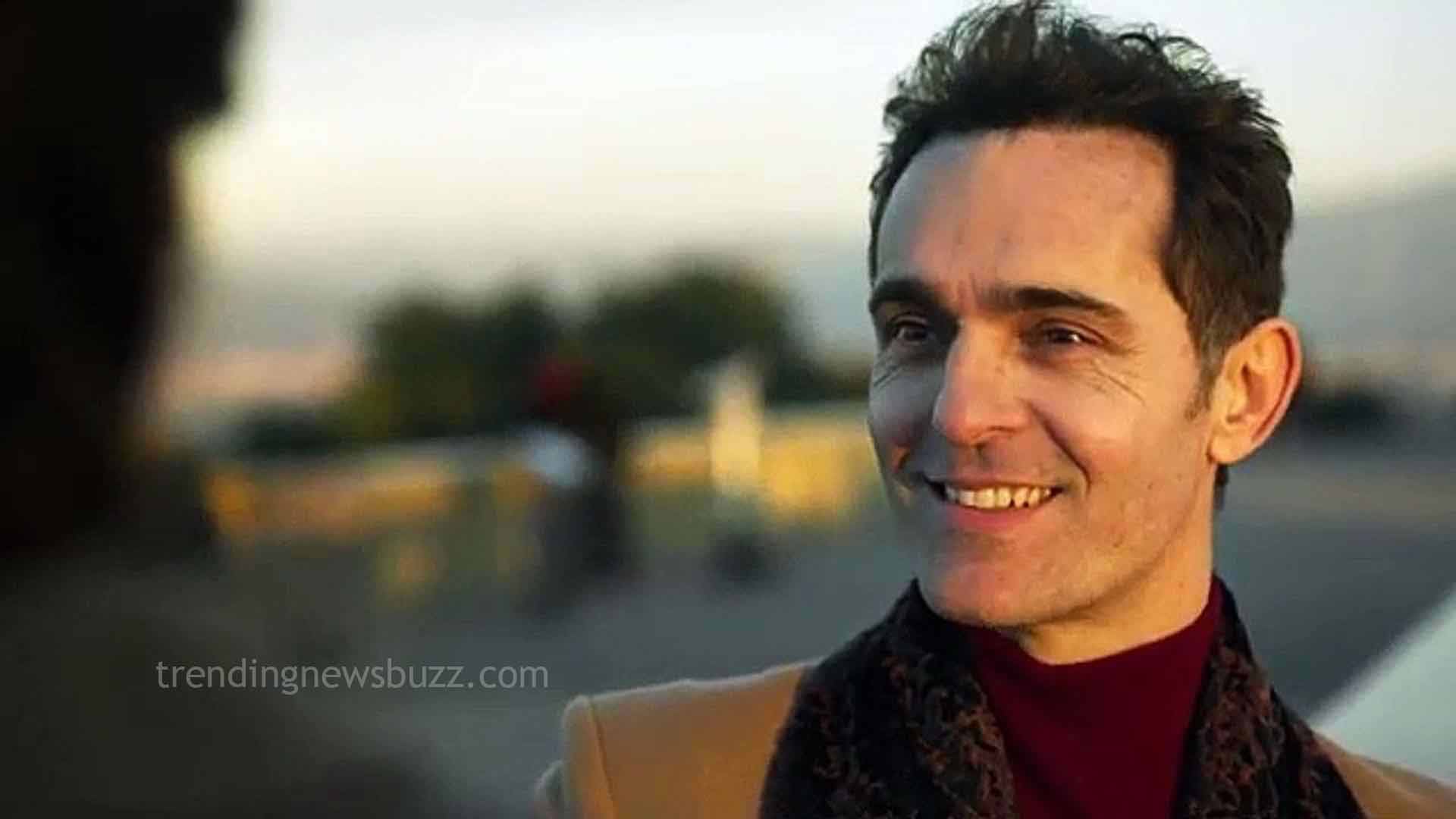 Berlin, one of the most loved characters of Money Heist, has already died but that guy was definitely something. If you have watched the Money Heist series and all its seasons before then there is no chance that you don’t love this gentleman.

As Berlin was also a genius and some of the plans were also created by him though, we can see the flashback of his ideas.

The money heist series is full of suspense and most of the time we are not even ready for some of them. The fans of the Money Heists series are also judging that Berlin can predict the situation and can give the idea to his team to find the solution.

The end of Palermo 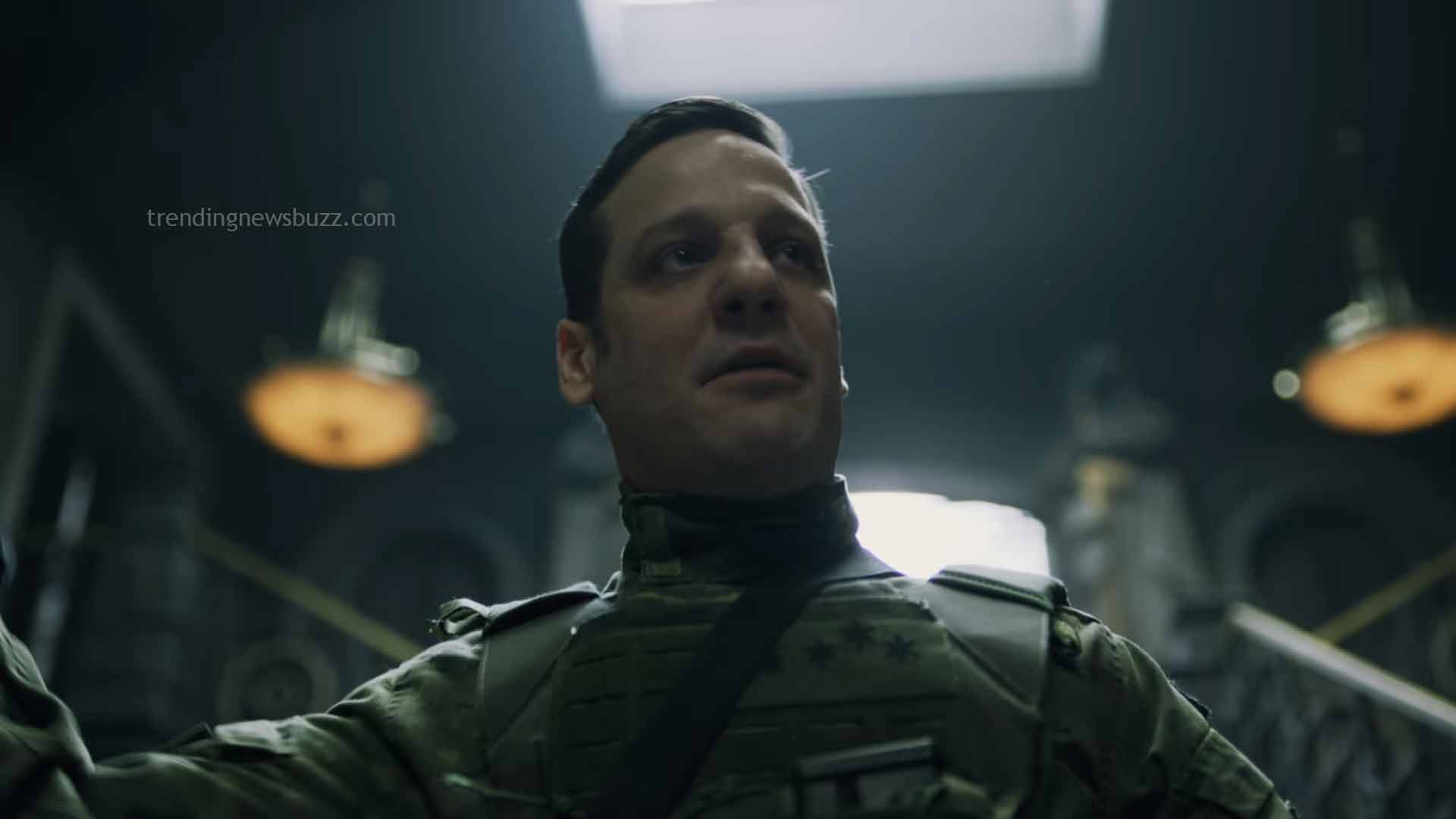 This theory actually makes a lot of sense to me. As the official trailer, there is a complete fight and action going one. Palermo was seen to be surrounded by the cops and the authorities even found her in the bank. In this situation, I can completely see this theory to make sense.

The fans of Money Heist are also looking forward to this theory. There are already many people who believe that this will happen in season 5 for sure.

Is it because the series is already known to kill many of their cast before and Palmero is one of the new members who joined the crew. During the condition, there are high chances that this can happen to them.

Everyone Died in Season 5 and Tokyo Survived 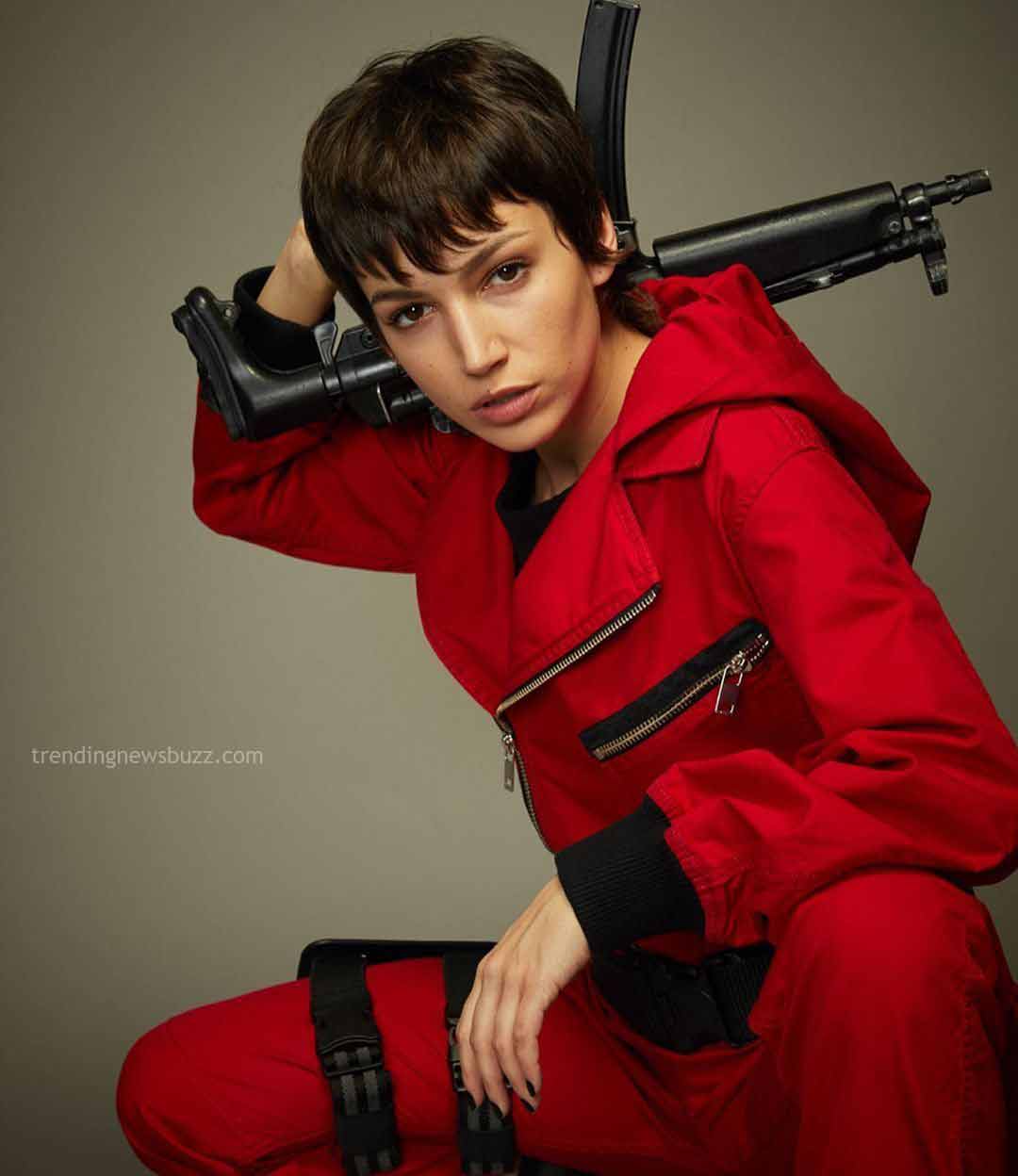 In the trailer, Tokyo was one to narrate the whole story of the situation so there are pretty much chances that she is the one who is dictating the whole story to the audience. Also, Tokyo has played a major role in the Money Heist series and many people also dislike her for her extra-confident behavior. There is no doubt that she has taken one of the dumbest decisions in the series which has only led to conflicts and bad endings.

But she is also smart enough and I can easily see her getting out of the situation completely. She is hated by many people but that doesn’t mean that she isn’t the important one in the story. Her dumb behavior has been the most joked part of the series. There are many people who believe in this theory but at the same time, they want her to die. It would be really fun to see how this theory will finalize in the series.

This theory is also understandable because Tokyo has said Professor her “Guardian Angel” in the official trailer. So, can you see where this thing is going?

The scene where we see everyone who dies 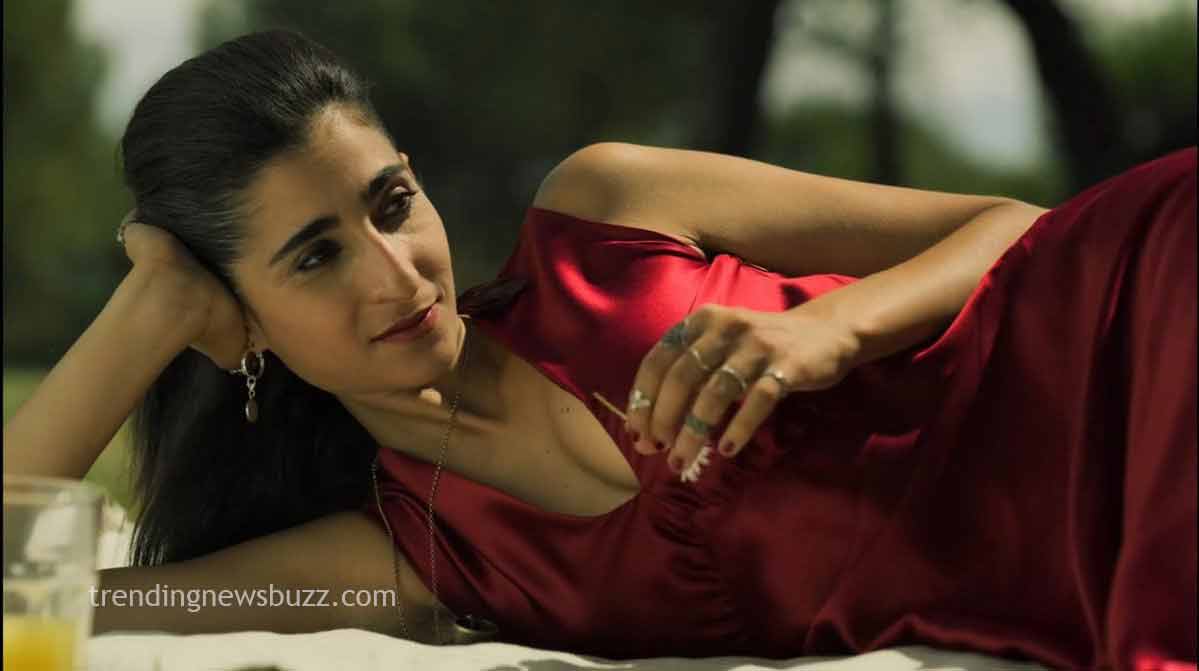 In chapter 6 of season 4, we have seen Nairobi, Oslo, Moscow be enjoying the conversation and just chilling out, but that isn’t for fun, right? As a series like Money heist where everything is interconnected to other scenes, I can see what it is portraying. Fans believed that the scene is some sort of Heaven where the people who have already died are discussing their lives together. They are the thieves but in the show, they are developing a family relation.

Now, just the scene where we saw these three characters who have already died, there are three more characters i.e, Professor, Helsinki, and Denver. This starts to question what if these three are also dead. The fans are guessing that the writers are throwing some massive clues that will make our minds go bump for it.

Lisbon will take care of the whole Plan 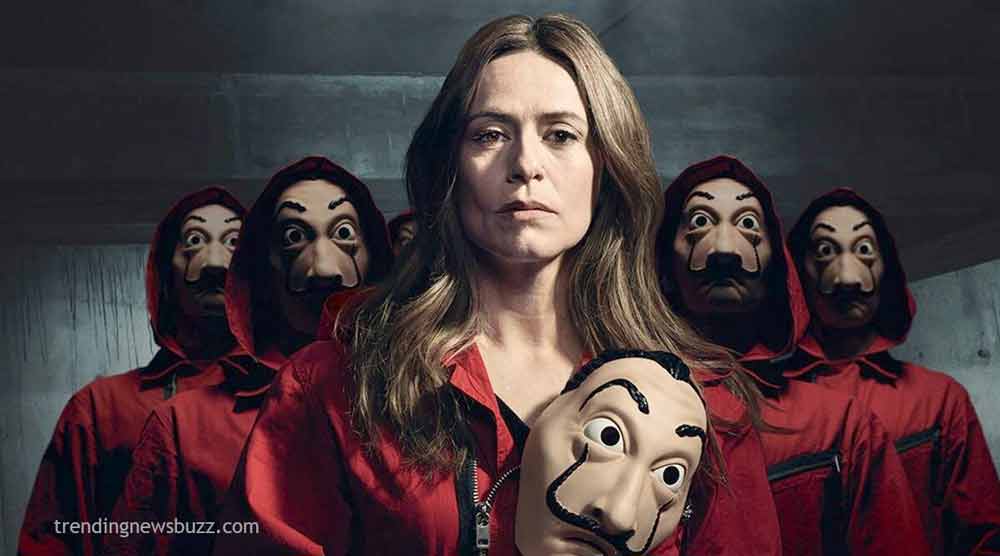 The professor is already kept in Jail by the evil Alicia Sierra. As the main genius behind all these things couldn’t make the connection with his fellow member inside, there are chances that someone else will tell them the “PLAN”. Lisbon is already a genius and as her relationship with Professor is well known, he might have dictated all of her plans to her.

In the times when the Professor is in Jail, she might take over the gang and tell them what to do.

Is the Football Match a Sign by the writers? 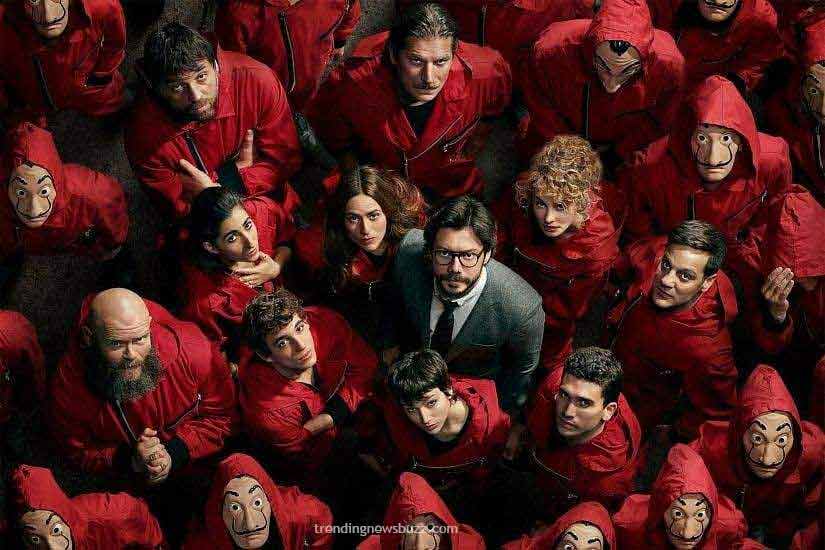 The football match has two teams, one Red and the other is green. According to some fans, the players who are wearing Red are the ones who survived in the end whereas the green ones died in the fight. If this theory is really true then we might lose Bogota, Marseille, and Palermo.

According to this theory, there isn’t a case for the Professor as he is playing the role of referee.

Tatiana will Play a Major Role 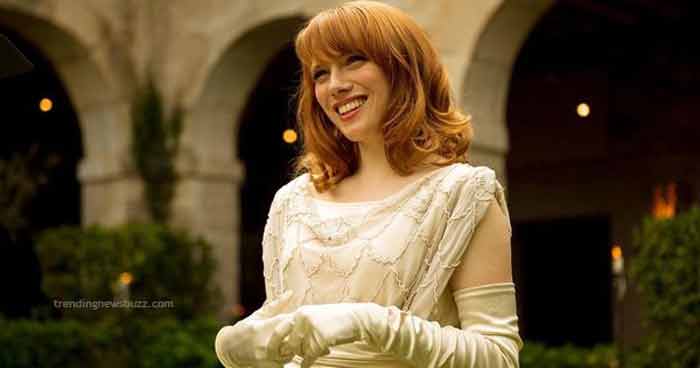 Remember Tatiana? The love of Berlin. Yes! We might see her in season 5. Like every season, they introduce a new character in their show. She might be the secret player that will help the story to move forward or even get an amazing turn.

She is just right for the show and her expression was quite suspicious enough already. She has a manipulative nature which we had all seen in the story again. As Berlin is already popular and her wife should be in the show to remember him. He may have dictated his idea and plan to his wife. There is another scene where the professor said to Berlin that, “You can’t put the whole plan at risk for a woman. You’re suggesting the woman of my life is going to betray me.”

Well, all these things made the audience think that she will be in season 5 with a mind-blown idea.

Moreover, the theory also indicates to Tatiana that she will come and save the gang from the series.

Tokyo is dictating this to Nairobi’s son 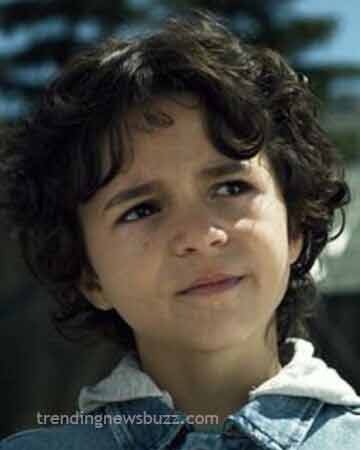 Another theory is that Tokyo is dictating all these stories to Nairobi’s son. As we are already aware that Nairobi has a son who is loved by every gang member. After the intense fight where everyone dies and Tokyo Survives (theory by the fans), Tokyo is telling the whole story to Nairobi’s son. She is the one who is taking care of her as a mother. If this happens then it will be very interesting for the story.

There is another theory that she might be telling these all in the prison or to the judge after getting caught. There is another speculation that this might be a Paris Plan where the gangs try to keep the time of judges so that the heist continues.

Alicia Sierra will get pregnant and Professor will help her 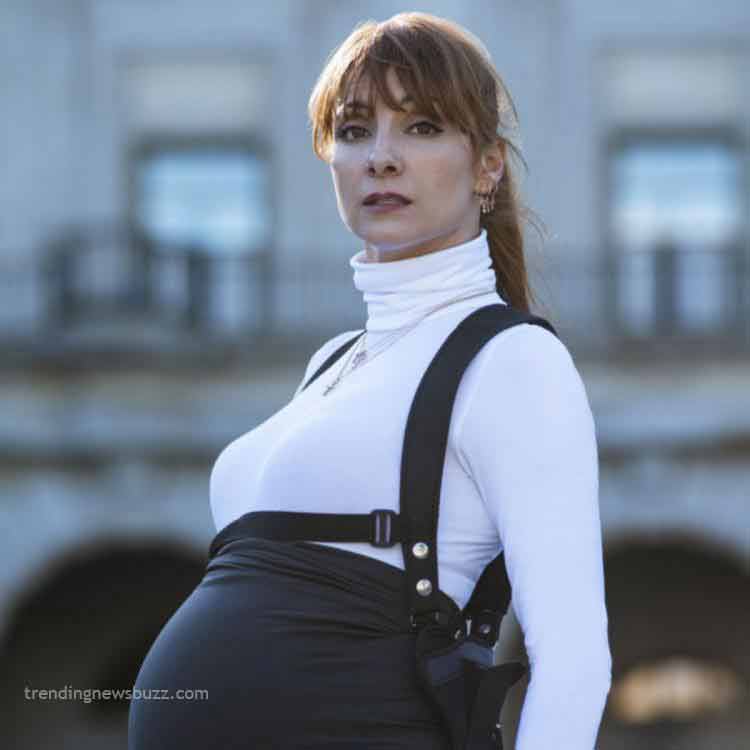 As Alicia is already pregnant and there are already predictions that the Professor will help her in the labor. These all things might change the heart of Alicia and they might get the gang free.

But to be honest, I don’t really think that this fan theory would be applicable. There are very low chances of this happening. As the character of Alicia is already a strong tough woman in the show. Despite being pregnant, she is still passionate about her job.

Unlike Lisbon, she is more tough and intelligent. But we don’t know what will happen. I can’t argue more on this because the professor is also very intelligent and there is no chance that he will try his 100% to manipulate Alicia in the fifth season.

Tatiana will BETRAY the Gang

Another most believed theory about the show is also related to Tatiana. As she is all aware of the plans of the whole group because Berlin has already told her. So, it is a do-and-die situation. The above theory told us that she might help the gang but what if she didn’t. I mean there are always two sides to the story and according to her nature, she might betray.

There is also a popular dialogue by Berlin, “In the right Circumstances, Anyone who betrays Someone” What if she betrays?

There is speculation that Tatian will tell the plan to the police and that’s how they all will get killed or arrested by them.

Inspector Sierra will join the Gang 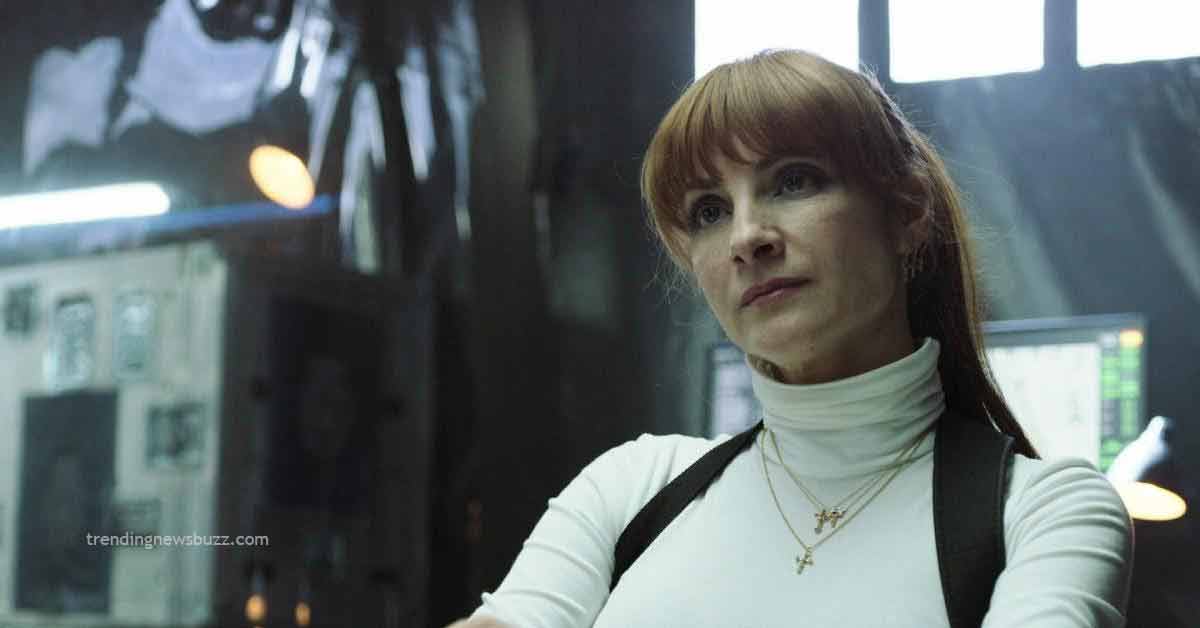 Another popular theory is related to our Sierra. Remember when she found the professor ultimately and tried to catch him, why didn’t the professor run away? Sierra is already a single mother and she needs money to help her child grow in a better environment. So, she thinks about joining the group ultimately.

The ending of the show also has a girl singing the title song, “Bella Ciao”. Many people also predicted that the voice is of Sierra and through this, she is asking to join the group.

Liked this article? Tell me what do you think about these theories and which one is your favorite one? Also, is there any additional theory that you want to add to this article? Comment down to us.

Mamma Mia 3: What’s the Story behind its Release Date?