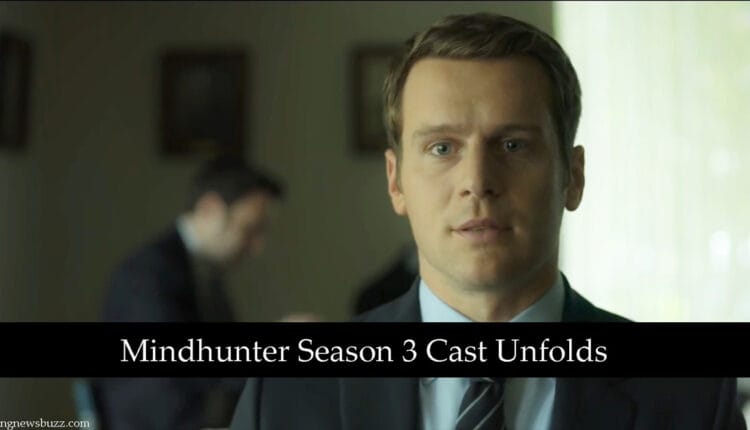 Netflix has thousands of series for their subscribers. The series became one of the popular hits for Netflix and brings amazing content to the table. Created by David Fincher, who is a well-known director in Hollywood and has directed some marvelous series for the audience, it was already destined to be popular. In this article, we’ll be going to see what the third season of the series holds.

You may also like Everything you should know about Netflix’s Mindhunter season 3.

While we have already discussed the possibility of the series in the other article, here we’ll see what the director and cast have to say regarding it. Continue reading the article to find out everything.

Mindhunter Season 3 cast: Who will be there?

After the completion of the second season, the fans started to wonder what the future of the series holds. While David has already confirmed that there are hopes for the renewal of the series, there are many things which are needed to be concerned about.

The Mindhunter series cast Ford (Groff) and Tench (Holt McCallany) as the main lead. The show won’t be happening without these two characters. So if there will be another season of the show, we are going to see these two coming forward in the future.

You may also like: All We Know So Far About Mindhunter Season 3: Release Date, Cast, and Plot

Groff is going to be returning to the show. He also added in a talk, “There’s such a reverence for Fincher. I can’t imagine that every single person wouldn’t jump at the opportunity to go back,”

“To me, Mindhunter is Fincher. The whole experience for me was the honor and privilege of getting to work with him. So I’m not a sports person really at all, but it’s like the [1997-1998] Chicago Bulls. Do you go for another season with the team? Or do you just do what the general manager says?

“But if the general manager believes it should stop, you must go with the general manager. And this is how I feel about David. The minute he says he wants to do another one, I’ll be there in a second. But I trust his vision and instincts, so I leave it always in his hands, as ever.

“The world of Fincher is unlike any other set I have ever and will ever be on. I’m certain. There’s a bittersweet feeling when you’re on another set because it’s exciting to be in the mind of another director or another experience or another TV show, but there’s something really special about what David does.”

Groff also shared his wish for Damon Herriman’s Charles Manson to be back in the series. He said,  “It was so cool. It was so cool to see the similarities and the differences. And like you said, there are so many years in between those two characterizations. And he is a master class.”

“His performance as Manson was incredible in the Tarantino movie, just like it was over pretty much a week that we shot that interview with Manson on Mindhunter. Every take. From the first rehearsal to the final take, he was an endless well of creative inspiration. That guy’s a genius.”

Fans are wondering whether the series will be featuring Ed Kemper (Cameron Britton) in his iconic role. Also, there is a whole new cast of serial killers who have not been interviewed by the lead. Well, this raises a certain possibility for people to look for.

Also, the series didn’t feature Holden’s former love interest Debbie Mitford (Hannah Gross) in the second part. While the character has a significant role in the first season, we feel that the show might look at the character and bring a more romantic side to the upcoming part.

There might be a possibility of more characters in the third installment, a s the case unfolds, we’ll see more new characters getting the attention. If there will be anything regarding this, we’ll make sure to let you know.

Like this article? Read more from our official website Trending News Buzz and get all the latest updates about upcoming events. Share this article with your friends who love the show and let them remind you about the upcoming series.