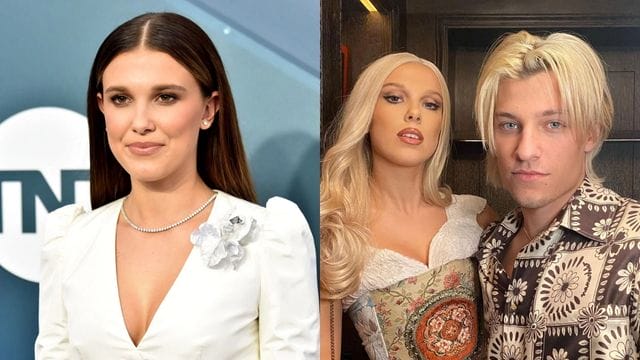 Millie Bobby Brown and Jake Bongiovi’s are dating each other and they share some sweetest moments together. Check out all those moments in this article. Since confirming their relationship, Jake and Millie have become staples on one another’s respective social media pages and awards show red carpets.

Jon Bon Jovi’s son captioned as BBF <3 in June 2021 on Instagram snap with stranger things star Millie Bobby Brown from where sparkling speculations of their dating news has been started.

The couple’s relationship instantly heated up as they continued sharing their romantic gestures through Instagram, they also celebrated holidays and Millie’s 18th birthday together. 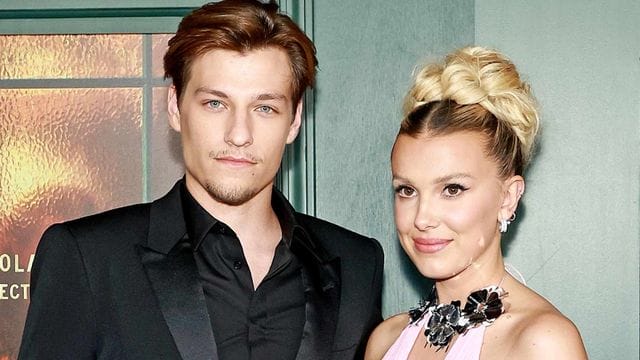 “Happy birthday barbie ily <3,” Bongiovi — who’s one of the “It’s My Life” crooner’s four children with Dorothea Hurley — captioned a February 2022 post from the birthday party, where they dressed up as Barbie and Ken.

“Endless love,” the Enola Holmes star replied to her boyfriend.

Later on after one month, the pair made their red carpet debut. Millie subtly said that they don’t have the same interests.

“I have so much fun watching [Olivia Rodrigo’s] videos and listening to her music. I don’t really involve myself because I know that she’s just too brilliant,” the Florence by Mills founder told Seventeen magazine in January 2022, noting that Rodrigo’s SOUR vinyl record was one of her Christmas presents that year. “I love ‘1 Step Forward 3 Steps Back.’ It makes me wanna cry every time. I think my boyfriend’s gonna kill me if I listen to it around him anymore.”

Before dating Jake, Millie was linked to singer Jacob Sartorius. In 2018, they were together and at that time the actress was 13 years old. Unfortunately they split after seven months.

“The decision with jacob and i was completely mutual,” the England native wrote in a July 2018 Instagram Story statement. “We are both happy and remaining friends.”

Jacob, for his part, issued a similar message: “The decision w mills was completely mutual & we are both happy and remaining friends.”

Bongiovi called Millie his BFF through Instagram, when the duo photographed together.

Read Also – Who is Angelina Jolie Dating, What Do We Know About Her Dating History

The couple dressed up as Barbie and Ken for celebrating Brown’s 18th birthday.

“Happy birthday baby, can’t wait to fly to the moon and back with you! (Schroobie noobie),” she captioned the carousel.

The birthday boy commented, “Hey I know that guy! ❤️.”

The twosome shared photos from their getaway to Spain, including a glimpse in front of Barcelona’s La Sagrada Familia. “Te amo,” Brown captioned her social media snaps. 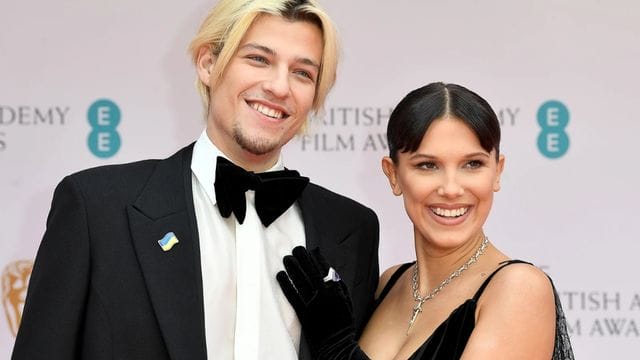 Bongiovi, for his part, wrote, “Alexa play late night talking by Harry styles,” alongside his photos, one of which showed the actress mid-sentence.

“I love adventures with you ❤️ what a beautiful experience, understanding the importance of bees! 🐝🐝🐝,” Brown gushed via Instagram on July 13, sharing a photo of the pair’s bee-keeping date.

Jake supported his girlfriend at the Netflix premiere of Enola Holmes 2, in which she reprises her role as Sherlock Holmes’ younger sister.