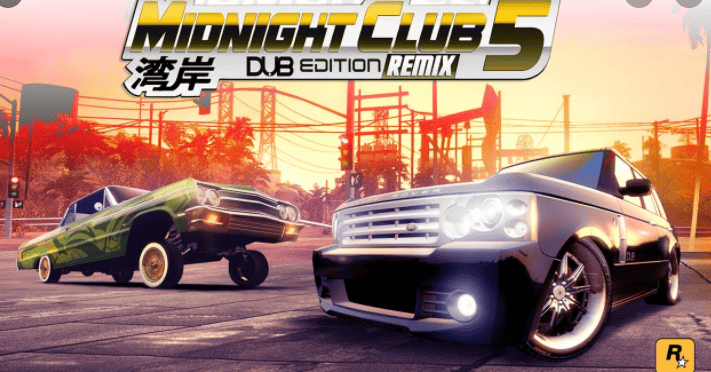 Midnight Club 5: Status And All the Latest Updates

“Games is one such thing that we can play and enjoy in all situations whether we are sad, happy, tired or looking for a great entertainment source.”

I’m damn sure you also agree with us. Especially when we consider racing games. Isn’t it? Talking about racing but not about Midnight Club- how this can be possible.

If you admire racing then you have definitely heard about the Midnight Club here and there as it has cherished masses. And you will aware that all Midnight Club games were a successful run.

But after the launch of Midnight Club: Los Angles Complete Edition, Rockstar San Diego doesn’t come up again. This leaves a deep mark on the minds of the fans, and some of them wondering will it be back with Midnight Club 5 on PS5 or the series has ended up?

Considering all this, we are here to help you. The article will disclose all the details related to it and let you know- Is there any chance of its comeback?

Before jumping towards the details let’s have a look at the short description about the Midnight Club so in case you are a new joiner, you can have a basic knowledge about this.

Well, you all know it is a racing game but it is an arcade-styling racing video game which is developed by Rockstar San Diego (previously famous as Angel Studio). Rockstar game is a publisher of this game.

All over the series, the participants race through the tightly packed area of New York City, London, Los Angeles, Tokyo, San Diego, and Detroit. The game is somewhat similar to Midtown Madness series, if you were played this game then you can definitely co-relate it.

Now, Let’s move to the most-awaited section- Whether Midnight Club 5 will be back or not?

Looking for a new level of satisfaction in your The Sims 4, but doesn’t have any clarity to buy which pack. If this is troubling you then you will definitely get your answer in The Sims 4 best Pack. A complete guide is here for you.

Will, there be a Midnight Club 5 to relish all its fans?

To be genuine, we haven’t heard any single word from the Rockstar concerning the same in the past ten years. Moreover, the people who were earlier working on these first four Midnight Club have proceeded on after the premiere of Midnight Club: Los Angeles.

Furthermore, we can also see that Rockstar Games has made numerous progressions with such a hardened release schedule since after the release of Los Angeles. And this small project has been ignored by the company.

Initially, there were rumors that Midnight Club 5 was in the evolution stage following the launch of Midnight Club: Los Angeles for PS3 and Xbox 360. But the company shelved it and Rockstar San Diego started working on the RAGE engine and also worked to support other studios.

But there are higher prospects that the company will be utilizing its resources towards Grand Theft Auto 6. This also brings us to the previous statement that Midnight Club 5 won’t be available.

Still, if their company shares any words concerning the same then we will definitely let you know. We will update the section for you.

Fan of third-party shooter games then there is a high possibility that you have played Risk of Rain 2. So, you might be seeking the Risk of Rain 2 console commands that will multiply your gaming experience.

This is one of the questions that triggers everyone- WHY? Why the company is not ready to work on Midnight Club? Let’s explore this very big WHY?

The first and foremost reason is, the firm is making a huge amount of money from Grand Theft Auto (GTA) and Red Dead Redemption (RDR) franchises. Concentrating on anything else can create a problematic situation for the company.

Apart from it, there is a huge difference in the numbers as well. Here, the number is income from RPG, open-world games, and racing games. You can also analyze this on your own. In racing games, there are not many additionals that the company can sell whereas action RPG games have a lot such as added DLC, new operators, Battle Pass, and especially many more in online selling mode.

Most importantly, developments of these require huge funds and that is sometimes not easy to accumulate. These are the prime reasons that are pushing back the development of Midnight Club.

What your opinion regarding these points…drop your thoughts in the comment section. We are looking for it.

Regretfully we have to say that the chances of Midnight Club 5 are hugely low or you can say it will never be back. Despite your continuous enthusiasm, the company hasn’t shown any positivity for it. So, the comeback is difficult.

In case, the company announces anything regarding this then we will surely update you. The article shares a clear view in front of you regarding this. Still, you have any query then let me know in the note section. We will surely respond to you.

StarDog and TurboCat: Everything that You Must Be Aware Of:

Is Arthdal Chronicles Season 2 Coming Soon? Let’s know about it all