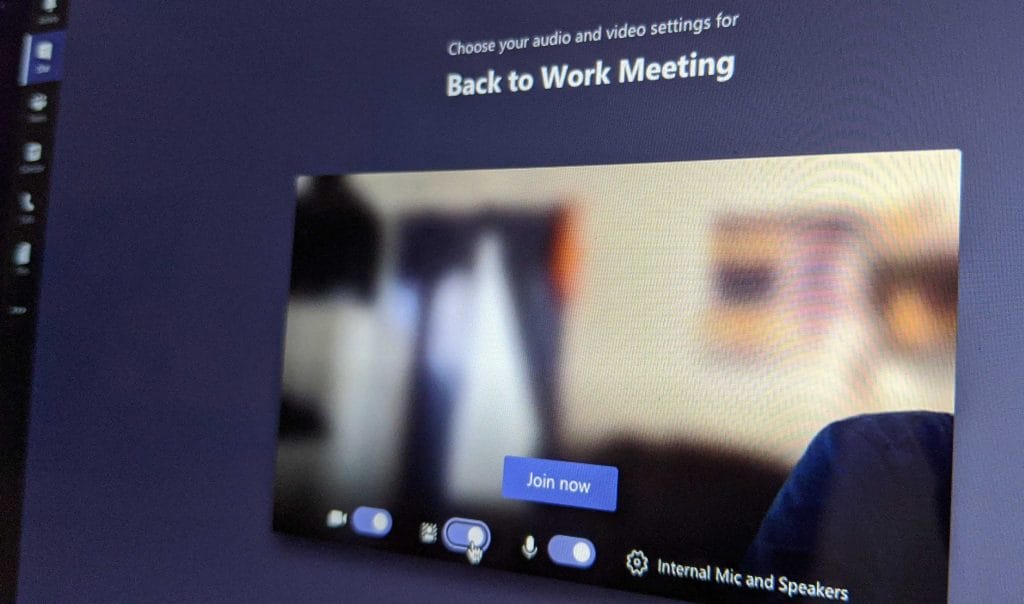 After all the upgrades done by different video call providers. Now Microsoft is also floating in the same way. Although, Microsoft Teams is a little late in the territory of this new feature. Because most of the popular applications added the custom background features before two months. After all, now the Microsoft Teams users are also able to make their home video calls less messy. The feature is helpful for people who not want to show the mess around them through calls.

Now Teams allow the users to upload their own custom photos or backgrounds. it is announced through a blog post from the company. Besides, the application has a set of pre-installed background images in itself. So, those images also can be used in calls. Moreover, a blur effect is there along with it. By using the blur effect in meetings help you both hiding the mess around you and not blocking the views of things that needed to be shown through calls to the other person.

The Revolution Happened Because of The Pandemic And Zoom

Whenever the pandemic outbreak across the world started. People were looking for a free and best way to connect with each other. And the best way they found was Zoom. Zoom provided more customizable features and more chat tools for its users. Beyond all, it was all free for all the users. It allowed up to 50 users to participate in a video call at the same time. After all, this made huge growth in Zoom’s overall performance in the market.

After that, all those apps out there started giving services like Zoom to catch up with the app in the market. This time Microsoft is also doing the same thing in its Teams platform. However, this is not the only upgrade Microsoft did. Now the users without a paid version also can do schedule and invite people in meetings.

Also, Read  WhatsApp Has Increased The Number Of Participants In Video Calls, Google Makes Meet Free To Use To Take On Zoom!