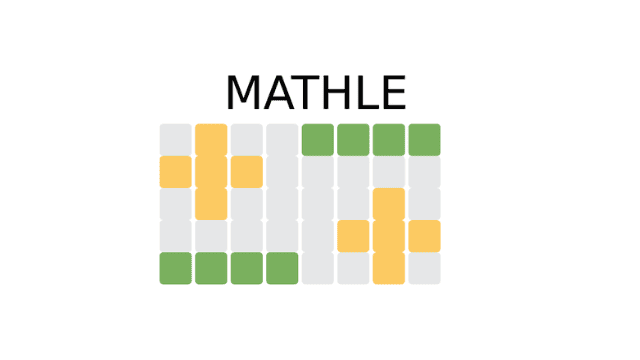 Wordle’s popularity has led to a lot of similar games that people like to play. One game like Wordle is Mathle, which is made for math lovers who like to solve puzzles that involve calculations. Nerdle is another game like this. We’ll look at them right here.

Wordle is a game that is played by thousands of people around the world every day. It is now owned by the New York Times. Every day, it makes everyone guess a single word. Mathle works the same way, but instead of guessing a word, players have five chances to guess an equation made up of addition or subtraction. Nerdle is a version that is even smarter.

Mathle is a math-based word game that lets you test your math skills by trying to guess the exact equation, which is either an addition or subtraction, in five tries or less. This game was made by Kiru, a hacker who works on his own. 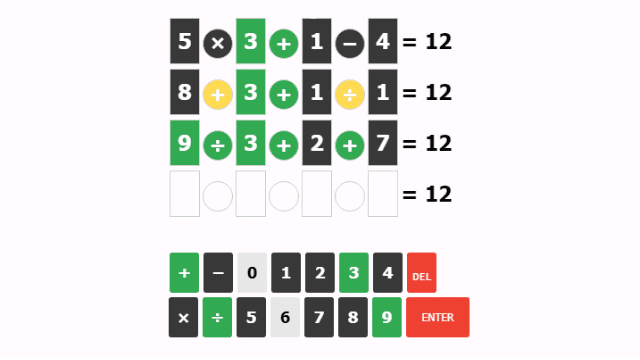 He has said that Wordle and Primel were big influences on Mathle. Primel is a spin-off of Wordle that uses prime numbers instead of words. Kiru has made more games like Wordle in the past, such as Reversle, Learnle, and so on.

Mathle is his most popular creation, and it’s popular right now, especially with people who like math puzzles. This game is like the original game, but instead of words, it uses equations with a + or – sign.

In Mathle, you have 8 empty boxes. Five are on the left and three are on the right. There is an equal sign (=) between these 5 and 3 boxes.

Every day, the whole world is given a new equation. Instead of having 6 chances like in Wordle, each player has 5 chances to guess the exact equation. When you make guesses, the white boxes will change to green, yellow, or grey.

Mathle’s equations are always written in one of these two ways:

You’ll have a number pad with 0 through 9 numbers, a + sign, a – sign, Enter, Delete, and a button with a question mark that will tell you how to use it. 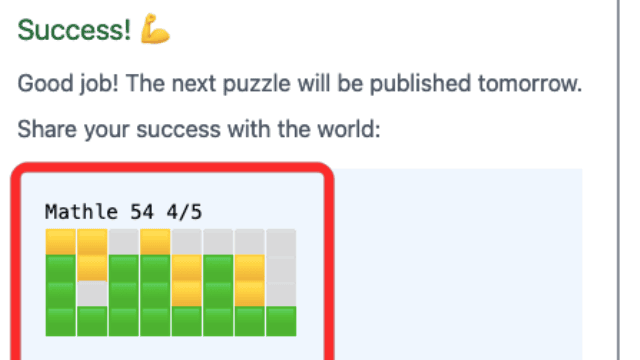 You have to start by typing in a random equation. The colours of the boxes will then show you what to do next. The “a+b” and “a-b” parts of the equation will always be on the left, while the “c” will use the three boxes on the right. C is always a positive number with one, two, or three digits.

It is easy to play Mathle. Just open your web browser and go to this site. Now you’ll see empty boxes and a number pad below them. You have to figure out the “Mathle” equation of the day in five tries or less.

First, you have to type in a random equation, but make sure it is correct mathematically. After that, you’ll see boxes that are green, yellow, and grey. After writing them down carefully, put them into the second equation. 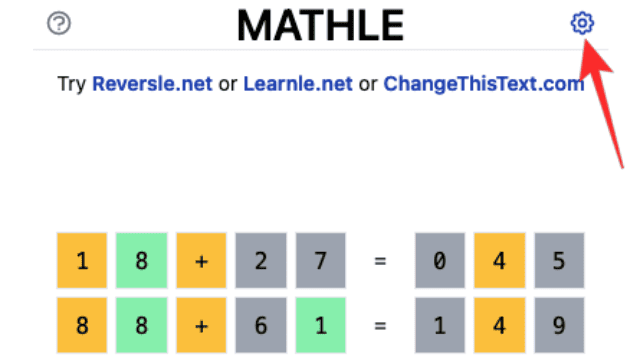 Keep trying and using your brain until you can figure out what the equation is. All done. When you get it right, you can share the results on a social media site.

But if you use up all five chances, you will lose. Don’t worry, though. You can try again the next day.

Mathle also has a mode called “Color-Blind,” which lets people who can’t tell some colours apart play the game. You can turn on this mode by clicking on the “gear” icon to go to Settings and then moving the slider to the right.

Math fans can also use Nerdle, which is a Wordle alternative that is a lot like Mathle. But it is a spin-off that is even better. Richard Mann is a data scientist from London, and he is the one who made this game.

When you play Nerdle, you won’t know where the equal sign (=) is, and the equation isn’t just about adding and taking away. You can also use division and multiplication. So, if Mathle is too easy for you, try your hand at Nerdle. 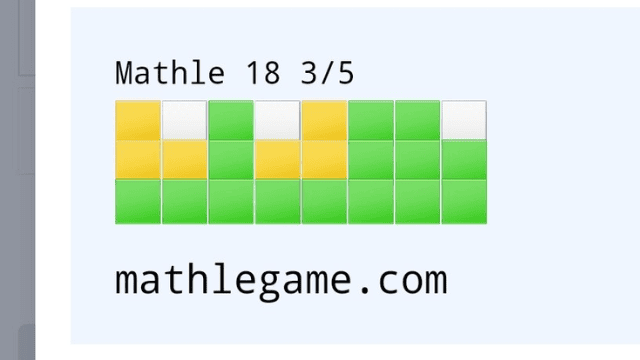 The whole world has to guess the right “word” every day, just like in Wordle and Mathle. But the word doesn’t have letters. Instead, it’s made up of numbers and mathematical symbols that form a proper equation.

How Do You Play Nerdle

Open a web browser and go to this site to play Nerdle. You will find a grid with eight boxes across and six boxes down. You will have six chances to guess the correct eight-letter word (digits and signs).

Just below the grid, you will find a number pad. You have to use it to start figuring out what the right equation is. The hardest part of the game is that you don’t know anything when you start. It has no pattern at all.