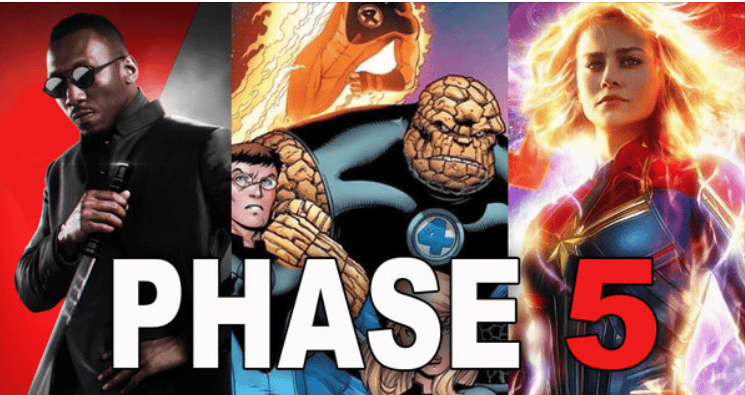 Marvel Phase 5: What Are The Upcoming Projects? Latest News

From time to time, Marvel comes up with different phases consisting of numerous movies to astonish their fans. Recently, Marvel has talked about Marvel Phase 5. Is it coming with this phase?

What this phase would bring for all its followers? Having this query in your mind… Below-written is a complete article to guide you with the same.

Marvel Phase Five: What is the Latest Updates:

At San Diego Comic-Con, Marvel Studios announced a full list of Phase Four movies and shows till the end of 2021, Marvel leaked some details about Phase Five.

As we know, Phase Four will include The Eternals, Black Widow, Shang-Chi, and the legend of Ten Rings, Doctor Strange, and Thor: Love and Thunder. Disney + shows include Wanda Vision, The Falcon and the Winter Soldier, Loki, Hawkeye, and What If..?

Kevin Feige, the president of Marvel Studios declared that these 11 projects are in Phase Four and anything released after that will be turned in Phase Five.

After doing some research, here are the details that we have for Marvel Phase Five.

Which movies are there in Marvel Phase Five?

President Kevin Feige declared Mahershala All will be the new Blade, this upcoming movie may be or may not be counted in Phase Four.

Feige also revealed about some film sequels in works that will be made and bring up something about “mutants” and announced that a Fantastic Four movie will be made. 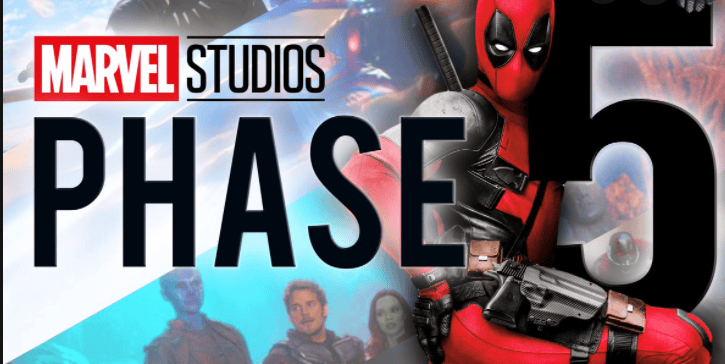 Based on the information, movies that we can expect in Phase Five are-

There is a possibility to see the “X men” movie by the end of Phase Five. And even Avengers 5 is not confirmed, but we think that this would be for sure.

The idea about unannounced movie projects by MCU?

In the upper section, we have disclosed the upcoming projects and release date of the officially stated projects. But there are rumors that Marvel is ready to work on others projects as well which are not disclosed formally.

To give you the appropriate information, we have collected the below-written information for you. There are chances that these movies will be made by Marvel in the upcoming period- Captain America 4, Doctor Strange 2, Wolverine, X-Men, Magneto, and Professor X.

Which shows could be a part of Marvel’s Phase Five?

At Disney’s D23 expo in August 2019, Marvel studios stated Moon Knight, She-Hulk, and Ms. Marvel series for Disney plus. It seems that Marvel Studios will release these series as a part of Phase Five rather than Phase Four.

If you aren’t aware of the second part of Addams Family then you must check out our amazing article on Addams Family 2 that will provide all the information that you are thinking of.

What are the release dates of Phase Five movies?

On the demand, of the followers, Disney has mentioned some of Marvel’s release dates in advance. These dates are mentioned below, have a glance:

In August 2019, Kevin Feige, the president of Marvel Studios confirmed that the movie releasing on 6th May 2022 will be Black Panther II. 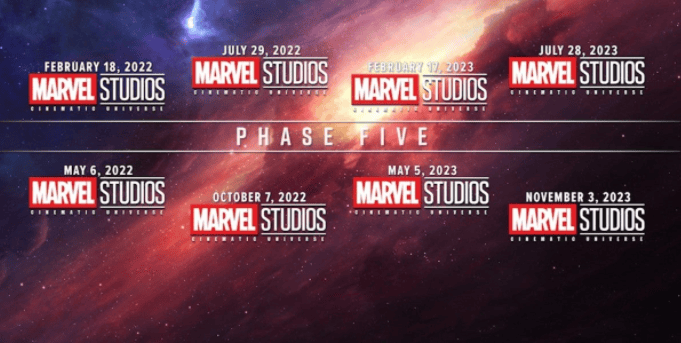 As per the data, the first Black Panther was released in the month of February, and Guardians of the Galaxy vol. 2 was launched in the month of May. But as per the statement of Kevin Feige, it seems like they could be switching months.

Marvel generally releases Ant-Man or Spider-Man movies in the month of July, so we can assume that this could be the sequel “Spider-Man: Far From Home”.

Everything that was available has been shared with you regarding the launch date of various projects. Being a big fan, you must know all about it.

When Marvel will release further information regarding it, we will definitely upgrade the segment for you. So, mark the website for gathering the newest information.

Is “Avengers” happening in Phase Five of Marvel?

By the end of Phase five, the audience will get all the sequels of solo heroes, thus they have to launch a mixup of heroes. This might be a group of Dark Avengers, New Avengers, or Young Avengers. We have to wait for the official confirmation.

Well, Marvel Phase five movies are on their way. Mark all dates and stay tuned to get all the latest updates of your favorite movies. So, get ready for the amazing experience and a lot of thrill to relish with its upcoming projects.

Well, all the authorized details have been shared with you. In case you want anything further then let us know in the comment section. Keep your hopes high as soon Marvel will entertain you.