Last year, I introduced you to one of the best manga reader called mangahere. Now, this year, I’ve come with another manga reader which you can use as an alternative to Mangahere.

Mangapark is a site that you need to read latest manga chapters in high-quality and that too completely free. Unlike other manga readers I visited in the past, this comes with a new user-interface. Hence, making it one of the faster growing platform. Now, I’ll proceed by listing what I did like in Manga Park and what I didn’t. Let’s get started.

In short, your one account can be used to login to all these manga readers and anime sites. The login credentials can be used to manage your mangapark settings, revisit your history, bookmark the reading manga.

Just like mangahere, mangapark doesn’t exhibit any kind of annoying pop-up ads. That’s some good news. But what about the banner ADS? Are they appropriate?

When you browse through manga chapters on mangapark, you won’t find any obscene ads. Instead, it shows 18+ ADS on top of its manga reader.

When I was reviewing mangahere, I appreciated it a lot for its manga collection. What about Maga Park? Is it as big as mangahere? To simply put it’s manga library is even bigger than other manga reader sites I visited in the past.

But that’s not even the best part. So, what is it?

Manga Park is popular the way it updates manga on the website. Look at this screenshot I took after midnight:

All day & night, manga park continues to add latest manga on the website & that too way ahead of its competition.

When compared with MangaLife, mangapark come with a similar advanced search option. You can use it to find latest manga series hidden amongst thousands of manga seies.

Even though mangapark doesn’t show annoying ads, you can’t get rid of age-restricted display ADS on the website.

Q: Is reading manga from sites like mangapark completely illegal?

A: Yeah! It’s an illegal website to stream latest manga. Instead, you can use paid platforms like Crunchyroll, Shonen Jump Magazine & vice versa.

Q: Does manga park comes with its proxy websites?

A: Manga park isn’t blocked in any parts of the world. So, there’s no need for its proxy websites. You can easily aceess this website by entering URL Mangapark.net in the address bar.

Even though Mangahere gave a tough fight to manga park but the latter one goes ahead by a margin. That’s all for now. What do you think of manga park as compared to mangahere? Which one you liked the most?

Do share your thoughts in the comments sections given below. At the same time, you can try reading some of the classic manga of all-time. 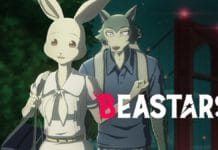 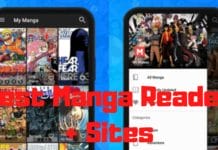 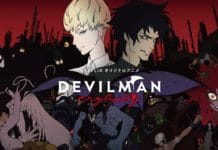