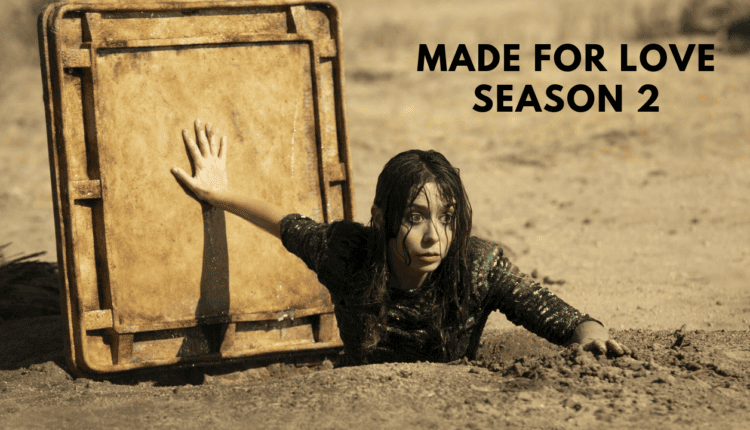 Made For Love Season 2: When Will You Catch Its New Season?

In television and movies right now, there is a lot of discussion about how technology in the near future could totally alter reality and the way people live their lives. There’s a lot of time spent in science fiction these days, whether it’s in comedic dramas such as Amazon’s “Upload,” horror films such as 2020’s “The Invisible Man,” or anything and everything in between. The entertainment industry is spending a lot of time looking at the endless scenarios of how technology could completely change our world, for better or worse.

The storey of HBO Max’s 2021 series “Made for Love,” which launched on April 1, 2021, is about breaking free from the grip of technology, as the main character does everything she can to get a microchip out of her skull.

The series is set in the year 2021. The show’s lead actress, Cristin Milioti, portrays Hazel Green-Gogol, a lady who appears to be in a joyful and flawless marriage with tech billionaire Byron Gogol, who is played by Billy Magnussen.

When Hazel realises that her entire marriage has been dictated by a chip Byron implanted in her brain to watch her and read her emotions, virtually controlling all areas of her life, she decides she must divorce Byron immediately. Of course, it’s not that simple, because even if she manages to flee their home, Byron has the chip that will keep them permanently connected — at least for the time being. 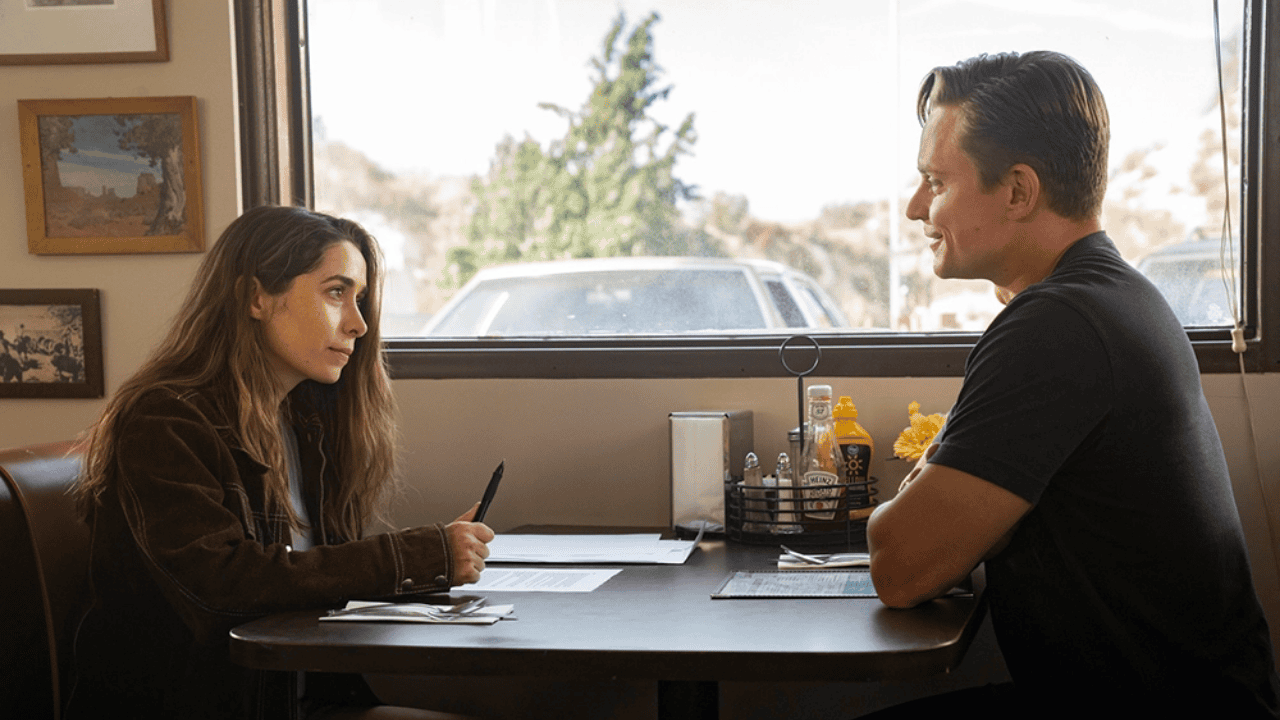 Because “Made for Love” received an overwhelmingly positive response from both fans and reviewers, receiving a 94 percent rating on Rotten Tomatoes, it came as no surprise when HBO Max renewed the series for a second season (via TVLine). This is everything we know about “Made for Love” Season 2 so far for those who can’t wait to see more of Hazel’s narrative unfold.

Made For Love Season 2: Premiere Date

Given that the show was only recently renewed in June 2021, a specific release date is difficult to predict. Consider the case of “The Flight Attendant,” another blockbuster drama that premiered on HBO Max over the previous year.

The first season of the show premiered on November 26, 2020, and the show was renewed for a second season in December 2020. (Deadline). The second season of “The Flight Attendant” is expected to premiere in early 2022, according to the show’s current schedule (TVLine). It will take approximately 14 to 16 months from the announcement of Season 2 to the release of Season 2, with the possibility of a slight delay.

Depending on how long the post-production process takes, the second season of “Made for Love” may not premiere until early in the following year. Fans should keep their fingers crossed for a late 2022 release date, as there is no way to know for certain.

Read More: Cardi B Net Worth: How Much TV Star and Rapper Earns!

Made For Love Season 2: Cast

Milioti and Magnussen, who played the two main characters, Hazel and Byron, will almost certainly reprise their roles in the series. Bringing the core cast together is Ray Romano, who plays Herbert Green, Hazel’s father, who was notably absent from her childhood. After escaping “the Hub,” as Byron’s residence is referred as, Hazel has no one to turn to save for Herbert for help. He is a widower, and his love with his sex doll, Diane, has earned him the reputation of being the town freak.

In addition to Herringbone (Dan Bakkedahl) and Fiffany (Noma Dumezweni), two members of Byron’s staff who gradually begin to lose faith in the man’s methods and motives, Judiff (Kym Whitley), a nun who used to date Herbert and who will likely play a significant role in the second season, there are a number of other key characters who will likely return. Along with Liver (Augusto Aguilera), who works at the neighbourhood bar that Hazel’s father frequents, Hazel is attracted to him because of his good looks and charisma, which is despite his huge stench problem.

Made For Love Season 2: Plot 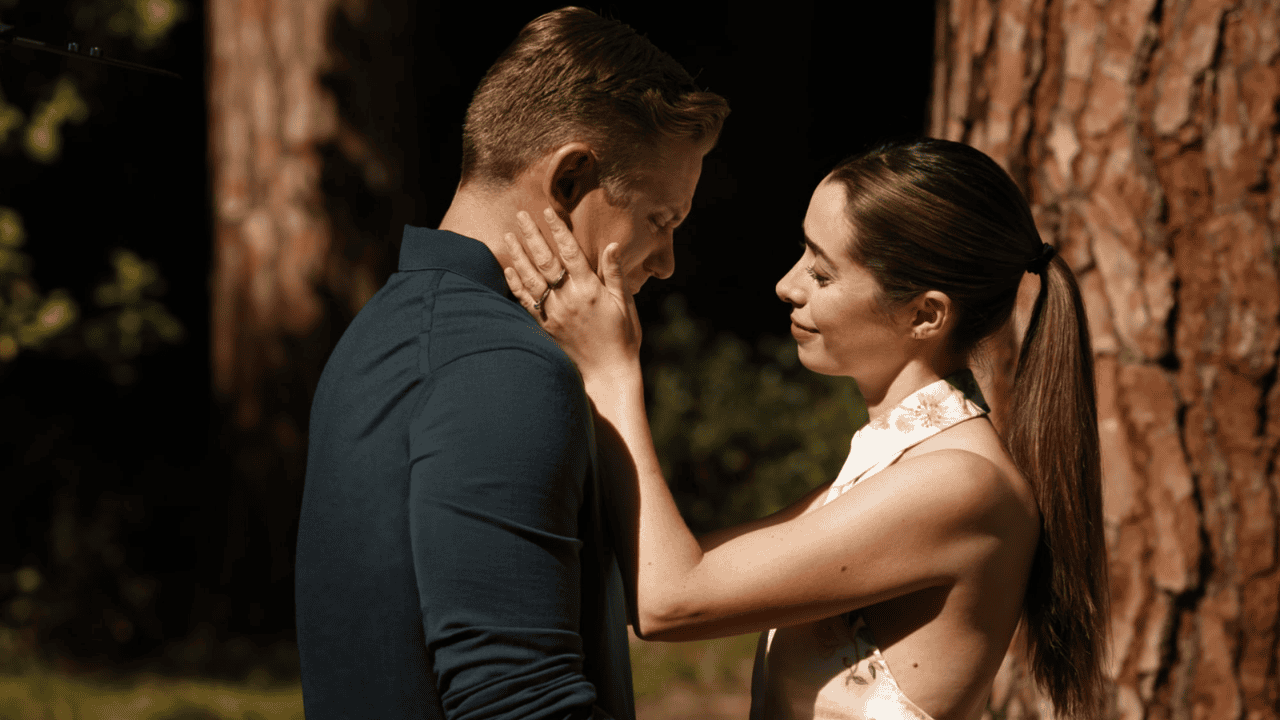 At the conclusion of Season 1 of “Made for Love,” it appears like Hazel may finally be able to obtain the divorce that she has been seeking for so long. Aside from dumping the bombshell that Herb has cancer and committing himself to providing the best therapy and care possible, Byron does everything he can to win her back.

In the beginning, it appears as though Hazel has rejected Byron’s offer and is walking away, but a final twist reveals that Hazel has actually accepted the arrangement, drugging her father and transporting him to the Hub without him realising it.

When Season 2 begins, Hazel has completed her divorce, yet she is caught in the same situation as before. The microchip is still implanted in her brain, and her father has become intimately involved in Byron’s many schemes as a result. Will Hazel be able to manipulate Byron, defeating him at his own game, and then escape once more from his clutches?

It’s difficult to tell. She may want additional assistance from Judiff, who is on the outside and who just so happens to have some audio files that could be used to implicate Byron. Fans of “Made for Love” will have to wait until Season 2 to find out what happens to Hazel and Herbert while they are working at the Centre.

Made For Love Season 2:Trailer

High School of The Dead Season 2 Release Date: Confirmed or Not?