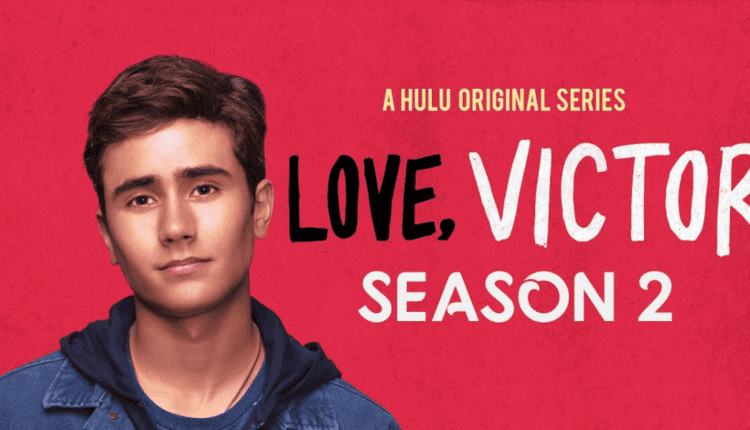 It was a highly anticipated second season for the Hulu television series Love, Victor after a touching, amusing, and realistic first season. And boy, did it deliver. Season 2 included a number of new characters, the most noteworthy of whom was Rahim (played by heartthrob Anthony Keyvan), who began as Victor’s buddy before becoming romantically involved with him.

As a result, fans were treated to a jaw-dropping Love, Victor Season 2 finale, which was made possible by Benji (played by fan favourite George Sear) asking Victor (played by leading man Michael Cimino) for a break and then changing his mind. Let’s get this party started. 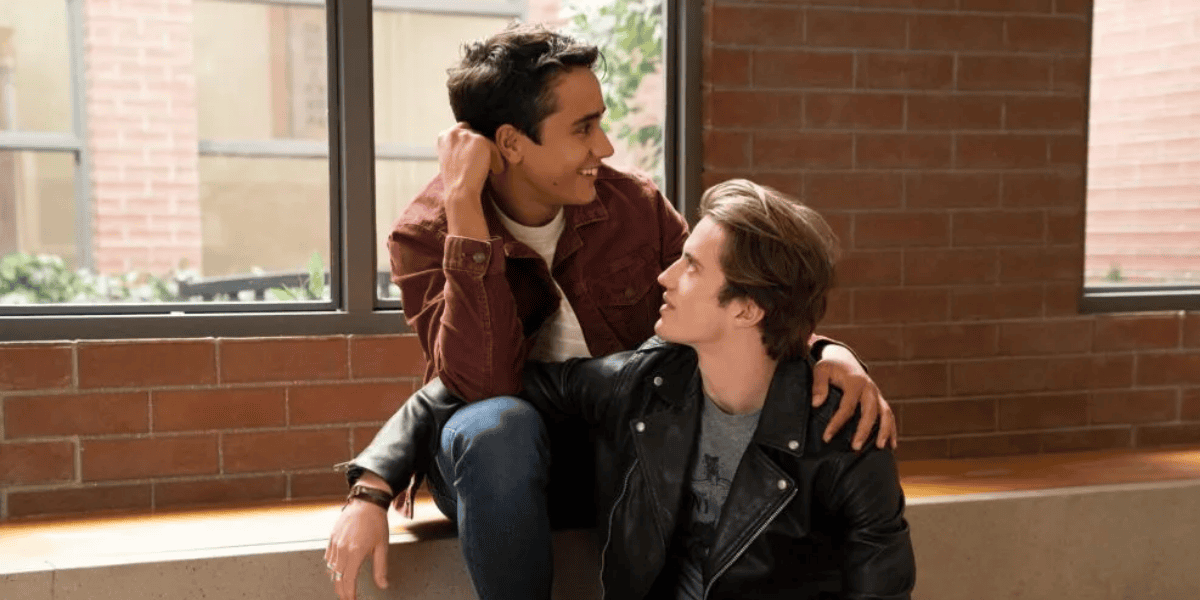 Victor and Benji had a terrible second season, which was particularly difficult for them. Victor’s mother, who was struggling to accept the fact that she had a gay son, was downright cruel to Benji (although she later came around and apologised), putting a strain on the connection between the two boys.

After then, Victor discovered that Benji had lied about being sober. Because the two had battled so frequently, Benji requested a break, and Victor agreed, inviting Rahim to his friend Mia’s father’s wedding as his date. Victor and Rahim were already getting along as new best friends, but we had a feeling there was something more going on, and Benji had a feeling as well when he crashed the wedding and witnessed the two dancing.

Benji stormed out of the room, enraged and saddened that Victor would move on so swiftly. Victor chased after him, but Benji didn’t bother to pay attention. Victor appeared perplexed that Benji suspected there was anything going on between him and Rahim (sweet), but then Rahim admitted his feelings and (gasp) kissed Victor (I can’t handle how many emotions I’m having). In the midst of it all, Victor confided in Felix (Anthony Turpel), who gave him the good advise of closing their eyes and imagining their future together, as well as identifying which partner they wanted by their side.

Victor then made a desperate rush to his chosen love’s house, where he eventually arrived at their front door. The season came to a close with the door opening, and then the camera zoomed in to show the interior of the house, with the viewers staring at Victor’s face. In the end, we have no idea who he chose, therefore we will have to wait until Season 3 to learn more. What agony!

Moving Forward, What Does It All Mean?

Depending on the guy Victor chooses, his journey could take a number of different turns in Season 3 and beyond. Will he be able to maintain friendships with people he didn’t choose to be friends with? Is it possible that George Sear or Anthony Keyvan will be dropped from the series as a regular? Only time will tell if this is true. 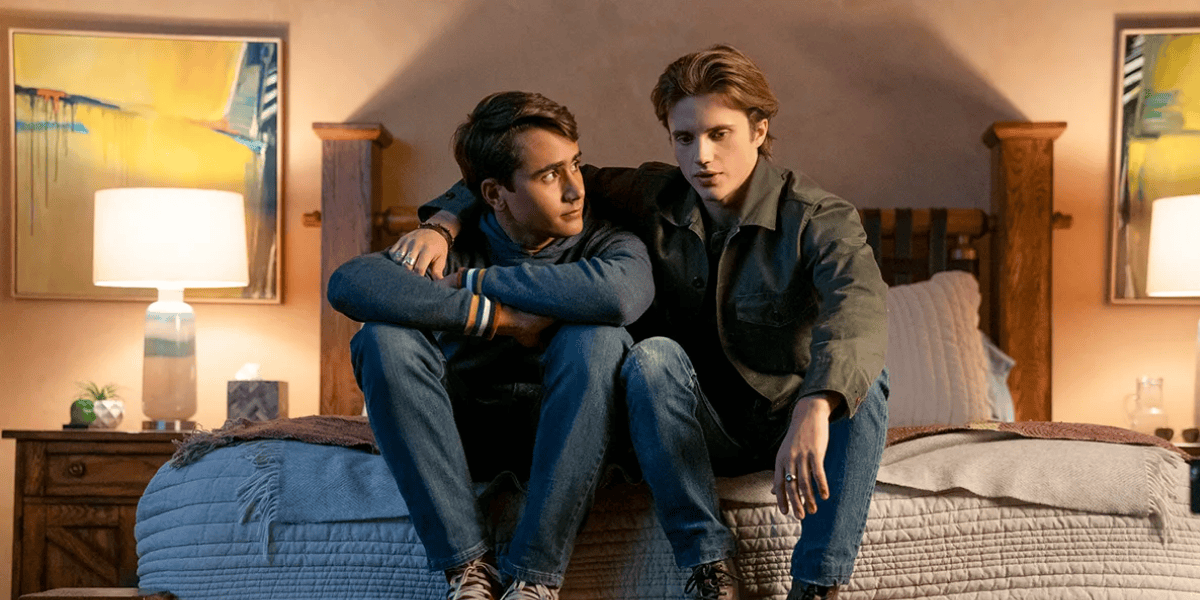 Victor, I believe, selected Benji, as do the majority of his fans. Those two are soulmates in every sense of the word. Furthermore, not only have Michael Cimino and George Sear produced one of the most beautiful romantic relationships I have ever witnessed on television, but Victor and Benji are also quite emotionally mature teenagers in comparison to their peers.

The way they express themselves and work through their issues is quite healthy, and it is a promising sign that they will continue to reconcile. Being in love with another man is obviously not something that can be reconciled, but given that Victor didn’t even consider dating Rahim prior to the wedding, I believe our favourite pair is secure.

After seeing the last scene multiple times, fans began comparing the background to earlier shots at Benji’s house and searching for hints in the route Victor takes to get there.

According to Michael Cimino, who confirmed this in an interview with AP Entertainment, whatever door it is, he knows what it is.

The acting and writing on Love, Victor are excellent, and I have no doubt that the upcoming season will be just as smart, amusing, and full of surprises as the first two seasons. They are not yet finished with us, and there is so much more to discover about them in the future.

Love, Victor in Season 2 is More Than a Coming-of-Age Story

One of the most outstanding aspects of Love, Victor is the storytelling, which, in turn, contributes to the complexity of each and every character. Entertainment Weekly reported that showrunner Isaac Aptaker said the Love, Simon spinoff series “isn’t just a coming out narrative,” and star Michael Cimino elaborated with the following statement:

I don’t feel like a lot of TV shows and movies explore past that point. This takes a deeper look into what happens next, which isn’t really spoken about, which is great for people to see since it can help them navigate their own lives.

Season 2 of Love follows Victor as he explores the numerous possibilities of what occurs once he comes out. As the news spreads, we witness his family’s reactions, which range from his siblings accepting him without hesitation, to his father participating in a parents’ group for support, to his mother’s initial rejection and long journey to acceptance, which includes an extremely moving scene with a priest.

Season 2 also depicts Victor navigating his first relationship with a guy who has been out for a while and has dated a number of other people before Victor, as well as the difficulties and fears that come with being in a new relationship for the first time. Victor’s character grows and changes as a result of all of his connections, and I couldn’t be more excited to see where this story will take him next.

In Season 9 of Chicago Fire, The Best Stellaride Moment Occurred.