From swiping left or right, to sharing a movie via Netflix Watch Party has become a part of Modern Dating. However, have you ever thought of an app that could measure your feelings and match it up with your crush?

But what if that’s the future?

In an attempt to showcase what could be the future of dating, Netflix released a Korean drama titled Love Alarm. The plot of Netflix Original Kdrama revolves around a dating that sends you an alert whenever someone near you has a crush on you.

Netflix released Love Alarm Season 1 comprising of 8 episodes on August 22, 2019. After getting the commercial success, it became Netflix’s top release in 2019. And by the end of October 2019, Netflix announced the renewal of Love Alarm Kdrama for the second season.

That’s a great news for Love Alarm kdrama fans all over the world. Now, coming back to this post, here I’ll list

First. Let’s begin with Love Alarm’s plot. If you haven’t binge-watched the kdrama series, it’s the right place for you to start.

As I told you earlier, the dating app love alarm ring alerts whenever someone within 10-meters of radius is attracted towards you or likes you. At the time of the launch, Love Alarm attracted quite a large following. However, this was the start of something worst as Love Alarm starts to wreak havoc in the lives of three teenagers – Kim Jojo, Sun-Oh, and Hye-Jojo.

Initially they kiss each other but the absence of romantic feelings between them, it seemed like a friendly kiss done out of plain curiosity. However, this incident left Sun-ho wondering why his best Hye-Yeong likes Jojo.

On the other hand, Jojo is more curious about a new kid in the school who seems to know her. This further led to a chain of events causing havoc in the life of these main characters of Netflix Original Korean Drama.

I said this earlier, I would say it again, if you haven’t binge-watched Love Alarm Season 1 on Netflix, skip this part to avoid any spoilers coming to your way.

However, by the end of the first season, it’s clearly visible how she’s attracted Hye-young. How she preferred Hye-Young’s comfort over the exciting thrill she had with Sun-oh. Tell me if I’m wrong here. Sparks were clearly evident between them. Even though Jojo is well aware that she won’t be able to ring Hye-young’s love alarm, she highly believes that his love is enough for them.

I don’t whether they knew this or not, all this was expected to happen because of a shield that she had added to her Love Alarm during her breakup with Sun-oh. Ever since then, she had problem in differentiating her feelings between Sun-oh and Hye-young. And despite removing the shield, her love alarm app rings with two hearts – Hye-young and Sun-oh.

That’s how Love Alarm Season 1 ended and left the viewers with a question. What do you think? Who’ll Jojo choose in the Love Alarm Season 2? Will it be Sun-oh or Hye-young? Whoever, it’ll be, do share your thoughts in the comments section given below.

Now comes the most important question – When Love Alarm Season 2 will release? Well, at the time of renewal, the Netflix Original Korean drama was expected to return on August 22nd, 2020.

However, because of the COVID-19 pandemic in 2020, its release is delayed to 2021. Now, there’s no exact release date of Love Alarm Season 2. Don’t worry. I’ll update you once there’s an official announcements from Netflix.

How to Watch Love Alarm Season 2?

Other than Netflix, there’s no platform that can air the series legally. However, there’s plenty of illegal sites that can stream Love Alarm kdrama & that too with English subtitles. The list includes dramafever, kissasian, newasian and vice versa.

Yeah! It’s true. There’s an actual Love Alarm app. It’s available for both the Android and iOS users. Have you tried this app in your smartphone?

How’s the app in real world usage? Just like the Korean Drama, can this be used to find your love?

By only reading this, there would be countless thoughts in your mind. Well, stop dreaming up

The Netflix K-drama’s director, Lee Na-jeong had clearly explained that the app was created to make the show feel more realistic. Here’s exactly what she said in her interview:

“We invested a lot of time and effort in creating an app that actually works, collaborating with app development specialists, designers, and sound designers so that the audience can immerse themselves in the story, watching the characters feeling various emotions looking at the screen of the Love Alarm app.”

Once again, this question pops in your head – Is this similar to the app used in the tv show? No, not in any way. In the Netflix Original Kdrama, you sync the love season app with their hearts.

However, this isn’t possible in real-life as there’s no way for you to sync your GD feelings with your smartphone. Instead of receiving “nobody within a 10-meter radius loves you” notification, Love Alarm only rings when your friends launch the app with your invitation link. At regular intervals, the Love Alarm app rings as soon as you hit the specific location-based zones.

So technically, the love alarm doesn’t work like the tv series version of the app in any way. If your friend or crush doesn’t know about the Love Alarm kdrama, it’s nearly impossible that they’ll install the app using your invitation link.

Despite all the reasons, if you want to try out the Love Alarm app for at least once, you can download and install it quite easily in your smartphone.

Note: It would be best if you open these links in your smartphone as you’ll be redirected to the respective app store.

Q: Is love alarm based on a webtoon?

A: Yes, Love Alarm Netflix Original kdrama is based on Daum Webtooon of the same name by Choe-Kye Young.

Q: Can I watch love alarm on Viki?

A: No, it’s a Netflix Original Korean Drama. There’s no legal video streaming that can air Love Alarm Kdrama

Q: In love alarm, who will jojo choose?

A: Everyone including me is expecting that Jojo will pick Hye-Young as her lover.

Q: Who is love alarm’s developer?

A: In the Netflix Original Kdrama, there is no obvious mention of Love Alarm’s developer. However, for a brief moment, Dak Gu (The Developer) was shown looking up at the bright sky as logo of Love Alarm appear in the clouds.

Q: How did jojo’s parents died?

A: Jojo is repetitively haunted by her past. When Jojo was a child, she came back to life as her parents succumb to death. Nobody apart from her family knows that her parents inhaled smoke and overdosed on pills. At the time of this incident, she chooses to survive & leaves her parents behind to die.

What do you think of Love Alarm Kdrama? Who’ll Jojo choose in Love Alarm Season 2? Will it be Hye-young or Sun-oh. Taliking about love alarm season 2 – when are you expecting to see the Korean drama?

That’s all for now. I’ll end this post by asking one last question – Can this be the future of dating? Whatever your opinions are, do share your thoughts in the comments section given below. 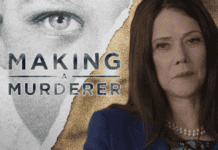 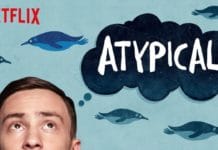