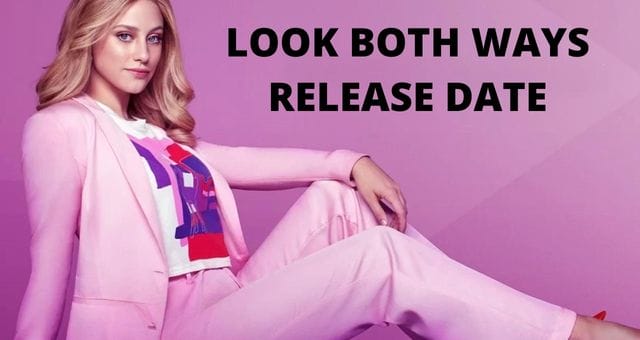 Look Both Ways Release Date: When Your Life Gives You Two Choices!

Let’s talk about the Look Both Ways release date and all the information you ought to know about the movie starring Riverdale star Lili Reinhart who made her Netflix debut with this Romantic movie.

Filmmaker Wanuri Kahiu‘s romantic comedy Look Both Ways has been based on a script from April Prosser. We may be familiar with Kahiu through her critically acclaimed drama Rafiki as well as her award-winning feature From a Whisper.

Just on the eve of her university graduation, promising animator Natalie decides to do a pregnancy test, which causes her world to split into two distinct futures.

Inside one, she is expecting a child and decides to remain in Texas. In another, the test proves to be negative, therefore she moves to Los Angeles to follow her dream of becoming an animator. Let’s check our understanding of this new Romantic feature now.

What is the Look Both Ways Release Date? 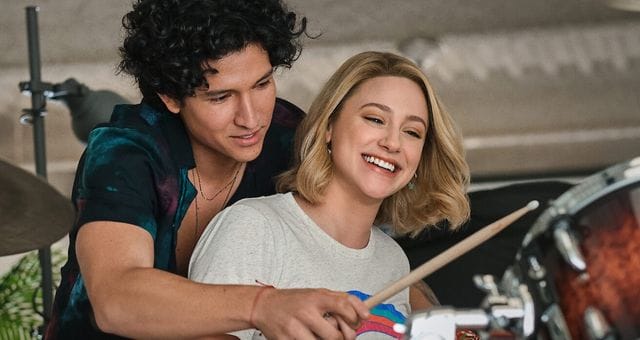 The Look Both Ways release date was August 17, 2022, which is another fantastic rom-com film that came to be made available on Netflix. On the day of launch, the movie was made available to stream around 12:00 a.m. PT/3:00 a.m. ET.

Also Read: Renfield: Everything We Know About This Dracula Movie?

Throughout Austin, Texas, principal photography commenced on June 21, 2021, and then ended on August 8, 2021. Los Angeles, California, was the site of further production.

What is the Storyline of the Rom-Com Movie? 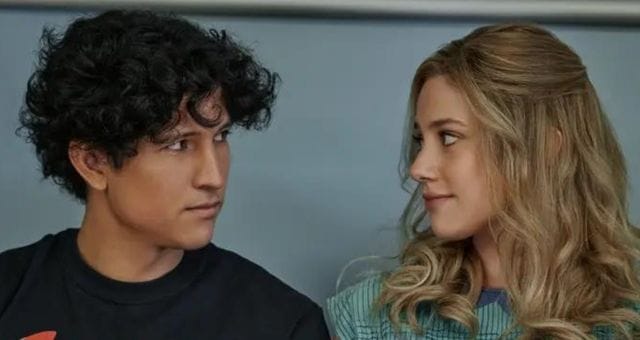 Natalie had sex with a friend, called Gabe in her final year at the University of Texas, and they both decide not to become overwhelmed over it.

A few days later, Natalie experiences nausea on the eve of their graduation, while her best friend Cara finds out she’s pregnant. Whenever Natalie accepts them, the outcome causes her life to split into two alternative realms.

If Natalie’s test results are positive, she returns home alongside her parents, who are not overjoyed and quite disappointed by Gabe’s prominence as a budding musician. Although Natalie struggled with the idea that she will soon be a mom, they support her in continuing to seek her ideal job in animation.

In the scenario when her test results are negative, she with Cara relocate to Los Angeles and begin pursuing their professions. Natalie applies to work as Lucy Galloway’s assistant.

While yearning for employment, she finally receives an opportunity and strikes up a close friendship with her coworker Jake. He wants to become a major film producer, and they support one another in pursuing their goals.

Also Read: Wendy Williams the movie: everything we know about this biographic film?

When their baby Rosie is delivered, Natalie and Gabe manage to co-parent throughout the pregnant world. He wishes them to stay together with him, however, Natalie refuses and advises him to start dating instead. However, further on, in a talk with Cara, she expresses sorrow over her decision.

Natalie feels awkward as the friendship between Gabe and Miranda develops. Natalie receives a call from Rosie saying she was left with just a stranger overnight while she traveled to Los Angeles to see Cara as well as her girlfriend.

Despite Cara’s dismay, Natalie hurries back and learns that Gabe already proposed to Miranda. Natalie gives her all to her creative pursuits.

Inside the alternate universe, Natalie and Jake fall in love and think of relocating together. That seems to be before Jake is offered a one-year production position in Nova Scotia. They attempt long distance, however, Natalie feels it to be ineffective because Jake is constantly preoccupied with work.

When Natalie presents her portfolio to Lucy, Lucy makes some harsh comments about how uninspired it is. She advises her to give up so she can find her voice, and she does. She feels like a failure as she and Cara make their way back home from a friend’s baby shower.

Natalie experiences a professional breakthrough across both worlds. She got accepted to the South by Southwest film festival, wherein she participates in what seems like a panel discussion with Lucy and certain other creators in one world and has her short film shown in the other.

Natalie runs across Gabe’s band in a pub in one universe, trying to catch up with him through five years. Afterward, Natalie is taken aback that Jake, who risked his job for the movie, traveled to see the short film.

Once Lucy discovers Natalie’s artwork, she invites her to visit when she gets back to Los Angeles. In the second, Natalie and Rosie are seen enjoying a pub performance by Gabe’s band. She then queries him as to Miranda’s absence from the gig. According to Gabe, he ended the engagement since he loves her and not Miranda.

Inside one universe, ecstatic to be back together, Jake and Natalie stroll through the neighborhood. In another, Natalie and Gabe have quite an honest discussion concerning how they want to grow their relationship.

Both of the couples pass Natalie’s sorority house, wherein she took her pregnancy test, bringing both worlds together. Natalie enters the restroom, checks herself inside the mirror, and tells herself that everything turned out okay. 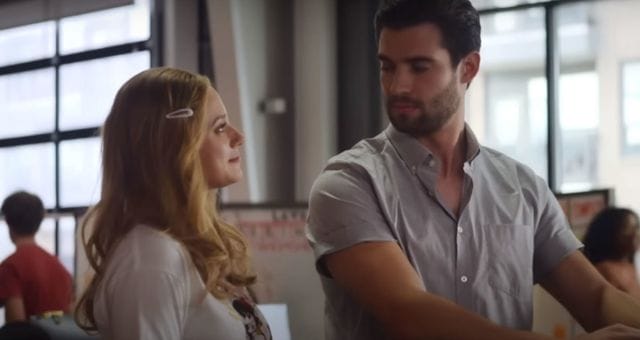 As was already noted, Lili Reinhart plays the lead. She portrayed Natalie, a young lady attempting to balance parenting and discovering how to follow her career. Then the cast also includes Danny Ramirez who was seen as Gabe, David Corenswet in the role of Jake, and Aisha Dee in the character of Cara.

Furthermore, we got to see Andrea Savage in the role of Tina Bennett, Luke Wilson in the role of Rick Bennett, Nia Long portray the character of Lucy Galloway, and Elisa Annette played the role of Shay Tenzie.

Trailer of Look Both Ways!

Here is the trailer of this fantastic Rom-Com on Netflix

What is the IMBD rating of Look Both Ways?

The estimated runtime of the film is 1 hour and 50 minutes.

What are the main genres of the Look Both Ways movie?

The main genres of the Look Both Ways movie are Comedy, Drama, and Romance.

We are quite eager to see Reinhart because, throughout the years, she has featured in a lot of critically adored and well-liked films, notably Chemical Hearts, Galveston, as well as Hustlers, to mention a few. She is most known to television viewers for playing Betty Cooper from Riverdale, a well-liked mystery program.

How to Boost Your Content Marketing Using HD Photos for Blogs

Cain Velasquez Net Worth: Biography, Career and Many More We Know So Far?