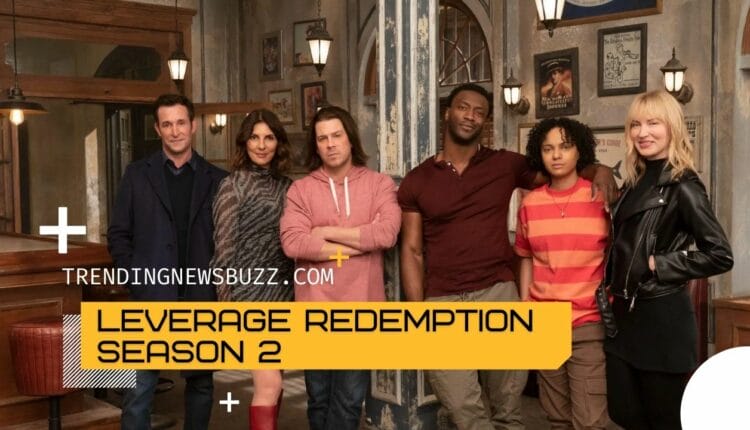 Leverage Redemption Season 2 : Everything You Need to Know About This Series!

One of the most entertaining television shows of the year 2021 is returning for a second season, and the good news is that we already know some of what to expect from the show.

After a triumphant season one finale in which the crew brought down dark organization RIZ (but is it truly gone for good?) and successfully guided former corporate lawyer Harry Wilson (Noah Wyle) onto the path of doing some good, Redemption will return for a second season. Aside from that, while he was out rescuing the world in other ways, hacker Alec Hardison (Aldis Hodge, whose availability was restricted) returned to the crew, and thief Parker (Beth Riesgraf) made a choice on the future of the leadership of the group. 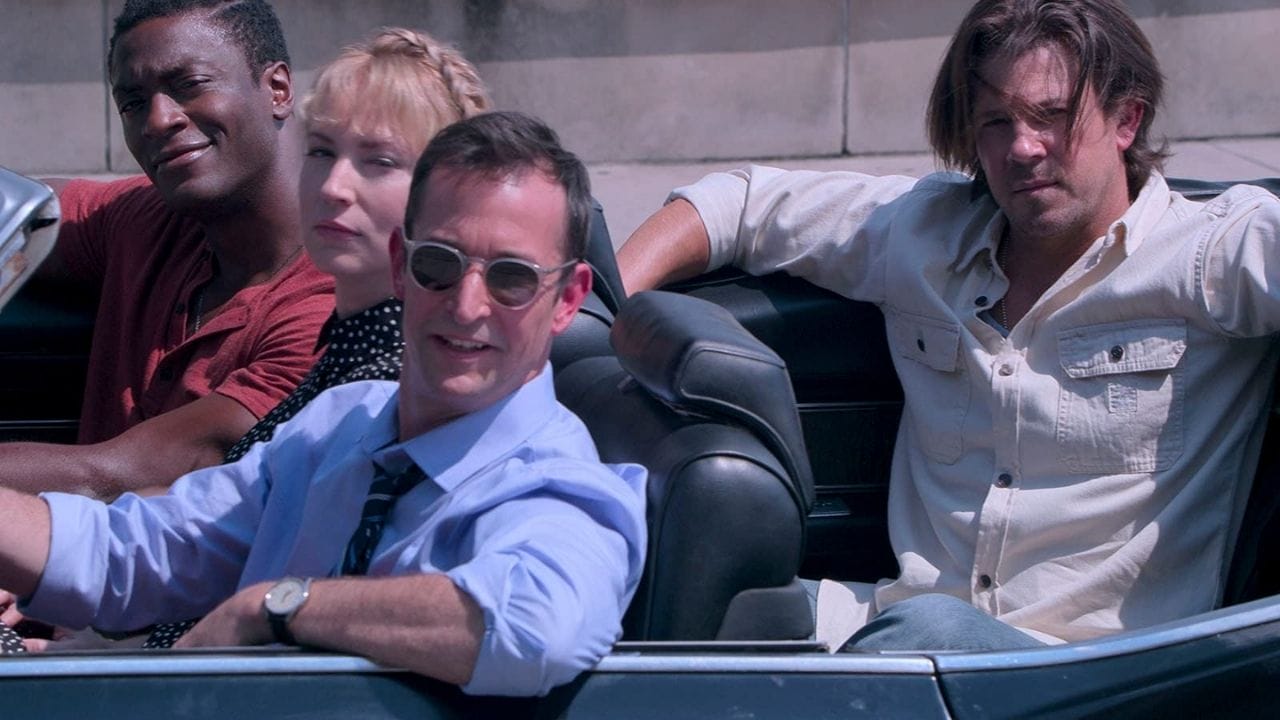 As of late 2021, there is no set release date for the second season of “Leverage: Redemption.” IMDb TV has not released any details regarding the season’s filming or provided any more information about when viewers can anticipate the show’s new episodes to air. Dean Devlin, the show’s co-showrunner and executive producer, is also keeping the specifics under wraps.

When he learned of the renewal, he expressed excitement: “Bringing these characters back has been a dream come true, and working with such great people as the team at IMDb TV has been an absolute delight. So glad we get to do it all over again,” he said of the renewal.

Season 1 of “Leverage: Redemption” was comprised of 16 episodes, with the first and second portions of the season premiering months apart from one another. The staggered release schedule allowed viewers to catch up on new episodes while also allowing them to watch two marathon episodes. This allowed viewers to become acquainted with new cast members and characters who had been introduced to this previously established set of characters.

Who is in the cast of Leverage: Redemption Season 2?

One of the most compelling aspects of “Leverage: Redemption” is the presence of characters that have previously been on the program. All of the original cast members that brought the crew to life returned for Season 1, with the exception of one actor, and it appears that they will return for Season 2. (via TV Insider). This time around, Gina Bellman plays Sophie Deveraux, the leader of the organization. Like her earlier portrayal of the character, Bellman portrays Deveraux as a larger-than-life person who, while she may be unable to dominate a theatre stage, manages to pull off the con in the most unlikely of circumstances.

Read more: Titans Season 4: Know Everything About It!

As Eliot Spencer, Christian Kane, a familiar face from other Dean Devlin’s Electric Entertainment productions, takes on the role of a tough guy with a passion for fine dining. Aldis Hodge’s hacker character Alec Hardison is brought back to life by Beth Riesgraf in a new narrative for Parker that expands on their previous relationship. Due to commitments with other projects, Hodge was unable to return for the whole season. To keep the tale moving, the authors used other avenues such as quick remarks or phone talks with an unseen Hardison to keep him coming back for further appearances.

The two biggest arrivals from Season 1 are also expected to return for Season 2, with Noah Wyle reprising his role as lawyer Harry Wilson. Despite the fact that he is still struggling with the demons from his years of service to the rich and powerful, he is proving to be a useful asset to the squad. In the role of Breanna Casey, Alyse Shannon joins the film as Hardison’s foster sister, who also happens to be a tech prodigy in her own right. Her reputation for coming up with some fairly beneficial ideas is growing even as she continues to learn more and more about the business world.

The grifter, thief, hitter, and hacker arrangement that was created on “Leverage” was brought back on “Redemption,” demonstrating how certain things may change while others remain the same in the world of television. Sophie Devereaux reunites the team (Parker, Hardison, and Spencer) following the death of her husband, previous team member Nathan Ford, in a car accident. 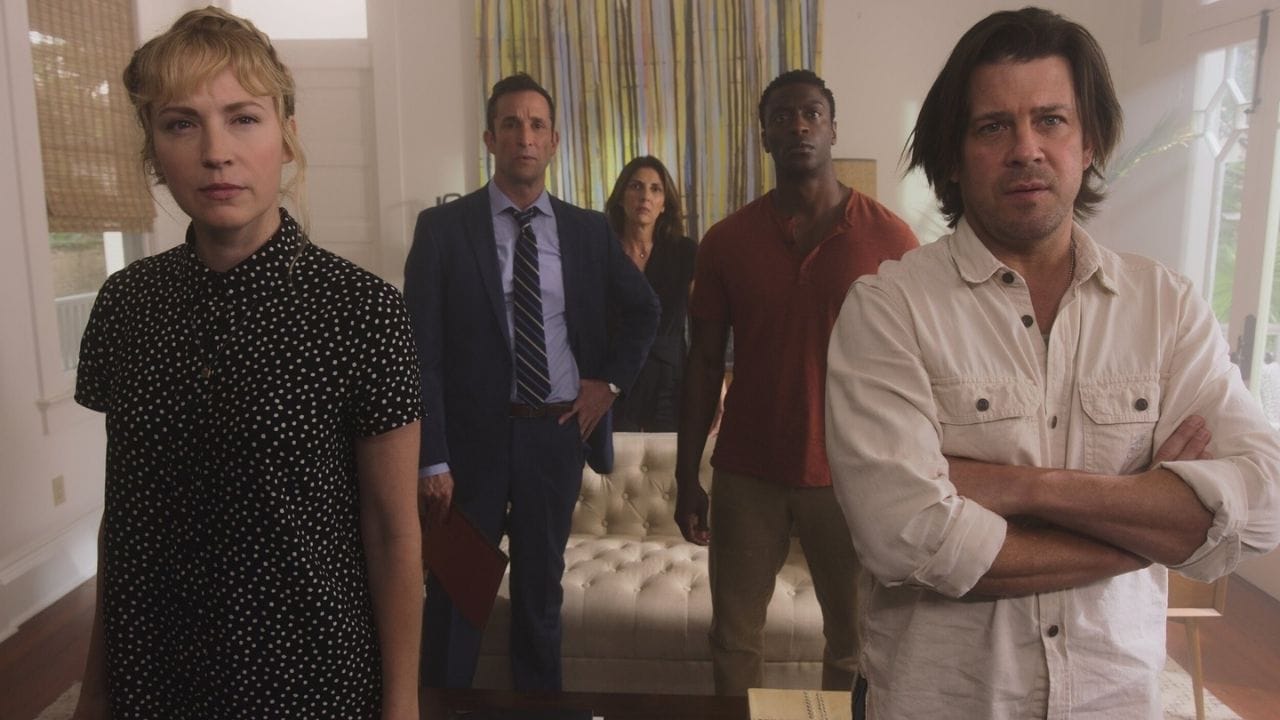 The mourning does not last long, however, as they discover that there are still a large number of individuals who must make up for their wrongdoing. The former actress takes on the role of team leader while Sophie is doubtful if she would be able to repeat the experience. In the meantime, Deveraux is guiding her companions into new con games while simultaneously dealing with her bereavement.

Harry Wilson is a character that is not dissimilar to Sophie. Wilson is attempting to carve out a place for himself after being estranged from his family and coping with the consequences of actions he made as a lawyer. Wilson walked away from the squad at the conclusion of the first season. Season 2 might perhaps dig into how he’ll return or whether the lawyer would pick a different route away from his newfound pals, as his actor, Noah Wyle, revealed to Collider.

Sk8 the Infinity Season 2: Updates You Need to Know Today!