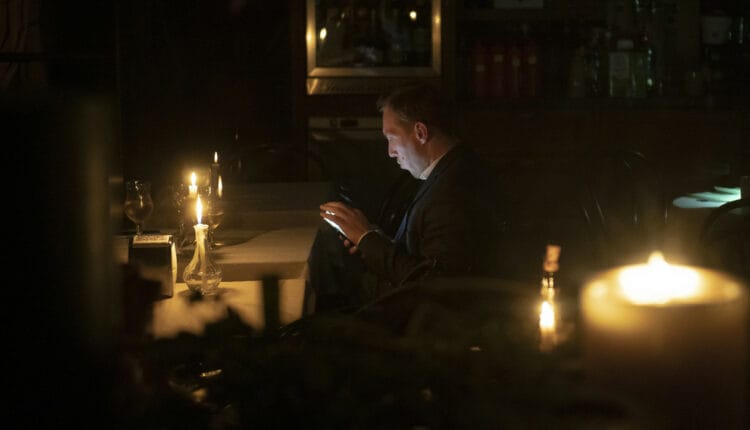 Things are getting hard for the people of Ukraine, especially for Kyiv. One of the cities of Ukraine is most prone to getting attacked by the Russians. The mayor of Kyiv is warning citizens regarding the upcoming threats from Russia. The mayor is constantly urging the people to understand that the winter will be tough for the city’s people. If Russia keeps striking the Energy production of the country, it will bring more problems to the people of the country in terms of Electricity, which ultimately lead to colder.

Russia is already the top-tier country in the production of energy. As the country strikes more conflicts with Ukraine, they cut their energy production the country. On the other hand, Ukraine people will suffer from it.

As winter is approaching, people will go through more problems in terms of cold.

Mayor Vitali Klitschko told state media, “We are doing everything to avoid this. But let’s be frank, our enemies are doing everything for the city to be without heat, without electricity, without water supply, in general, so we all die. And the future of the country and the future of each of us depends on how prepared we are for different situations,”

Ukrainian President Volodymyr Zelenskyy asked the government to handle the situation. In a speech, he said in a nightly video address to the nation. On Sunday, the president addressed around 4.5 million people who were without electricity. He asked the citizens to handle the situation and manage things. He said, “we must get through this winter and be even stronger in the spring than now.”

In a report, Russia targeted Ukraine and its energy plants. The country is more focused on striking and breaking down the energy level of the country. Over the last month, Ukraine has kept dealing with problems regarding energy resources. The action of Russia has created a power shortage among the people and they are going through many hardships in terms of their daily life.

Kyiv is going through a blackout every hour and all the parts of the country are facing the same situation. The same thing is also planned in Chernihiv, Cherkasy, Zhytomyr, Sumy, Kharkiv, and Poltava regions, Ukraine’s state-owned energy operator, Ukrenergo, said.

According to the report, Kyiv plans to deploy about 1,000 heating points. However, there are no updates on whether it would be enough for the people of the country or not. We know that the city has around 3 million people and establishing these heating points will restore the problem of the people or not.

As Russia intensifies its attacks on the capital, Ukrainian forces are pushing forward in the south. The citizens of Ukraine’s Russian-occupied city of Kherson received warning messages on their phones urging them to evacuate as soon as possible. The report was confirmed by Ukraine’s military on Sunday.

It has been said that the Russian soldiers alarmed the people of the city that Ukraine is preparing to attack the place, which ultimately is going to harm the people. They asked the people to evacuate the place

It’s been said, Russian forces are preparing for a Ukrainian counteroffensive to seize back the southern city of Kherson, which was captured during the early days of the invasion. As per the report, Russia illegally annexed Kherson as well as three other regions and subsequently declared martial law in the four provinces.

Nataliya Humenyuk, a spokeswoman for Ukraine’s Southern Forces, told state television that Russia has been “occupying and evacuating” Kherson simultaneously. The country is trying to convince Ukrainians that they will leave the place while they are already moving forward. She said,  “There are defense units that have dug in there quite powerfully, a certain amount of equipment has been left, and firing positions have been set up,” she said.

Along with this, the Russian army is also trying to dig the area of the east, which is already making things hard for the citizens. The people of the place are already rushing and feeling anxious because of this.

“The destruction is daily, if not hourly,” Kyrylenko told state television.

Moscow-backed separatists have controlled part of Donetsk for nearly eight years before Russia invaded Ukraine in late February. Protecting the separatists’ self-proclaimed republic was one of Russian President Vladimir Putin’s justifications for the invasion, and his troops have spent months trying to capture the entire province.