On April 26 of 2020, the Kindom anime’s production committee delayed the broadcast of Kingdom Season 3 after episode 4.

At that time, many thought the anime is gone forever & that too abruptly. However, that’s wrong. Kingdom anime is not over yet.

Today the production committee has stated why there’s a delay in the release of further Kingdom anime episodes. Let’s get started with the actual reasons:

First of all, let me make one thing clear – Kingdom Season 3 is not over yet.

In fact, as of now, it’s just postponed. According to the committee, the production of later episodes of Kingdom anime was going forward as per the exact time allocated.

Then with the rising number of Coronavirus cases, the Japanese government imposed a state of Emergency.

What the Kingdom Anime Is All About? 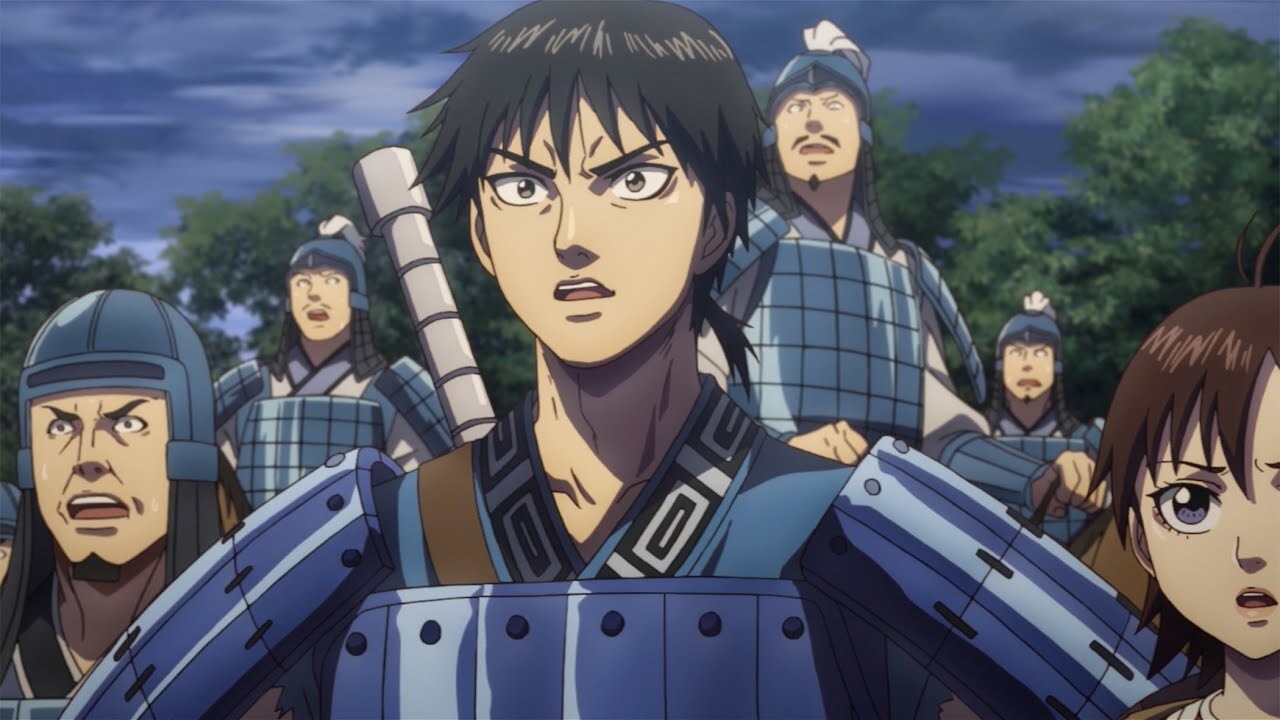 Based on the same name’s manga, Yasuhisa Hara’s Kingdom Season 3 premiered on NHK General on April 5 at 24:15. As for the English streaming, Funimation has the rights to stream the anime series in Japan. As for other countries, Netflix provides Kingdom Season 1 on its streaming platform.

That was some general info. on Kingdom Season 3. But what’s the main plot of the Kingdom anime series?

Kingdom anime follows the story of a slave boy Xin. He has his dreams and wants to become a great general for the state of Qin.

Then he meets the Ying Zheng & helps him with some matter. The young king of Qin Ying Zheng desired to unify China & rise to power within the state. Xin gives his best to become a superior commander of an army that easily dismantle the Seven Warring States.

And as for the record-breaking Kingdom manga, it was first released by Shueisha’s Weekly Young Jump magazine in 2006. Further, the writer and illustrator Yara Hara is planning to release a total of 100 volumes of Kingdom Manga.

After the manga series’s immense success, it was adapted as an anime television series & its 1st & second seasons were premiered subsequently in 2012 & 2013.

Then it took the makers 7 years to release Kingdom Season 3 but even that never went right as the shooting is further postponed to Spring 2021.

Thanks to the Coronavirus.

Further in  August 2019, a Kingdom manga-inspired live-action film was screened in theaters in the United States & Canada.

I’ve binge-watched the 2 seasons of Kingdom anime & the manga chapters as well.

And out of the two, I would recommend you to go with the manga.

It’s excellent. If you loved the anime series, now, what I’m about to say may no go right with you. So, I’m sorry for that but the anime series didn’t do any justice with its magnificent manga series.

If you don’t believe me, go & read it yourself. You’ll find out why I’m saying all this. The art, animation, & the overall flow of the anime was not good at all.

However, as compared to the first season, I found Kingdom Season 3 to be quite promising. It indeed looked way better than the previous 2 seasons. It was our bad luck that the 3rd postponed to Spring 2021.

Once you start reading the Kingdom manga, you’ll explore a new world of the art, the war, strategy, and political aspects. And that’s what makes it addicting.

If you’re serious about reading the Kingdom manga series, Mangahere is the perfect place to start. Once you finished reading the manga, let me know your thoughts on which one’s better – Kingdom anime or Manga.