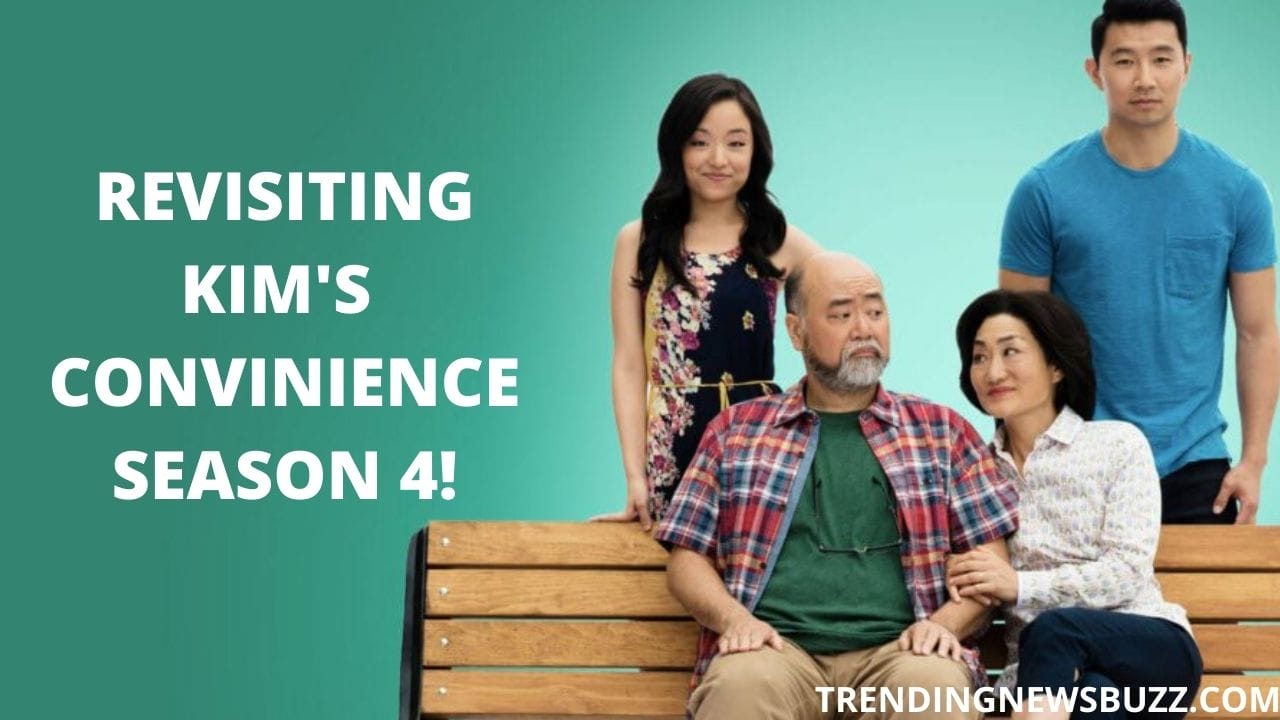 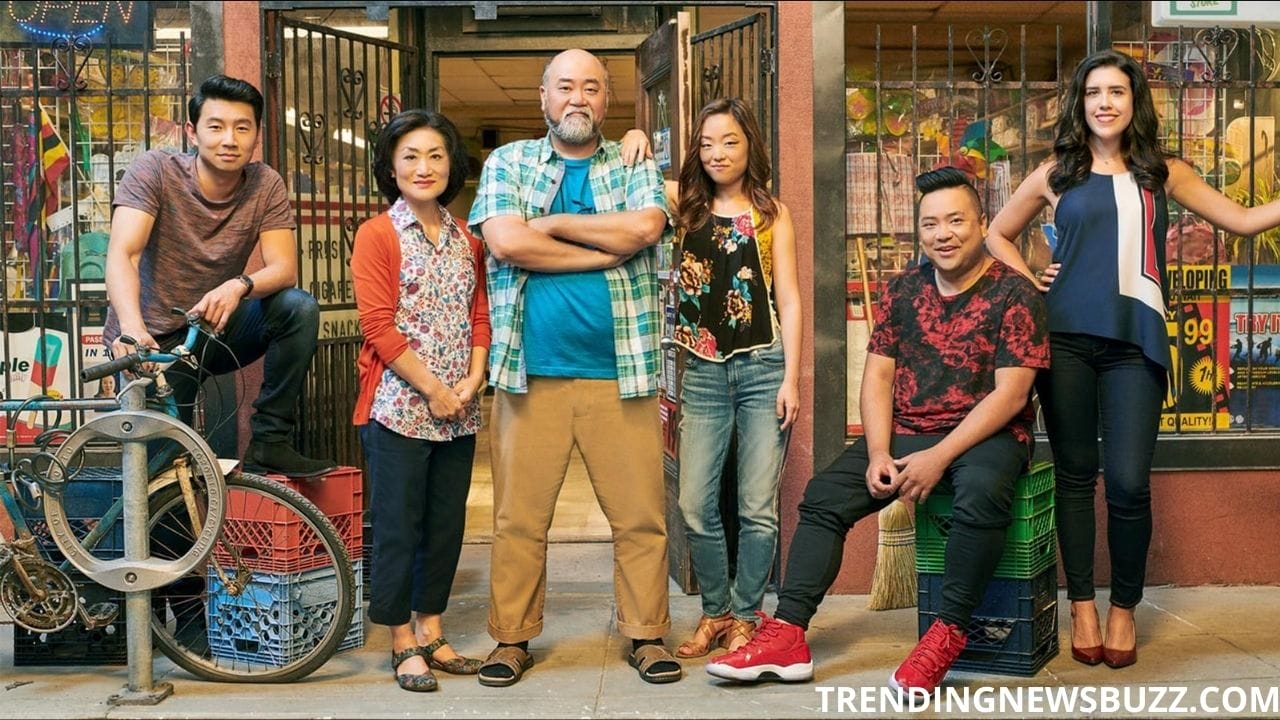 Kim’s Convenience has become one of the favourite hidden comedies of Netflix in no time, isn’t it? With five seasons in count, Kim’s Convenience Season 4 has proved to be the most favourite and also been in recent talks, but do you wonder why? Don’t worry, we have got you! In this article, we have covered all the essential points that will answer your questions. Just keep reading till the end and we will not disappoint you.

Did you know there is a series about a villainous superhero from the DC Comics? What are you waiting for? Don’t miss John Cena Starrer Peacemaker Is Paving Its Way Towards Your Screens Soon!

About The Series- Kim’s Convenience

Kim’s Convenience is a sitcom that made its debut back in 2016 with its first season on the CBC Network. It features a Korean-Canadian Kim family who run a convenience store, their day-to-day comedical encounters, and unusual occurrences in their shop. 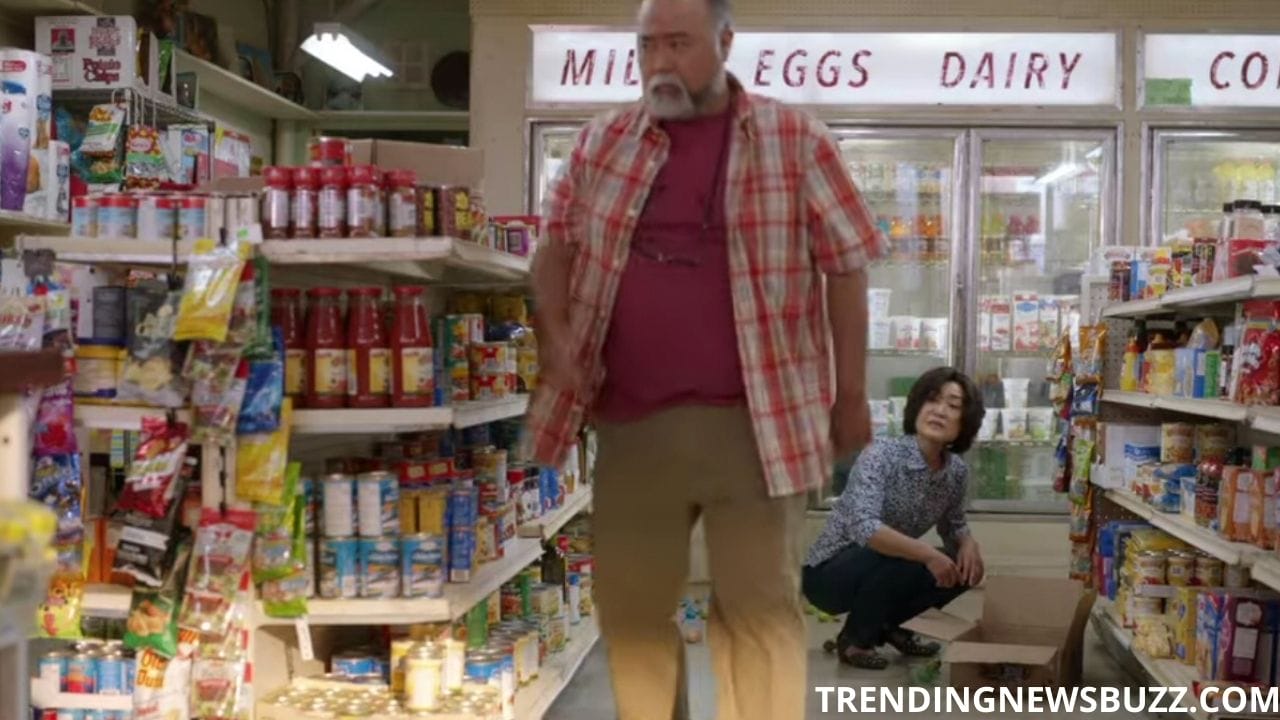 Who doesn’t love comedy, right? It is a source of relieving all the stress and tension, isn’t it? And Kim’s Convenience, being hitting perfectly on the genre, has received a lot of love from its viewers. The sitcom about the Korean-Canadian family serving diversified customers at their store is definitely a treat to eyes, isn’t it? The series beautifully blended social commentary with the themes of careers, romances and more. 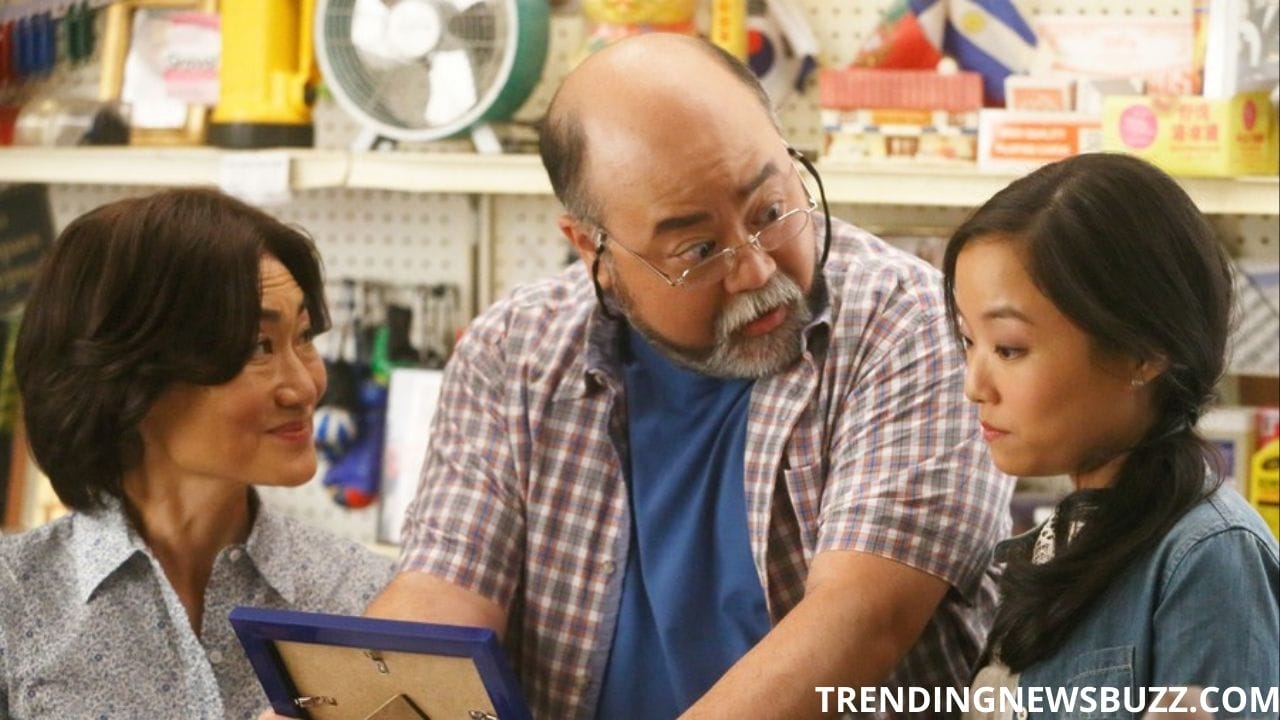 The series is based on a 2011 play of the same name which was created by Inis Choi. Later, he along with Kevin White, developed the series Kim’s Convenience that continued its journey for five seasons with a total of 65 episodes to its count.

If you love live action adaptation of animated series, then we have something for you! Also read The Little Mermaid: Live-Action This Time! 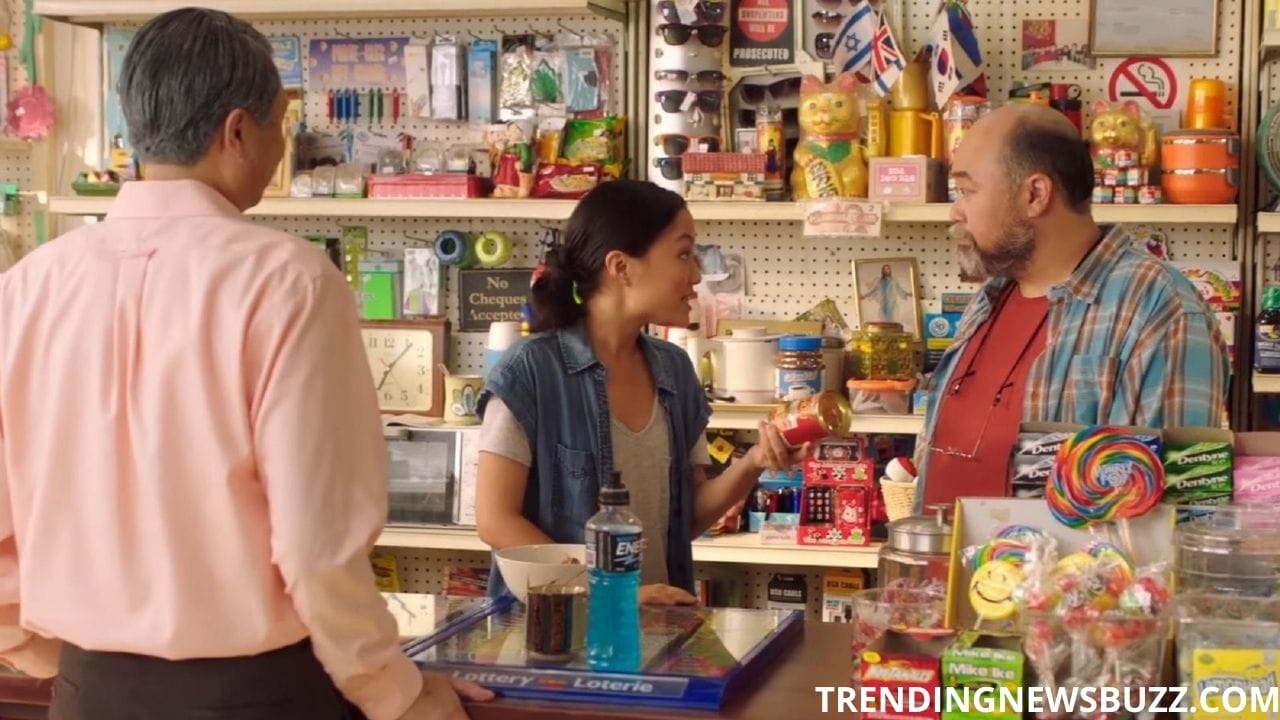 If you love sports drama, then this could be what you are looking for. Don’t miss 5 Things to Know Before You Watch Games People Play Season 2

Kim’s Convenience Funny Behind The Scenes

Before we move further with this article, here is a small treat for you that you will surely love! Let us take a short look at the fun the cast and crew had in the making of Kim’s Convenience. Click on the play button below:

Isn’t it amazing? Just imagine, if this looks so much fun, what the series actually offers is out of the world.

If you have been wondering why a particular episode from a series attains so much of attention, then you should definitely read What’s Brewing For The Most Iconic Episode of Game of Thrones: Battle of The Bastards?

Portraying a Korean-Canadian family, Kim’s Convenience Season 4 features the amazing cast that has been on board since the first season. Here is a list for you: 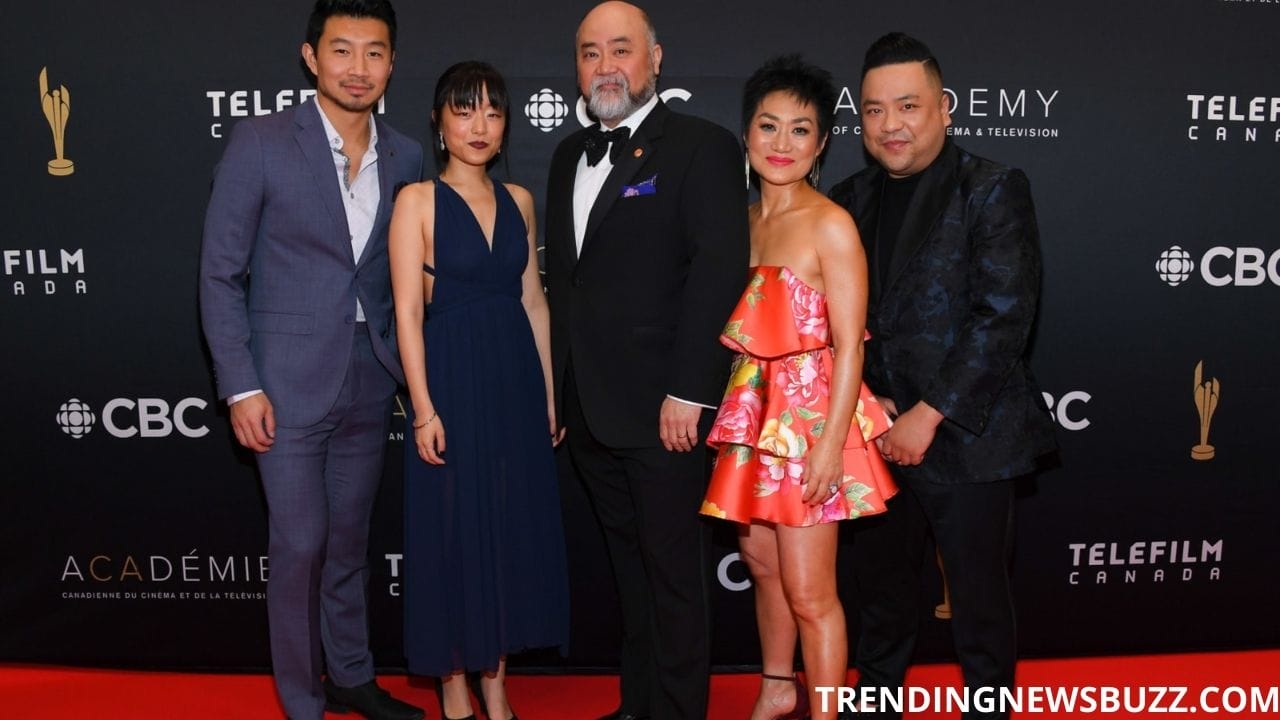 If you love solving mysteries as you go along with a series, then also read All You Need To Know About Murder Mystery 2!

With thirteen specific episodes, Kim’s Convenience Season 4 showcases the funny and heartfelt misadventures of the Kim family. Here is an episode wise plot analysis for you.

The character Raj called off his wedding because he could not move on from his love affair with Janet, he was still in love with her. Knowing this, Janet runs to Raj, only to admit that she too still has feelings for him. They both do their best to spend time with each other but the problem arises when no one knows about this and Janet’s mother prepares for the wedding. 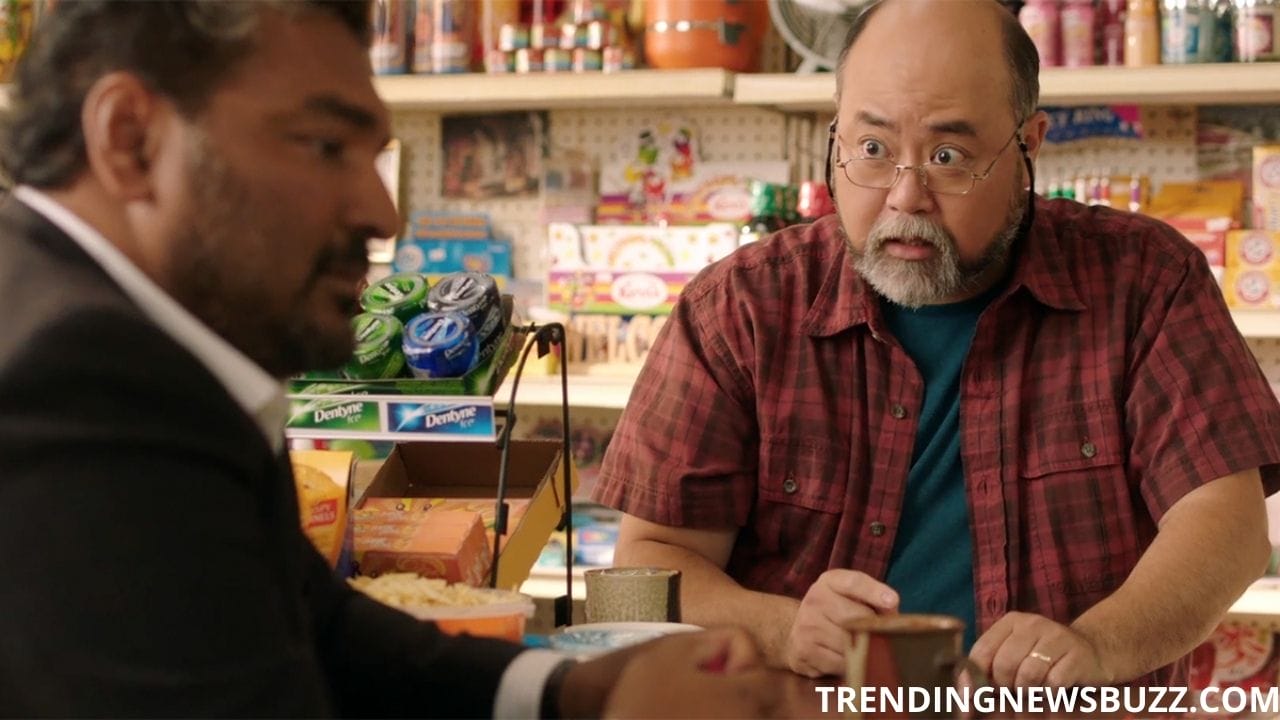 Mr. Kim unwillingly welcomes the house guests while his wife, Mrs. Kim ends up messing with the visitors. On the other hand, Jung charges his sister Janet for being cold-hearted and Shannon tries to resolve the bullying problem at the office.

When Mrs. Kim arrives at an event in Janet’s school, she is mistaken for a helper. On the contrary, Mr. Kim takes up Maths classes only to prove his tutoring skills. Shannon is finally single but is not sure about Jung’s feelings for her.

Janet crafts a plan to bring the whole Kim family together for a family dinner after fifteen long years, but Appa and Jung think this gesture is too much to handle. Simultaneously, Jung and Shannon do their best to hide their relationship from their fellow mates. 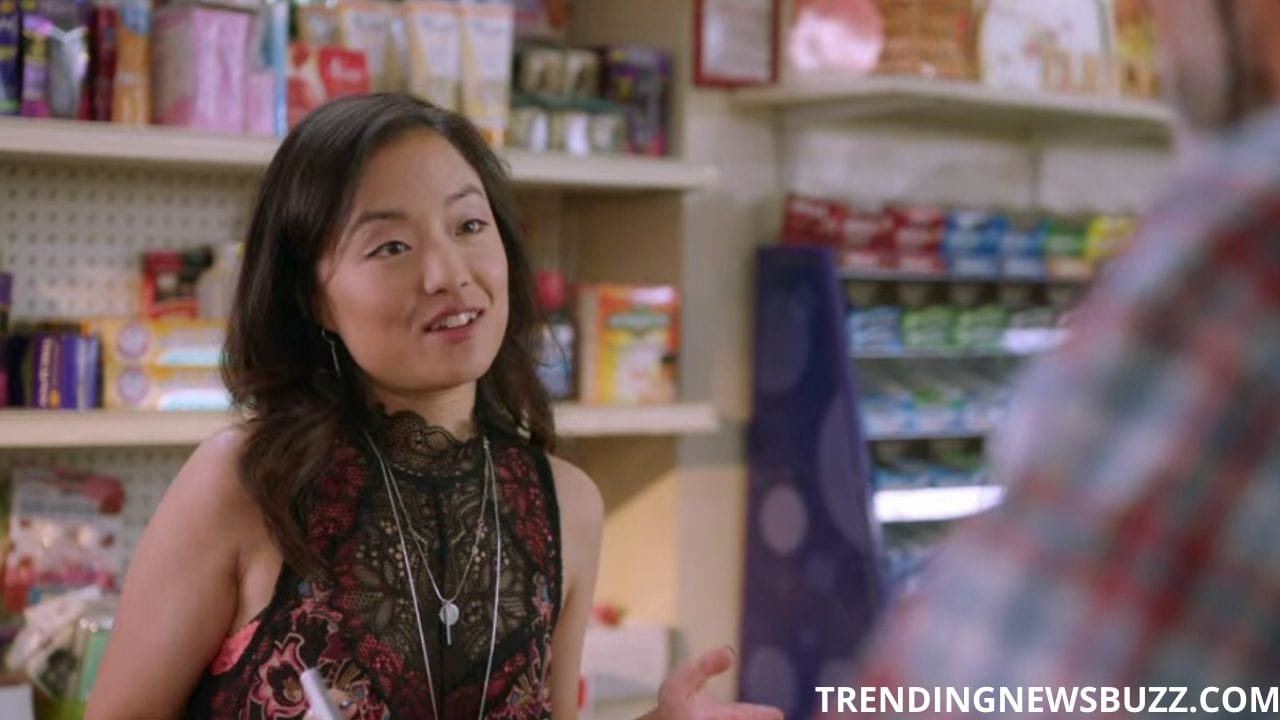 Janet considers inking a tattoo for herself. Jung and Shannon celebrate their five-week anniversary with gifts for each other, and Mr. and Mrs. Kim catches an interesting gossip about Pastor Nina.

Mr. Kim snoops into the conversation of Gerald with Chelsea and learns that they plot on telling a lie to their parents. On the contrary, he tells Janet that he knew whenever she lied to him. 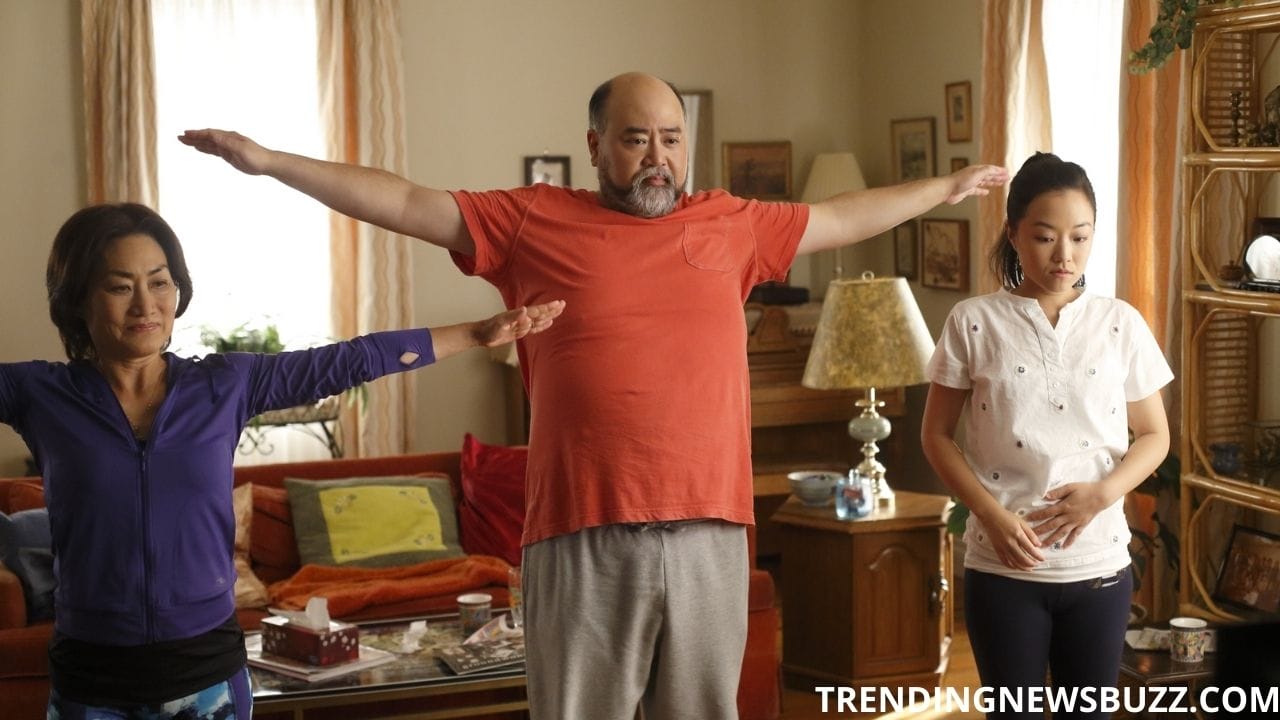 Janet is asked to take stills of Shannon’s cats and Umma assigns a task to Jung to pick up Appa from the dentists, but things go unplanned. On the other side, Kimchi is threatened by terence.

Episode 9: Which Witch Is Which

Mrs. Kim re-examines her role as a mother because she thinks she wasn’t able to take up the responsibility well. Mr. Kim tries to utilize the money he receives for a good cause. And Jung and Shannon discover their contrasting concepts.

Episode 10: In The Bedroom

Appa and Umma conceptuates a new sleeping arrangement for themselves. Jung engages into a new career and also involves Janet. Meanwhile, Shannon and Kimchee figure out a different side of Terence. 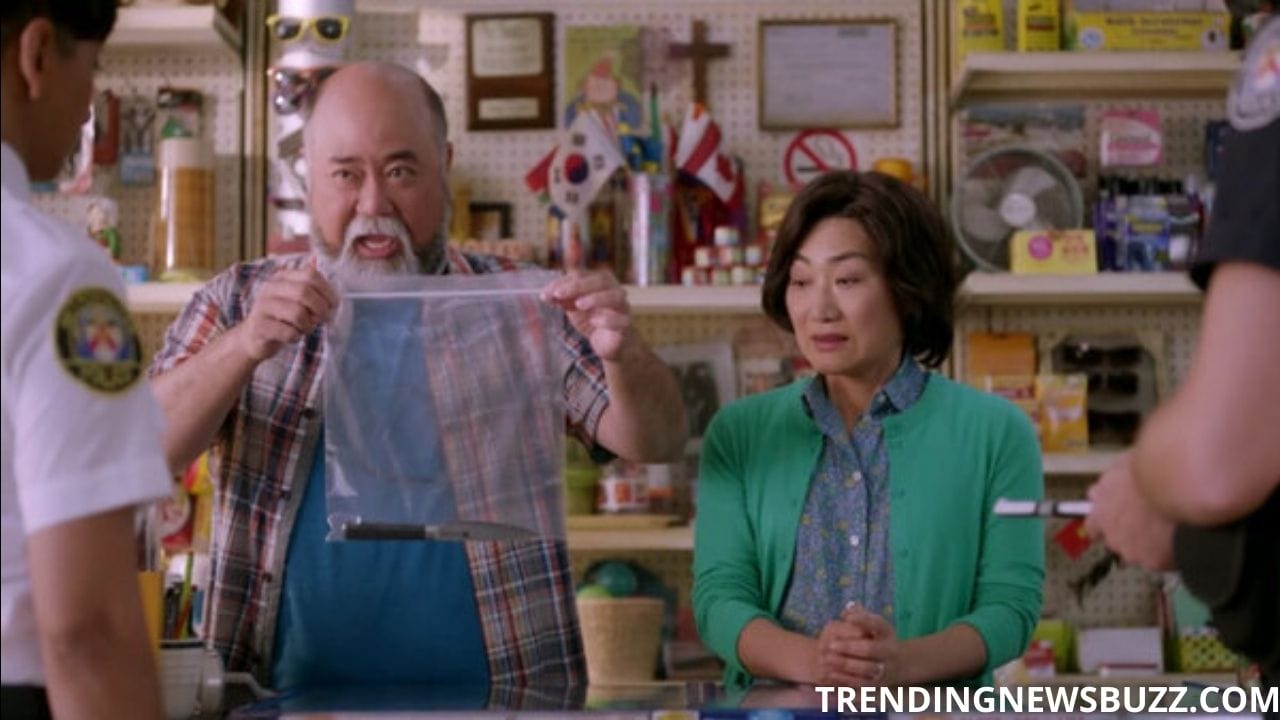 Episode 11: Birds of A Feather

Chelsea and Gerald interfere in Janet’s summer plans. Mr. Kim is summoned to a business seminar as the lead and Jung cares for Shannon.

Mrs. Kim thinks she has found a dangerous weapon, and Janet on the other hand realizes that she had nothing in common with Nathan. Also Kimchee tries hard to adjust with the new managers. 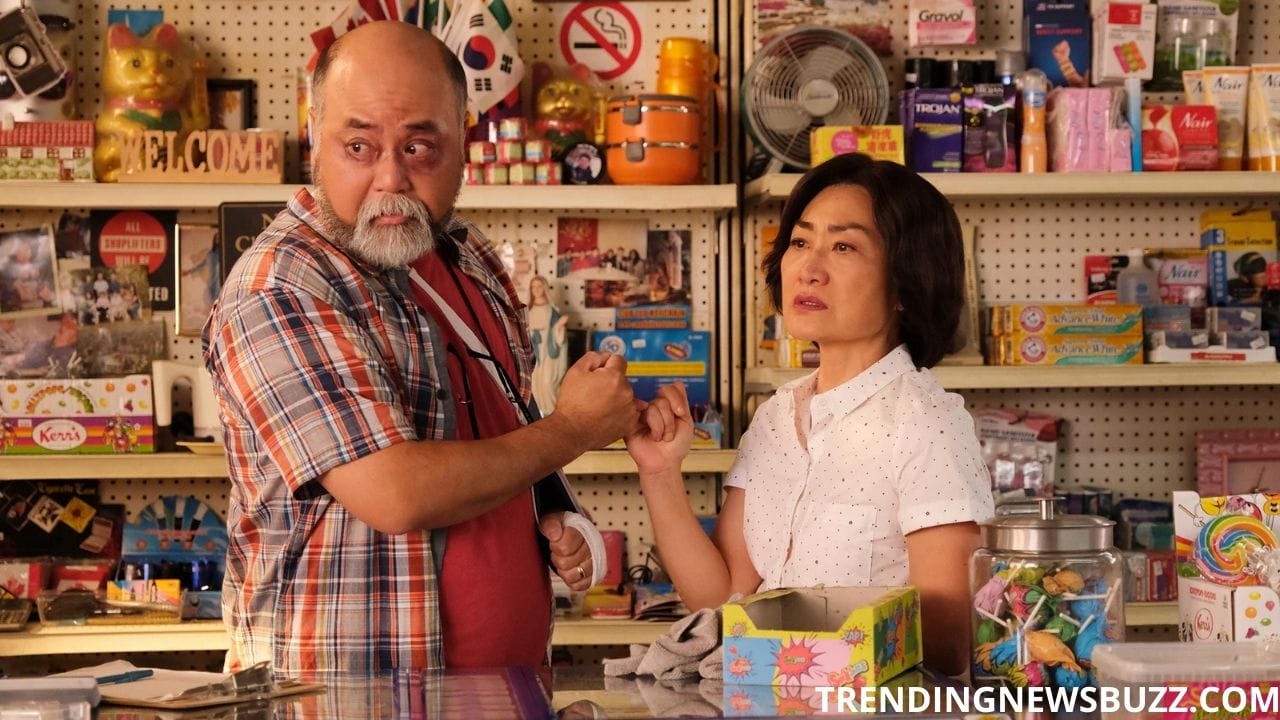 Mr. and Mrs. Kim plans for their future and thinks of moving out of their comfort zones. Janet is given an opportunity for an internship abroad. And Jung along with his friend Kimchee move into new living arrangements.

If you are looking for something horror to watch, then also read Is Walking Dead Season 12 Happening?

The series received an IMDb rating of 8.2 out of a total of 10. With that on account, Kim’s Convenience Season 4 received positive reviews from the critics. They stated the show has everything to make you laugh and could possibly be a classic. They also point out the use of sharp and on point dialogues. 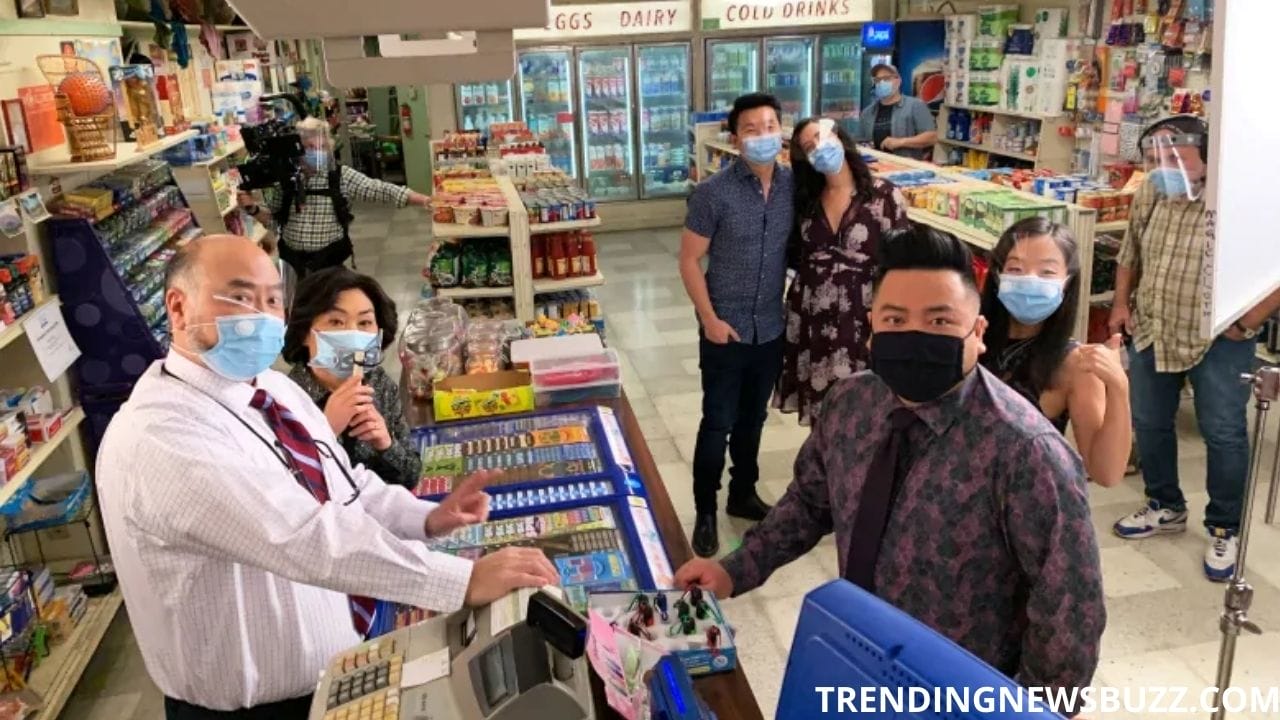 While on the other hand, some critics believe that the show lacks its potential to be a true sitcom. Kim’s Convenience Season 4 is pleasant to watch but not actually funny.

If you love horror comedy then this could be perfect for you! Don’t miss Enter Into The World of Los Espookys Season 2

Controversies About The Series

The series’ untimely exit aroused a lot of questions. With Inis Choi departing as the co-creator of this show, Thunderbird Entertainment refused to renew Kim’s Convenience to a sixth season. Also the protagonists talked about their life behind the camera- despite their happy appearances on screen, the actors claim that because they were Asian cast members, they felt alienated and disoriented from the producers of the show, which clearly indicates a ‘not-so-uncommon’ averment for Asians in the American entertainment industry. 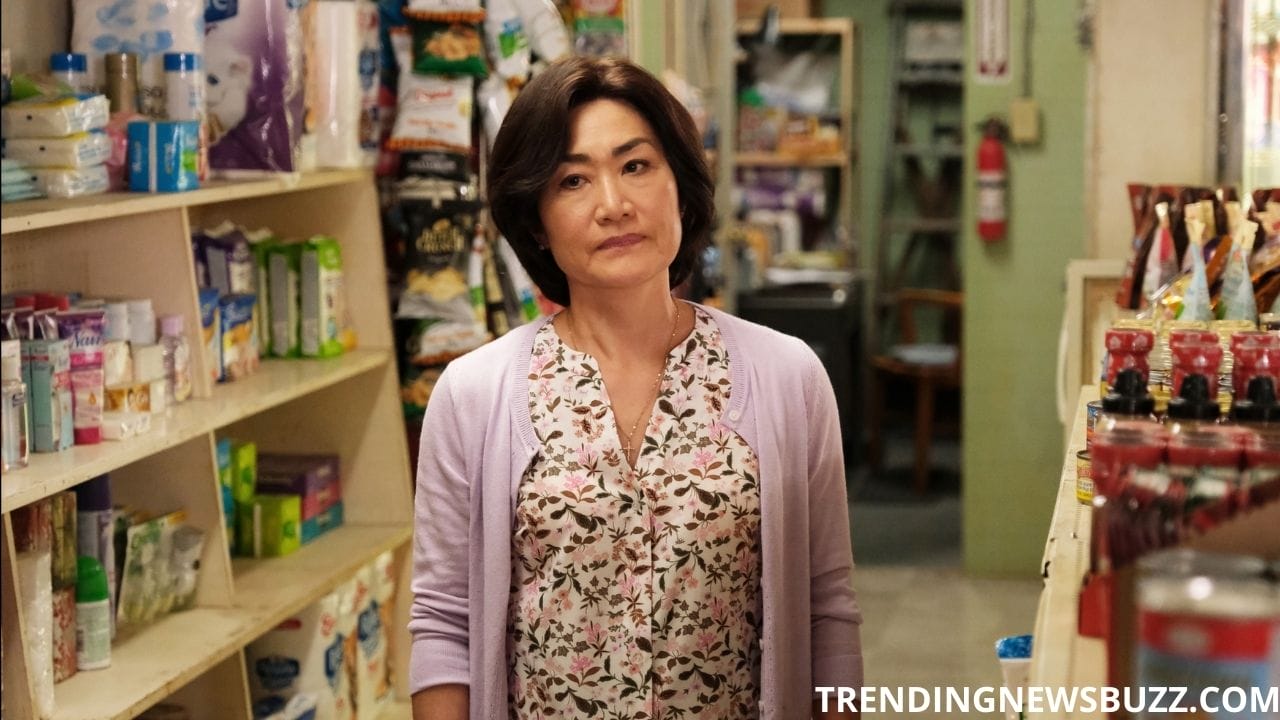 What do you think about this? Is it really a good practice to make the cast feel uncomfortable on the sets?

Why Was The Show Cancelled After The Fifth Season? 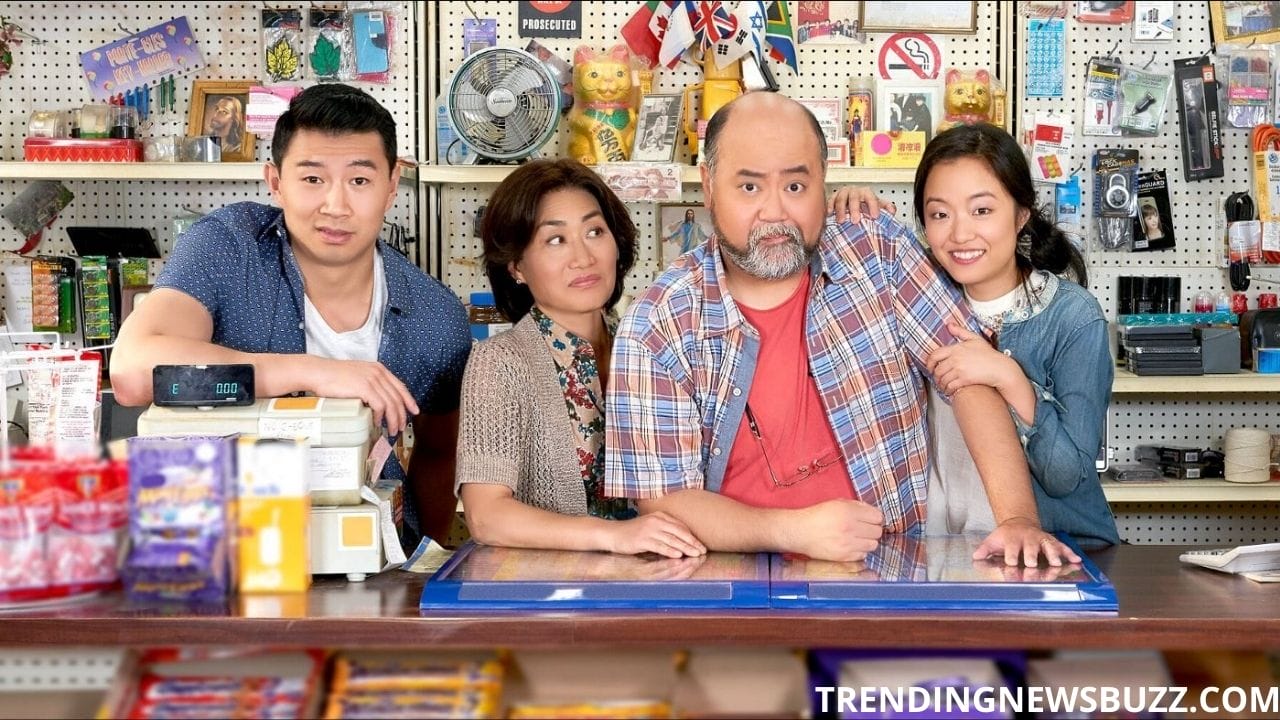 Kim’s Convenience was abruptly called off after the fifth season premiered. Though there was so much to tell for the story, the makers officially ended the show because it is reported that there was a lack of diversity among the two co-creators of Kim’s Convenience.

With all of the above, we have come to an end of Kim’s Convenience Season 4. Hope this article was able to help you with your questions and we could fulfill your expectations. Tell us about your views and thoughts in the comments section below. We would love to hear from you.

Is Blood of Zeus Season 2 Happening?