Kimetsu No Yaiba Season 2: Is Official Release Date Out or Not?

Tanjirou, Nezuko, and their friends are returning for a new season of the legendary anime. Demon Slayer, the blockbuster shonen anime series, will return for a second season this year. Following the runaway success of its first season in 2019 and the 2020 feature film Demon Slayer. Kimetsu no Yaiba the Movie: Mugen Train.

Based on the immensely famous manga of the same name by Koyoharu Gotouge. Demon Slayer was converted into an anime series with a 26-episode first season broadcast in 2019. Its plot, about a young boy’s struggle to save his sister. Amid a violent conflict between humans and demons. It was expanded into a feature film in 2020’s Mugen Train. 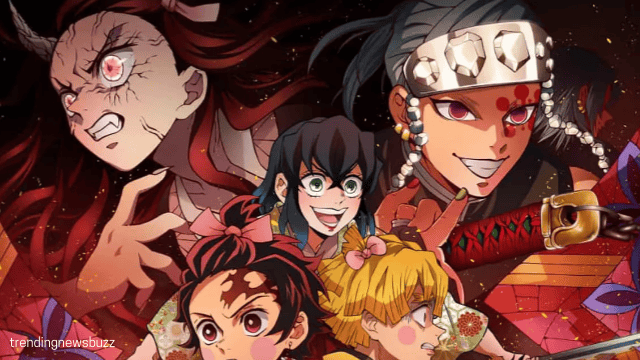 To say the picture was a success would be an understatement. It became Japan’s highest-grossing film of all time, surpassing Spirited Away and Titanic. It was also the second anime film to reach No. 1 at the US box office. And according to box office tracking site The Numbers, it was the No. 1 movie from 2020 globally. The first non-Hollywood picture to ever reign over the global box office. It was even chosen as Japan’s Best Animated Feature Film entry at the 93rd Academy Awards.

There’s no denying that fans are eagerly awaiting the second season. It is due to premiere later this year. Here’s all we know so far about Demon Slayer’s forthcoming season.

What Exactly Is Demon Slayer About?

The narrative of Demon Slayer, set in Taisho-era Japan, recounts the epic saga of Tanjirou Kamado. This kind-hearted youngster returns home one day to discover his whole family killed by invading demons. Worse, he finds that his sister, Nezuko, has been transformed into a violent demon herself. He swears to avenge her by becoming a top-tier demon slayer. Further discovering a means to return her to human form.

Read also: The Society Season 2: Will It Ever Going to Happen?

Tanjirou qualifies to join the Demon Slayer Corps after bone-breaking training by retired elite demon slayer Sakonji Urokodaki. He meets fellow demon slayers who become his companions. The cowardly yet secretly skilled Zenitsu Agatsuma. And the fiery Inosuke Hashibira, a short-tempered boy raised by a family of boars.

Soon after, Tanjirou learns the actual name of his opponent. The mastermind behind his parents’ heinous murder. Muzan Kibutsuji, the first Demon King and the progenitor of all demons. As Tanjirou becomes more acquainted with the Demon Slayer Corps. He learns of the Hashira, the Corps’ most elite demon slayers. As well as the existence of the Twelve Kizuki (blood moons), an organization of Muzan’s most powerful demons.

Tanjirou is followed on his voyage by Nezuko. Who appears to be able to control her demonic urges for human flesh and blood. And is even passionately protective of her brother and other humans. Tanjirou’s love for his sister causes him to clash with certain Hashira. His members who refuse to accept a demon ally as Nezuko could exist. Season 1 of Demon Slayer aired from April through September of 2019.

What Will the Kimetsu No Yaiba Season 2 Be Like?

The anime’s second season, titled the Entertainment District Arc, is planned to follow up. This is where Mugen Train left off. And adapt the relevant stories of the Demon Slayer manga. Tengen Uzui, the Hashira with extraordinary skills. In order to command sound and a significant figure in a crucial image given by the program. It will be a driving force in Yuukaku-narrative. hen’s 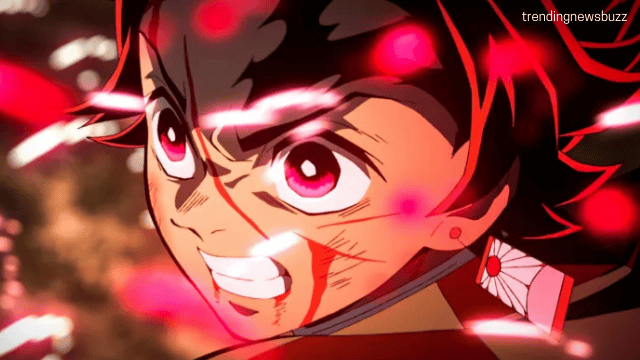 In the season’s narrative, the main characters head to Yoshiwara. Japan’s renowned red-light district. With the senior demon slayer to track down a demon that has been terrorizing the region. Along the way, the second season promises to dig further into the complex world of the Hashira. With significant changes for Tanjirou and Nezuko.

Fuji TV, Demon Slayer’s Japanese broadcast home, has replied to worries that. The show’s placement in a red-light district may interfere with kimetsu no yaiba season 2’s transmission. According to Anime News Network, Yuriko Nakamura. The station’s programming department manager. He stated that the series will go through the regular standards-and-practices assessment in September. Still, Fuji TV intends to run the series ‘without alterations.’

When Will Kimetsu No Yaiba Season 2 Be Released?

On December 5, Demon Slayer’s Entertainment District arc will launch with an hour-long episode. According to Anime News Network, kimetsu no yaiba season 2 will run over two three-month intervals. It is known as cours, on Fuji TV throughout the autumn and winter. One episode will air every Sunday at 11.15 p.m. (Japan time).

Before the arrival of the Demon Slayer’s Entertainment District arc. The anime will air a seven-episode arc consisting of the Mugen Train movie recut with new sequences. According to Polygon, there will also be an entirely new episode set before the events of Mugen Train. This arc will premiere on October 10.

The show’s official Twitter account first revealed a 2021 launch date. For the Entertainment District Arc in February. Replete with a significant graphic that prominently displays Uzui. Foreshadowing his leading position in the second season’s plot.

Aniplex released a brand-new key graphic for the series’ second season on July 13. The new poster, titled’ slashing and advancing into the demon-riddled darkness. It portrays Sound Hashira Tengen Uzui and Daki, one of the arc’s primary heroes. Aside from the two. The video contains the show’s whole cast, including Tanjirou, Nezuko, Zenitsu, and Inosuke.

Is There a Trailer for Kimetsu No Yaiba Season 2?

There is, indeed. On February 14, the official teaser for kimetsu no yaiba season 2 was released. Along with an official announcement in Kimetsu-Sai Online: Anime 2nd Anniversary Festival. This unique online event broadcasts on Japanese streaming service Abema TV.

Aniplex USA published the official trailer for the Entertainment District Arc with English subtitles on July 5. The shamisen-soundtracked trailer, which contains clips of Zenitsu. And Tanjirou training for fight among Yoshiwara’s famed geishas, is narrated by Uzui.

How Can I Watch Kimetsu No Yaiba Season 2?

Kimetsu no yaiba season 2 will air on 30 domestic television channels in Japan. Up from roughly 20 in season 1. These stations include significant networks such as Fuji TV and Tokyo MX. This channel lineup will span nearly the whole island, a first for Aniplex. With previous works from the prolific anime makers only logging up to a maximum of 21 channels. The news was made on July 13 in a special announcement named ‘Kimetsu TV News Announcement Special.’ 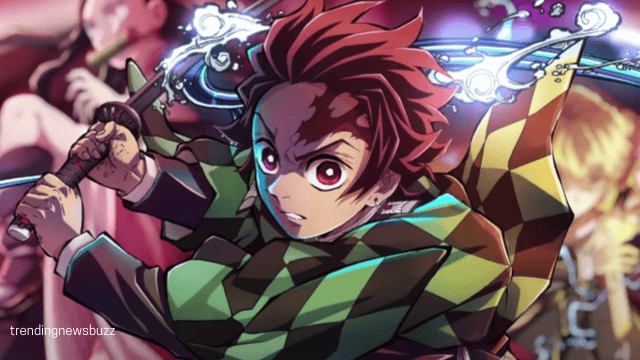 The business revealed on July 21 that kimetsu no yaiba season 2 would be simulcast on Funimation. This is done for the regions of the United Kingdom, Ireland, the United States, Canada, Australia, and New Zealand. Beginning October 10, Funimation, Hulu, and Crunchyroll will also show the seven-episode Mugen Train arc. It precedes the Entertainment District storyline.

Season 1 was simulcast on Hulu, Crunchyroll, and Funimation after Aniplex of America licensed it in April 2019. Several additional streaming sites licensed the program for viewers in the rest of the globe. When the anime series debuted on Netflix in January 2020. It reached an even bigger worldwide audience.

Who Will Appear in Kimetsu No Yaiba Season 2?

The first season’s leading voice actors have announced that they will resume their roles in the sequel. Natsuki Hanae as Tanjirou, Hiro Shimono as Zenitsu. And Yoshitsugu Matsuoka as the fiery Inosuke are among the series’ demon slayer characters. Tengen Uzui. The arc’s main Hashira, will be voiced by Katsuyuki Konishi, well known for his work on Fairy Tail and Jojo’s Bizarre Adventure. Haruo Sotozaki will return as director as well.

Ufotable, an animation company, will also work on the second season of Demon Slayer. The studio, which was previously known for the Fate series. It was in charge of the show’s impeccably animated fight sequences. It earned acclaim and social media buzz. The climactic battle in the show’s notable 19th episode. For example, became a trending topic on social media during Demon Slayer’s initial run.

The musician who will be performing the themes for kimetsu no yaiba season 2 has also been announced. According to Billboard Japan, Aimer will record the fast-paced ‘Zankyosanka’ for the opening. And ‘Asa ga kuru’ (written and produced by songwriter Yuki Kajiura) for the conclusion.

How Popular Was the First Season of Demon Slayer and the Mugen Train Film?

Demon Slayer has exploded in popularity with the 2019 launch of its anime version. Further becoming a cultural phenomenon not only in Japan but across the world. Weekly, Shonen Jump publishes manga, and series from this publisher. He has always been well-received both in Japan and overseas (for instance, beloved classics such as Naruto and Bleach). The triumph of Demon Slayer – and its widespread crossover appeal – has been nothing short of remarkable.

On July 13, Aniplex also released a new trailer for the arc, giving a better look at Daki. The opponent Tanjirou and the other demon slayers will encounter in the Entertainment District. “You took a good look! Sleep falls here during the day. Yet its light glows like this at night. Isn’t that a location where demons are hunted?” The video is narrated in Japanese by Uzui.