Kim Kardashian and Kanye West were spotted landing in Miami on Monday. And this came after the couple went for a vacation with their children.

Their troubled relationship has been in the spotlight for quiet a long time now. Amidst all these Kim and Kanye decided to give their marriage a chance. And hence went on a vacation with their kids.

Hence they went for a seven day long trip to the Dominican Republic accompanied by their children. And this vacation was probably the last chance for Kim and Kanye to work on their issues.

It was basically a ‘make or break’ trip for them.

Although we don’t know whether this vacation was of any help to the couple. But it is obvious that Kim and Kanye were looking quite happy and relaxed as they stepped out of their Jet in Miami.

Hence it seems like they have really tried to reconcile and mend their broken ties although an official confirmation is awaited.

Exiting the Jet Kim was seen carrying their youngest daughter and was spotting a skin colored dress. And Kanye  was seen in a white hoodie as he was looking healthier and happier than before.

Therefore we can somehow assume that this vacation turned out to be a savior for their drowning marriage.

The couple has been married for six years and are blessed with four children together. And Kim Kardashian and Kanye West were leading a blissful married life.

But things began changing when Kanye announced that he will be running for Presidential elections. Post that she started behaving weird.  As he began publicizing his personal life with Kim.

Moreover he had also posted bizarre statements on Twitter like wanting to divorce Kim. And has also accused her of infidelity. So it was really natural for Kim to be upset and furious. Thus bringing their marriage to the rocks.

But as Kanye had apologized for his behavior Kim decided to give it another chance. Hence they went for a family vacation to the Caribbean in order to talk everything out.

We just hope that the couple has resolved their issues!

Also read: Mindhunter Season 3: Will The Crime Drama Be Renewed For Another Season? Updates On The Netflix Series 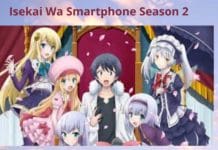 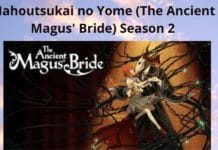 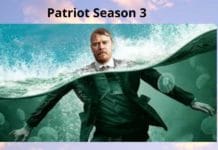