Kim Kardashian looked tense as she was seen for the first time since word husband Kanye West may be ‘in the middle of a serious bipolar episode.’

She was utterly emotional while talking to friend Malika Haaq at a Malibu beach house on Wednesday.

Her sighting comes after a serious of controversial moves from Kanye.

Her husband  recently announced his decision to run for president before then taking part in a controversial Forbes nterview published Wednesday.

She looked like she was surrounded by a production crew.

And this pretty much hinted at a possible content for a future episode of Keeping Up The Kardashians.

Malika looked ready for her time in the spotlight, donning a Fendi swimsuit.

Kim and family are reportedly ‘very concerned’ about Kanye, who appears to be ‘in the middle of a serious bipolar episode.’

The rapper, 43, is said to have sparked concern after announcing his decision.

What decision, you ask? Well, to run for president via Twitter at the weekend and taking part in a controversial Forbes interview.

In the piece, Kanye slammed Planned Parenthood as an organization run by ‘white supremacists to do the Devil’s work’, drawing widespread criticism online.

I mean, I think I’d have been very critical fo this statement as well. No? *shrugs*

It is apparently claimed that this father-of-four suffers from a serious episode around once a year.

If anything, this results in his decision-making being impacted.

Kanye said: ‘I can just tell you what I’m feeling at the time. I feel a heightened connection with the universe when I’m ramping up.

‘It’s a health issue, this is a sprained brain, like a sprained ankle. When someone has a sprained ankle, you’re not going to push on him more. With us, once our brain gets to a point of spraining, people do everything to make it worse.’

And I think he’s somewhere right. Maybe we should just leave him alone along with his superior understanding of the law? 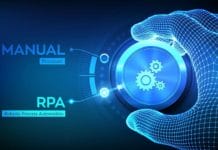