It is already out there through a tweet from Kanye West about his plan to run for US president. But the rapper didn’t tell any other details on the news in the tweet. After all, now he gave an interview to Forbes in which he seems serious about this whole thing. Besides, he is also bringing his plans for the person who will be his running mate.

The interview was filled with lots of information. In that, he revealed that he is looking forward to Michelle Tidball to join the campaign. She will be his running mate and the potential vice president. However, there are questions about who is Michelle. And the answer is that she is a self-professed biblical life coach based on Cody, Wyoming. The 57-year-old women also run a nonprofit organization named Abundant Ministries.

More About Michelle And The Party Which Kanye Represents 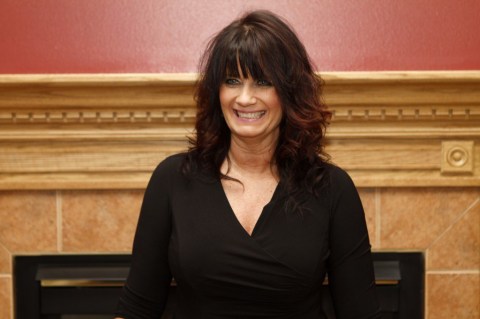 In her bio on the website, which is currently undergoing construction, Michelle says she has ‘various degrees in mental health and criminal justice’. Besides, she worked as a mental health therapist before this. And it was about 10 years before entering into the world of life coaching. Moreover, Michelle also served as executive director of an organization named Bright Mentoring Program. It was also a nonprofit organization that helped mentor students in Cody.

However, what about the party that Kanye West represents in the election? Politics is serious especially in the current period through which the country is going. Even though he selected a fun name for the party and the name is Birthday Party. There it is, Democratic, Republican, and another one called Birthday Party. Kanye even says a funny explanation for the name that “Because when we win, it’s everybody’s birthday”.

Also, Read  Meghan McCain Blasts “I Don’t Vote Republicans Into Office For Them To Be Silent”