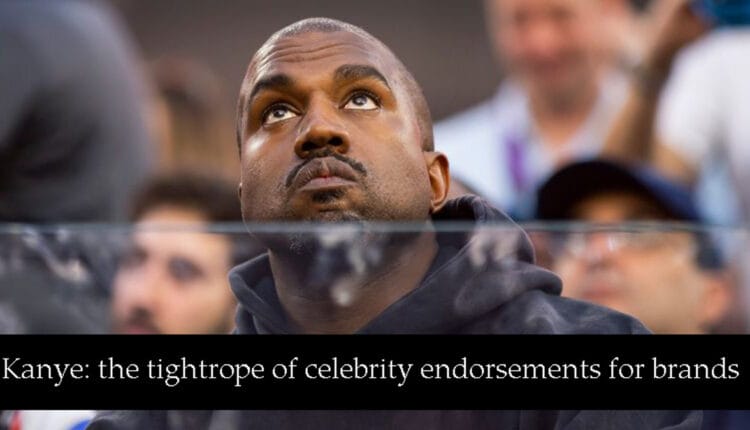 It takes a single tweet to bring down everything. Whether it is about your reputation, overconfidence, or possessions, Twitter has seen the downfall of many people just because of tweeting their thoughts. Impatience and rage come with a great price and this is something that brings Kanye West to lose his ties with Adidas.

Kanye West, a popular rap artist who is known for his amazing songs and albums in the pop industry has recently gone viral over the news.

Well, it’s not the first time the artist has been in the news. Kanye West has been running around the news channel for a while now. Whether it is about his relationship with his ex-wife Kim Kardashian or his controversial remark about white people.

In 2013, Adidas signed a deal with Kanye West, who is then working with Nike and endorsing their sales. Adidas started to work with Kanye West and proposed their collection, Yeezy- a brand that is handled and created by Kanye himself.

The success of Yezzy was a phenomenon. Fans were already hyped with the world and they were all over the news. Every new collection gets sold out and Adidas was loving whatever the endorsement brought to them. The relationship between Kanye West and Adidas became super close as they started to work more closely with their products. Soon, Yezzy was among the top brands that got loved by everyone.

It was Kanye who brought the whole idea and there was no wonder how things were becoming lucrative for both of them. Seeing all these crazy sales, Adidas proposed their endorsement and made more close ties with the artist.

Adidas’ big take on Kanye brings down a major setback for the marketing and endorsement agency, These companies are working with hearts, who are majorly responsible for the humongous sales of their products and bringing huge profits for their annual sale. It becomes so easy for these companies to break their toes over time.

This gives an idea of the huge hole that is in the market. The brand’s strategy and brand endorsement are getting questioned yet again by the people. It is a concerning matter for the artists who are working hard with their companies making huge profits.

Many celebrities are working with big and powerful brands. It has been seen that the influence of these celebrities is responsible for their overwhelming popularity. After Kanye, who changed his name to Ye, drifted apart from Adidas, other brands like Gap have also removed him from their company.

Along with this, social media has played a big role in the marketing of these brands. Celebrities have started working on multiple brands through influencing, promoting, brand dealing, and whatnot.

However, before the Kanye West case, there was Lillie Langtry, who allowed pears to take her name in 1880.

All these things didn’t go along and she faced a lot of downfall after her remark. Just like what happened to Kanye West. While many celebrities own people and assistants who use their voices on behalf of these celebrities but it looks like Ye has certain plans for his thoughts

Adidas responded to the situation by saying “The best thing to do if you have an endorser who misbehaves is to cut ties quickly,” Hock said. “If you drag your feet it creates a downward spiral.”