The sequel of the blockbuster movie Jurassic World franchise resumed the production past week. However, it was also halted during the starting point of the pandemic. It was in March along with all other productions in the industry. Besides, there were two workers in the production found COVID-19 positive after the shoot started again. Although this time the production team is not ready to halt the whole production once again. There were reports that the production again got stopped.

Universal Pictures denied the reports and said that there is no current cancelation of the shoot. Instead, the shoot will continue alongside all the precautions. Moreover, any of the main artists has not tested positive in the tests. That gives a positive vibe to the whole team. Universal Studios says any reports that Dominion halted the shoot is untrue.

The cast of the Jurassic World is filled with big stars. It includes Sam Niel, Laura Dern, Bryce Dallas Howard, Jeff Goldblum, and Chris Pratt. None of them are tested positive in the test. Although more than one worker is infected. But the production team is all set to prevent the spread with more tests.

Also, Read  Samsung Will Continue To Build Smartphones With Its OLED Displays Instead Of BOE OLED Panels 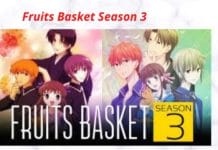