Anyone who’s familiar with John Wick knows two things: he’s an unstoppable killing machine and that he loves his dog more than anything. Following the loss of his wife who leaves him with a pup to cope with loss, Wick ultimately loses the dog to the witless antics of Alfie Allen’s Iosef Tarasov. The death of his beloved companion takes him down a path where he re-enters the world of assassins. It’s certainly the tipping point for Wick and is also the crux of the entire series. So, it’s very much understandable that directors Chad Stahelski and David Leitch fought to keep the scene in the movie.

The studio was more intent on skipping right to the assassin coming out of his retirement bit. So, the studio outright suggested that the killing the dog bit be removed from the film. “I think that they kinda wanted to do it right, but there were these elements where Lionsgate straight-up said, ‘Let’s not do the dog bit. Can we just focus on the film as an assassin coming out of retirement?’ That kind of thing.”

The Test Screening Of John Wick Changed It All

Wick’s bond with his dog is a surprisingly tender moment in a movie about assassins out to murder each other. It’s perhaps the most crucial aspect of his character development. Turns out that Stahelski and Leitch had other disagreements with the studio too, which they wound up winning.

Things didn’t change until the film’s first test screening. As it were, there was a lot of pushback and apprehension from the studio over the scene and it didn’t sort itself until they had seen the reactions. “We were watching the audience. As soon as the dog died, and seeing their reaction and then seeing the siege in house, we were like, yep, we were right,” 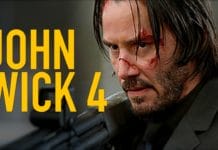