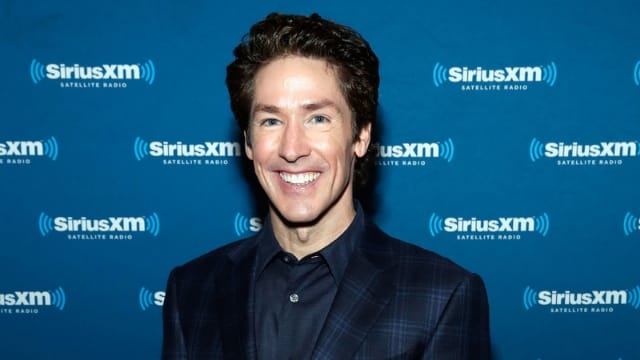 Joel Osteen is most known for being the pastor of Houston’s Lakewood Church. Due to his personal wealth and broad endorsement of the “prosperity gospel,” he has become a rather divisive figure. His messages have been chastised for being overly focused on personal development and growth. His mega-church in Houston is a 600,000-square-foot former sports stadium with a seating capacity of 17,000 people.

Since 2005, Joel has not taken a salary from his church. Book advances, book royalties, calendars, speaking fees, and other goods provide him with money and fortune.

Joel Scott Osteen was born in Houston, Texas, on March 5, 1963. John Osteen and Dolores Pilgrim had six children together. Joel Osteen has a half-brother from his father’s previous marriage, who grew up with the family. Joel graduated from Humble High School in 1981 and moved on to Oral Roberts University in Tulsa, Oklahoma to study radio and television communications. Osteen did not complete his education.

Joel’s father, a Southern Baptist minister, left him the Lakewood Church and its television ministry. For 17 years, he developed Lakewood’s television program and produced his father’s televised sermons.

His father, John, died of a heart attack in January 1999. Joel took over John’s job as a pastor and televangelist two weeks after his father died, despite having no official religious training. Lakewood purchased the Compaq Center, the former home of the NBA Houston Rockets basketball franchise, in 2003. The project took 15 months and cost more than $105 million. 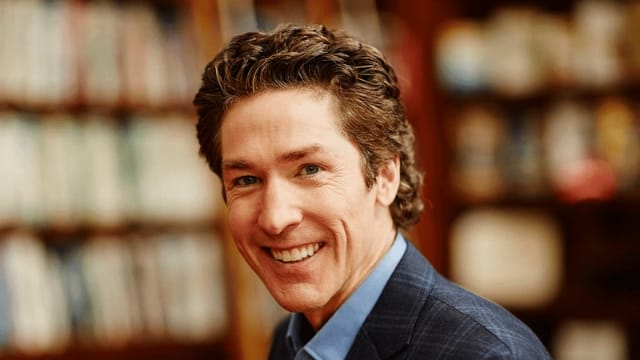 The grand opening was attended by 56,000 people, including notable dignitaries such as Texas Governor Rick Perry and House Speaker Nancy Pelosi. Osteen was named one of Barbara Walters’ 10 Most Fascinating People in 2006. The church’s weekly service TV feed was viewed in over 100 countries by 2008. In 2010, Joel and his family were invited to President Barack Obama’s Easter brunch at the White House.

The Lakewood Church broadcast has grown rapidly since then and can now be seen in over 100 countries. Joel has taken his church and television ministry all across the world. Every week, the church hosts around 50,000 parishioners.

The average number of people who watch Osteen’s weekly TV sermons is 7 million per week and 20 million per month. Despite the fact that he has no formal education, his father helped him polish his preaching talents. Osteen prepares his sermons by memorizing them and then listening to himself on tape. Osteen has stated that he strives to teach Biblical ideas in a direct and basic manner, emphasizing the need for love and a happy mindset.

More: Keeping in Touch With Friends and Family While Traveling

Joel published his first book, “Your Best Life Now,” in 2004. It debuted at the top of the New York Times Best Seller list and stayed there for 200 weeks, despite being marketed as a positive-thinking book. Joel has been able to take his “live at your full potential” message on the road to sold-out sports arenas all over the world thanks to the popularity of this book and his sermons. “Become A Better You,” his second book, was published in 2005 and sold 4 million copies, earning the pastor more than $13 million in advances and royalties. Osteen went on a 15-city U.S. tour in 2005 to promote his book, preaching to enormous crowds in each city. Osteen was reportedly described by John McCain as his favorite inspirational figure. Throughout his career, Joel Osteen has written 15 books.

On April 4, 1987, Osteen married Victoria IIoff, a co-pastor at Lakewood Church. The couple is the parents of two children. Osteen’s older siblings and younger sister are full-time ministers as well.

Osteen normally avoids preaching on controversial and political subjects such as gay marriage and abortion, but he has remarked that the church can often get unduly focused on one issue to the exclusion of others. He has declared that homophobia is not acceptable. In addition, Osteen has voiced his support for Israel. In 2011, the band The American Dollar sued Osteen and Lakewood Church for copyright infringement. Osteen was found not guilty by a judge.

Osteen came under fire in August 2017 for not making Lakewood Church available as an emergency shelter in the aftermath of Hurricane Harvey. The 606,000-square-foot structure was formerly a basketball arena. The church initially said that the structure was unusable owing to significant flooding, but Osteen refuted this claim, claiming that the church had never shuttered. 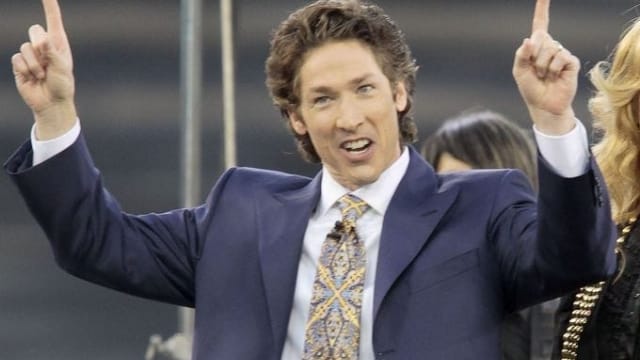 On the night of August 28th, Lakewood announced that they will be open for victims and emergency personnel at noon the next day. Houston Mayor Sylvester Turner declared a day in celebration of Osteen and Lakewood Church’s contributions to the city’s reconstruction efforts a year later. According to the mayor, Lakewood Church assisted over 1,150 Houston families, donated $1.1 million in rebuilding materials, and mobilized 2,500 volunteers from their flock.

Salary and Net Worth

The entire revenue generated by Joel Osteen’s book sales, radio show, public speaking fees, and church collection is said to be more than $70 million per year. When asked about his high income, Joel says that having a lot of material wealth should not make one feel guilty. Instead, he argues that one should simply thank and honor God for the money they have accumulated. He claims not to be paid by the church.

Detractors on social media like to point out that Joel, Victoria, and their children reside in a 17,000-square-foot estate in the Houston suburbs. The mansion was reportedly purchased for $10.5 million by the Osteens in 2010. The house is worth between $14 and $16 million, according to Zillow.

They still hold a former Houston mansion, estimated to be worth $3 million.

How much money does Joel Osteen make?

Joel Osteen is a $100 million-plus preacher, televangelist, and author from the United States.