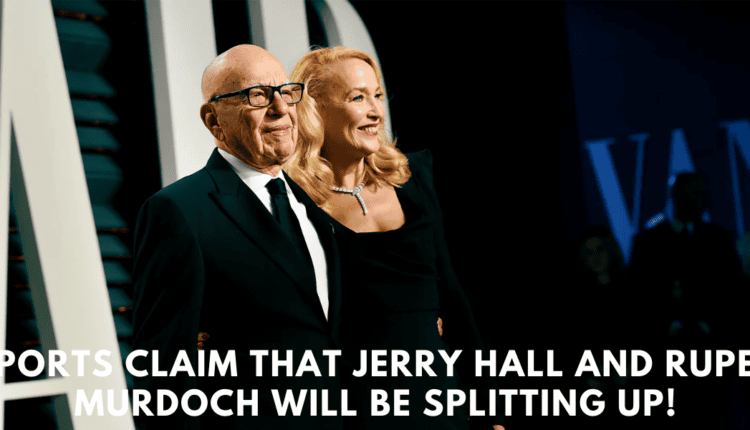 Reports Claim That Jerry Hall and Rupert Murdoch Will Be Splitting Up!

Jagger was said to be seething’ after Hall’s 2016 marriage to 85-year-old Australian media billionaire stunned many.

Mick Jagger, the longtime boyfriend of the former supermodel Jerry Hall, is likely one of the people who are delighted that media mogul Rupert Murdoch is divorcing Jerry Hall.

According to the Daily Mail, the singer for the Rolling Stones was allegedly left “seething” when it was revealed that Murdoch, who was 85 at the time, and Hall, who was 59 at the time, stunned many by getting romantically connected and then married in 2016.

It is unclear whether Jagger had an issue with Murdoch’s politics, as the Australian billionaire controls media outlets that lean to the right, such as Fox News and the British Sun tabloid; however, The Daily Mail reported that Jagger did not like the idea of Murdoch becoming part of his extended family.

During the 22 years that Jagger and Hall were married, they welcomed four children into the world. Those children, who are now all adults, were invited to attend the wedding of Hall and Murdoch, and it was believed that they would have a connection with the media tycoon because of their mother. 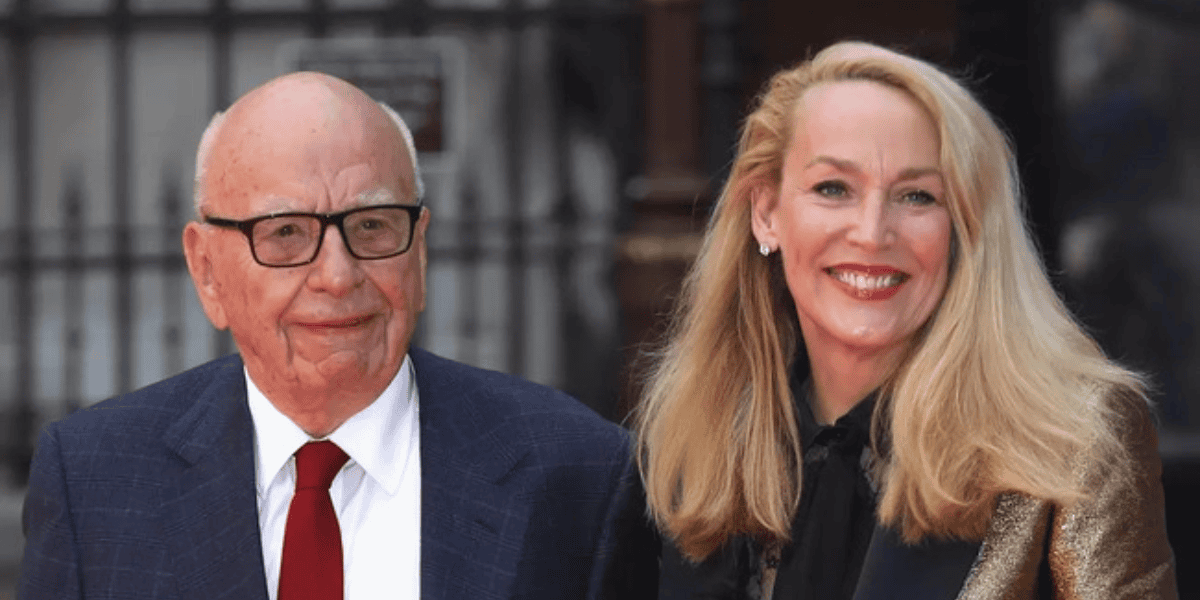 It was reported on Wednesday by the New York Times that Murdoch, who is 91 years old, and Hall, who is 65 years old, were getting a divorce after being married for six years.

The story from the New York Times did not include any explanations for the split. The report does not specify if either party had already submitted divorce paperwork at the time of its writing. After being approached by the New York Times, representatives for both Murdoch and Hall declined to comment on the situation.

This is Murdoch’s fourth marriage, but it was also his shortest one, and it ended with their divorce. Hall and Jagger never really were married, but after they split up in 1999, she petitioned the court for a divorce, claiming that a ceremony they performed in Bali in 1990 met the requirements to be considered a lawful marriage.

According to the BBC, a court in the United Kingdom declared that their marriage was not recognised under the law in either England or Indonesia. This decision was reported by the BBC.

According to the Washington Post, Hall and Murdoch’s wedding in 2016 took place in a mansion that dated back hundreds of years and was located in the heart of London. The couple’s backgrounds couldn’t have been more different from one another. The marriage that took place between October and December between Hall and Murdoch also attracted an excessive amount of press attention.

When Murdoch wed Hall, he proclaimed that the union had made him “the luckiest and happiest man in the world.” Hall was also quite happy with the union. According to the New York Times, the hard-driving businessman decided to happily devote more time to his new wife, leaving room for his four oldest children to assert themselves at the top of his empire’s hierarchy.

At a New York City event, the Daily Mail reported not long after the wedding that “the pair couldn’t keep the smiles off their faces.” This occurred shortly after the wedding. According to the New York Times, at the celebration for Murdoch’s 90th birthday, which took place at the posh restaurant Tavern on the Green in Central Park, Hall appeared to lavish attention on her husband. 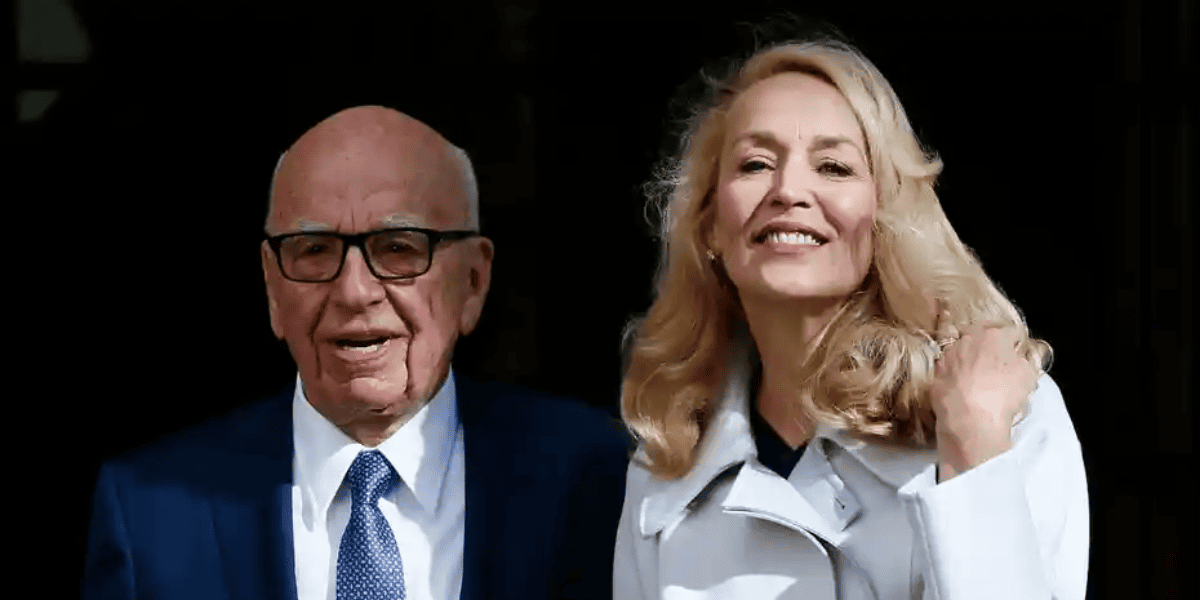 Even if Jagger disapproved of Hall’s decision to marry Murdoch, the rock star probably shouldn’t have said anything about it because he had already subjected her to an endless stream of his sexual encounters while they were together. After she found out that he had been having an affair with Brazilian model Luciana Gimenez, which resulted in the birth of Jagger’s seventh child the same year, they ultimately parted ways.

In an interview that took place in 2005 with the Evening Standard, Hall, who was born in Texas, discussed Jagger’s pattern of repeated infidelity and how she continued forgiving him despite the fact that it “wasn’t really healthy at all.”

She also said that she “still loved” Jagger, despite the fact that their relationship had been so “unhealthy,” which was the primary cause of her “so much depression” and “unhappiness” as a result of it.

The American model and actress Jerry Hall has a career that has earned her a net worth of $20 million. During the 1970s, Jerry Hall was widely regarded as one of the most successful models in the world.

While she was lounging in Saint Tropez soaking in the sun, a fashion representative came upon her. She had blonde hair and was six feet tall, which helped her become one of the most prominent models of her day.

In the early 1970s, she earned as much as $1,000 per day for her work as a model. Her first role as an actress was in the 1980 romantic comedy “Urban Cowboy,” in which she played a supporting character.

Since that time, Hall has made a significant number of theatre appearances, playing in versions of works including “The Graduate,” “High Society,” and “Love Letters.”

It is likely that Jerry is most recognised for the love relationships she has had. She started a relationship with Mick Jagger after she had previously been engaged to Bryan Ferry in the middle of the 1970s, but they later broke up.

He would ultimately divorce his first wife in order to be with her, and they would go on to have four children together before divorcing in 1999. Mick said in the settlement for their divorce that the couple’s marriage was never legally recognised since the ceremony that they had was not formal.

In the end, Jerry was only able to settle for $10 million after initially asking for half of his then-current net worth of $300 million.

2015 marked the beginning of her relationship with the multibillionaire Rupert Murdoch. In 2016, they tied the knot.

Léa Seydoux Dune Part 2: Léa Seydoux Will Star as Lady Margot in the Upcoming Sequel to the Legendary Dune Series!