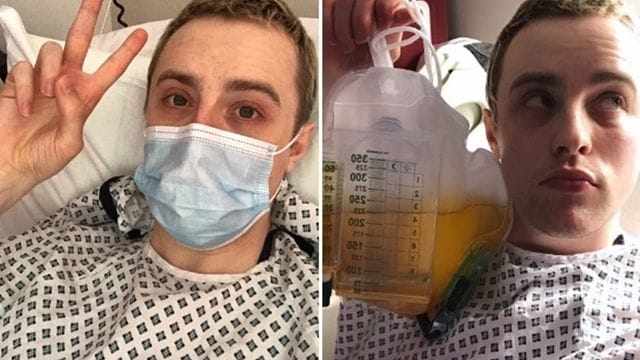 Edward Grimes one of Irish twin music duo Jedward was went into hospital. He has rushed as he suffered from life threatening appendicitis and underwent emergency surgery. He is 29 years old singer who has received fame with his twin brother John on the X factor in 2009. One half of Jedward twin was rushed to hospital for emergency surgery to remove his appendix but is recovering safely.

Jedward Twin has went on for emergency surgery last night and sent some messages on twitter. His posts are really heartfelt.

Posting a message on Twitter, Planet Jedward fans might have been shocked with the image of Edward in hospital scrubs and face mask.

“Just had immediate surgery to remove my appendix it was a Life threatening and scary situation but I’m grateful the emergency team have operated on me and stopped the agony. 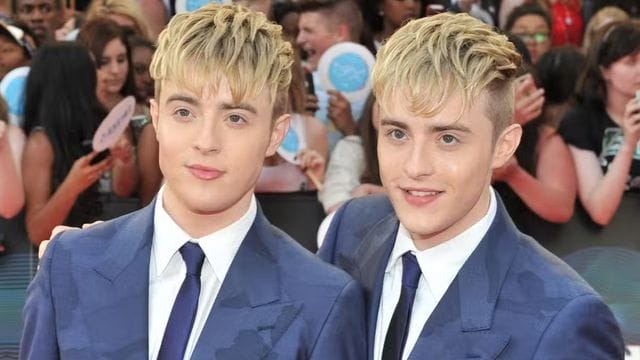 “I’m healing and on the road to recovery!”

In the second post he just thanked his fans for their numerous caring messages and he also encouraged then to take their health seriously.

“I’m urging everyone to please take severe pain in the abdominal area serious. As I’ve never experienced excruciating pain like this and knew something wasn’t right.

“Blood tests and CT scans indicated I needed surgery. I’m grateful it was caught in time just knowing the feeling that your body. And appendix can led to you poisoning yourself is insane. Don’t brush off key signs from your body as health is everything.”

He Then Went on to Complain That-

“Like of all times of the year it had to be Eurovision night here alone not watching it with John and my family and dogs is wtf.”

First time Jedward represented Ireland at Eurovision in 2011 with the song Lipstick and made it to the final and returning the following year and sand Waterline.

Referencing that second song, Edward – still in a hospital bed – then told his followers that he was about to get a catheter: “I’m literally close to the waterline. Like you could not write this! I’m about to get a bloody tube up my jeddy.”

“I know this is too much info the struggle of trying to go pee! Something in my body is not connecting. And looks like I’m gonna have to get hooked up to a catheter before I explore!

“Just making the most of a insane situation. Don’t know what to make of this or expect but did not invision this for the night of Eurovision I would be wetting myself but now I’m literally [facepalm emoji]” 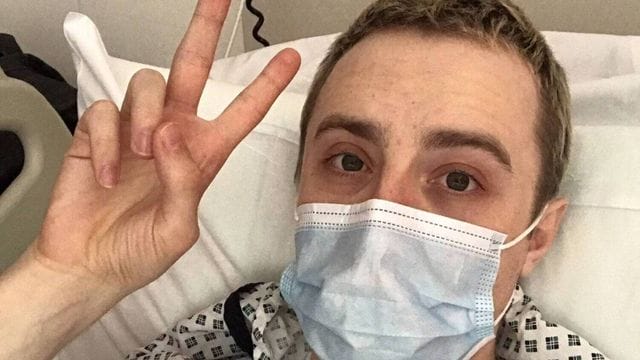 Before taking retirement  from social media for the night. The singer posted one last selfie of his face in pain captioned: “It happened..my jeddy wasn’t ready for this ever!”

Edward then added: “…it happened! I’ve officially done it all! I can’t even! I cannot believe it! the release was something I never knew I would experience like I wasn’t born for this.”

We wish Edward the best in his recovery but would also invite him to keep the details to himself next time!

Now he is really ok and bang his performances with his twin brother check out the look of it in following video. 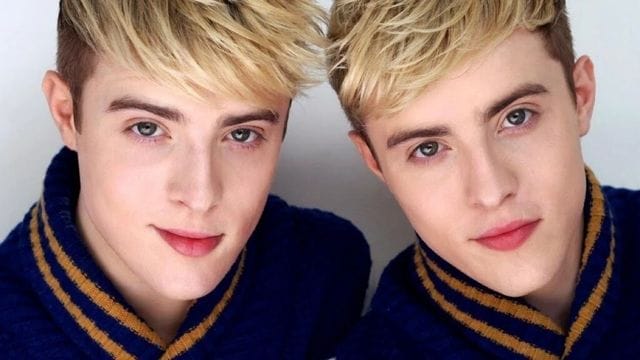 What is the Net Worth of Jedward?

Jedward Net Worth: Jedward is an Irish singing and television presenting duo who has a net worth of $8 million.

Read Also – Anthony Edwards Net Worth: Is He the Highest Paid Actor on ER?

Is Jedward in a Relationship?

Jedward star John Grimes has revealed he broke up with his partner in lockdown. The singer and reality TV star was loved up with someone special. But the couple decided to end their relationship over the winter season. Both John and Edward have confirmed they are now single and looking for love.