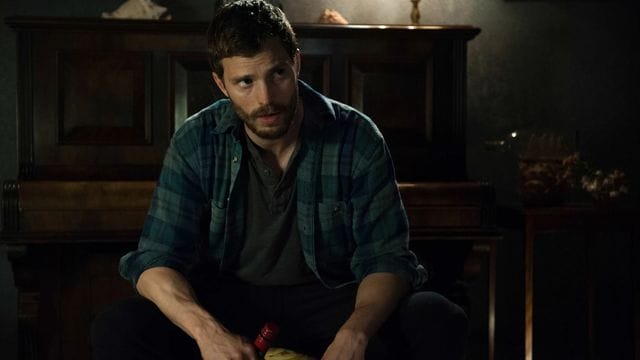 We have a list of some of Jamie Dornan movies and tv shows. As Christian Grey in Fifty Shades of Grey, Jamie Dornan won over many people’s hearts. Dornan has broadened his profession since the days of “Fifty Shades of Grey.” In the highly regarded television series The Fall, he portrayed a mass murderer. He voiced the character Chaz in Trolls World Tour in 2020, and in Barb and Star Go to Vista Del Mar in 2021, he went back to his romantic beginnings by playing the love interest of Kristen Wiig‘s Star.

Since making his movie debut in 2006 with Marie Antoinette, Jamie Dornan has come a long way. For Jamie Dornan fans’ benefit, there are a tonne of episodes and films you can stream or rent that include the Irish actor. Here are some of your greatest Jamie Dornan movie and television options right now. 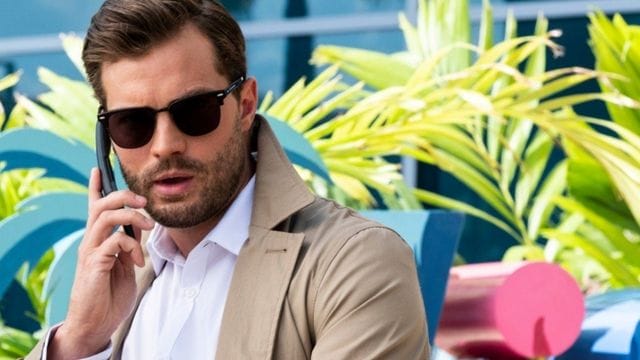 Jamie Dornan plays Edgar, a charming man with whom the two women share a wild night that develops into true love for Star in Barb and Star Go to Vista Del Mar. Edgar is also a key player in the plot to murder everyone within Vista Del Mar; it is the sole reason he is present. When you want to see something silly and funny with bare-chested Dornan, Barb and Star Go to Vista Del Mar is the ideal choice. On your preferred VOD service, you can rent the movie.

The Fall centers on the mass murderer and family guy Paul Spector (Jamie Dornan). Detective Superintendent Stella Gibson, who was trying to track down Paul and put a halt to his killings, was portrayed by Gillian Anderson. The Fall is an intriguing crime thriller that delves into the mind of a mass murderer and the woman who is attempting to catch him.

For both his acting and the show’s dark and intricate screenplay, many people think The Fall is one of Dornan’s best creations. As one of Dornan’s few TV series appearances, the show gave him the chance to fully develop Paul and his deranged character. Three seasons of The Fall were shown, and they are all now all on Tubi and Amazon Prime.

The best-selling fiction of the very same name by E.L. James is the basis for the movie Fifty Shades of Grey. It centers on recent college graduate Anastasia Steele (Dakota Johnson), who starts a fetishistic romance with billionaire Christian Grey (Jamie Dornan). The 2017 sequel, Fifty Shades Darker, follows Ana and Christian’s quest to understand their love and all of its complexities. The final book, Fifty Shades Freed, concludes the story of Ana and Christian. 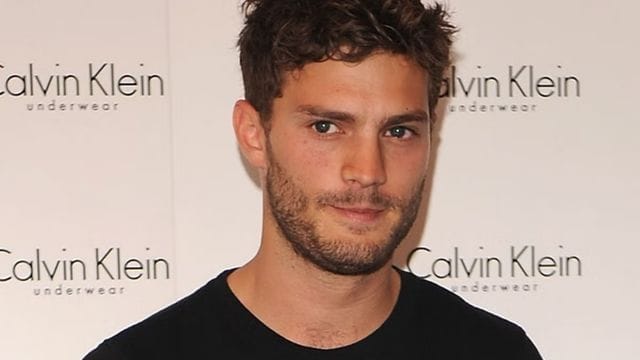 Jamie Dornan and Emily Blunt play Anthony Reilly and Rosemary Muldoon in the movie Wild Mountain Thyme. She is determined to gain Anthony’s love, but he is blind to her. As his dad prepares to sell it to his American relative, Anthony’s property is in jeopardy. Jon Hamm and Christopher Walken are also featured in the cast of Wild Mountain Thyme.

Irish love drama Wild Mountain Thyme has a fable-like air to it due to its whimsical tone and plot lines. You’re going to want to discuss this movie’s unexpected finish. You can presently rent Wild Mountain Thyme from video-on-demand platforms like Amazon and VUDU.

The ABC television program Once Upon a Time lasted from 2011 until 2018. It’s a retelling of various fairy tales, particularly those from Disney’s library. Emma Swan (Jennifer Morrison) is followed by Once Upon a Time as she relocates to Storybrooke, Maine. Henry (Jared S. Gilmore), the son she gave up for adoption, tells Emma that she is the savior and should remove a curse. Each member of this community has lost sight of who they really are. Once upon a time, they were Snow White and Cinderella from fairy tales.

In Once Upon a Time, Jamie Dornan only made a fleeting appearance. He portrayed Sheriff Graham, sometimes known as the Huntsman, from a fairy tale. He was also Emma Swan’s first love interest on the show, and when he leaves Once Upon a Time, she takes over as sheriff. The entire seventh season of Once Upon a Time is available to watch on Disney+.