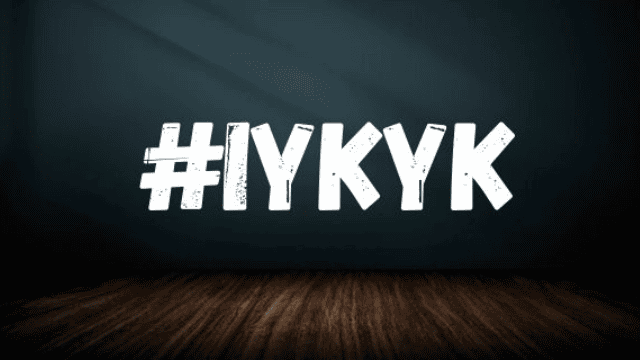 Have you ever opened your social media handle just to witness a flurry of slang abbreviations being spread all over the place? If yes, this is probably something you’ve experienced.

Well, you are not alone. Examples of these slangs can be found all over the internet.

Members of Generation Z use them almost constantly, for example, in almost every conversation or text message they send to their friends!!!

Even if you have a good grasp of the lingo often used on the internet, there is a good chance that you may still come across something that leaves you entirely bewildered. IYKYK is the newest texting acronym to join the ranks of other texting abbreviations like YEET, GFY, and TTYL, which are now regarded as obsolete. 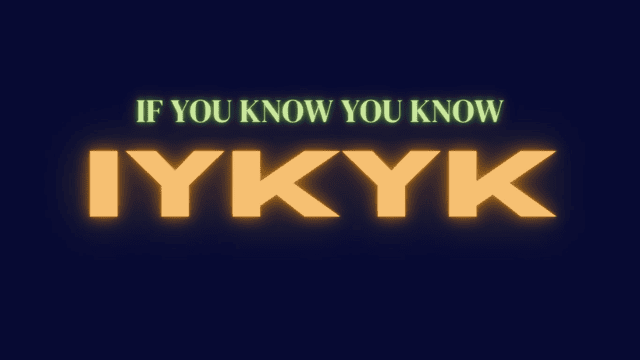 If you know, you know, which can be shortened to IYKYK in conversational use.

Who would have thought that one day a full statement would be abbreviated to a slang-like term that is popular among young people, particularly those who are in high school and college?

IYKYK is a relatively new term that originated as a sort of online slang. This term has found a life of its own in online forums, notably on websites such as Reddit, in the same way that memes are prevalent throughout all forms of social media. When you use this term, you should only do so in circumstances in which you are certain that some people will immediately comprehend what it is that you are implying, while other people will be absolutely clueless about what you are talking about. If you know, you know!!!

If you are familiar with, then you are aware that in the year 2020, it reached the pinnacle of its popularity. Having said that, you should be aware that it was not created in the year that we are currently in.

To use the phrase in its most literal definition, it did not come into use until 2016. Back in those days, the definition of this phrase in Urban Dictionary was something along the lines of “If you were there, you would know, but if you weren’t, you wouldn’t,” or something similar to that. More specifically, the straightforward actions that adolescents do in order to baffle their contemporaries. This slang phrase has been around for a long time, but its meaning has changed a lot over that time. 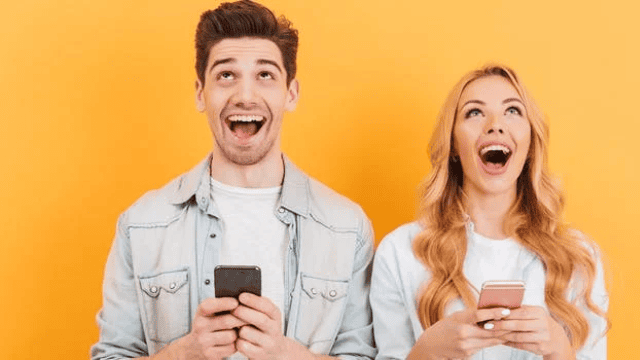 One of the interesting things about it is the fact that you can use this term to stimulate the attention and curiosity of your audience and those who are listening to you talk. This is one of the things that makes it so interesting. The only thing that is required of you is to post an image or quote and caption it with the phrase “I know, right?” We promise that every single person who watches your video will get confused and send you a direct message asking what’s going on and for more information.

How To Use It

This internet jargon is understood in the same manner across all social media platforms, including Twitter, Instagram, and Snapchat, among others. When people use the word “IYKYK,” they are usually making a reference to a meme, a show, or even a situation that occurred in their own lives. You might even use it to make a reference to an inside joke that would only be understood by your very best friends. 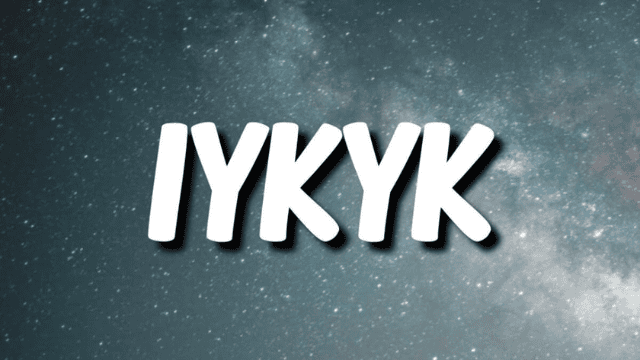 You can also use IYKYK to make all of your friends laugh out loud by using memes and jokes. This is another way that you may use IYKYK. Here are some examples of when you might want to use the abbreviation IYKYK in a daily caption, as well as some situations where you might want to.

Oh, the weekend that has just ended was jam-packed with priceless moments and adventures that are deserving of being kept in one’s heart and mind forever.

When the final episode of the season turns out to be stranger than anyone could have possibly expected it to be, # iykyk.

I have come to the conclusion that I cannot proceed in this manner. IYKYK

I hate to be the one to break the news, but IYKYK is the latest meme to bite the dust.