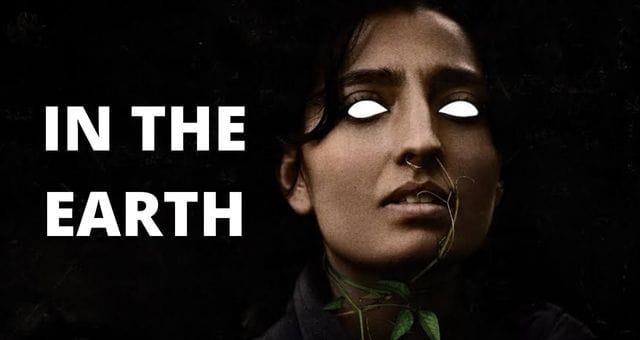 The suspense film, titled “In the Earth,” conducts it with the flair of something like a larger production. It also is primarily set in dismal fairy-tale woods where scientists are tormented by elements of both human and the supernatural.

The COVID-19 epidemic is shown in Ben Wheatley’s film In the Earth in a far more ominous light. The horror movie, which has been shot over 15 days throughout August 2020, takes an in-depth look at the implications of loneliness, misunderstandings, as well as paranoid delusions, which, regrettably, have come to characterize our new normal.

After receiving favorable praise from critics, In the Earth also attracted more interest from those who enjoy the developing genre of outbreak terror. Here are all the details you really ought to discover more about the film In the Earth.

What Was the Release Date of the Movie ‘In the Earth’? 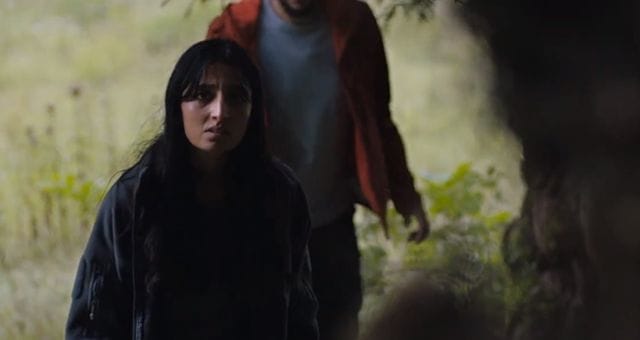 Ben Wheatley revealed in September 2020 the fact that he spent 15 days throughout August writing and directing a horror movie. The movie premiered on January 29, 2021, at the Sundance Film Festival, and then on April 16, 2021, it hit theatres. Around May 7, 2021, streaming on demand for it was made available.

What is the Storyline of the Thriller Movie? 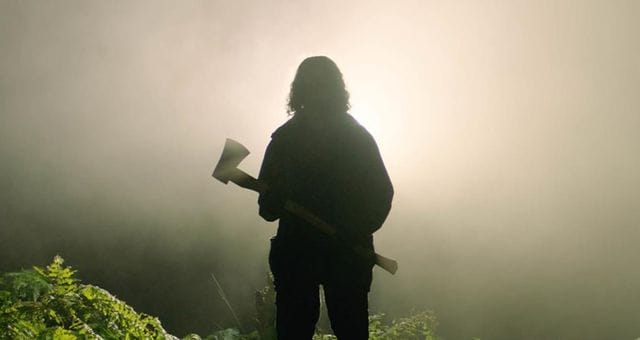 Scientist Martin Lowery has been assigned to a government-run outpost while an unidentified disease has wreaked havoc on the nation.

The outpost is positioned in an extremely rich forested location near Bristol for help with the investigations and trials of his work colleague as well as old girlfriend Olivia Wendle concerning exploiting mycorrhiza can boost agricultural efficiency.

Upon passing a health inspection and getting to know his park ranger Alma, he finds out about the folk myth of the woodland spirit Parnag Fegg. Martin, as well as Alma, set out on their two-day journey to Olivia’s location the next day.

Martin is informed by Alma that Olivia hasn’t been listened to for some weeks. Martin notices a sore on his hand the following night shortly after he and Alma were attacked by the attackers who also plunder their tent.

It stashes part of their resources, destroys their gear, and steals their shoes. Martin also suffered a severe foot cut while barefoot.

Zach, a resident of the woods, approaches them and offered to lend the two each a pair of boots. Zach cleans and sutures Martin’s wounds, provides them with food, and leads everyone to his campground. Alma and Martin start to slip into a coma and become aware that they’ve been given a sedative.

While they’re asleep, Zach sews an odd symbol as well as animal guts inside Martin’s arm and photographs ceremonial pictures of them in bizarre outfits and poses.

Zach claims that the sign is a mark that will be recognized by a force in the woods who claims to have previously been an old sorcerer who hid his spirit in a freestanding stone located somewhere in the woodland. Zach describes the entity as having left its mark on something like a standing stone.

As a result of Martin’s wound, his foot grows infected, and Zach clumsily uses a hatchet to amputate a few of his toes. Before actually assaulting Zach, Alma finds a discarded sword to release herself and Martin. Martin, as well as Alma, get away, but they divide as Zach chases after Martin.

Martin is located and saved by Olivia following his encounter with the standing stone. Zach is shoved aside by the audio input and lighting set up surrounding Olivia’s camp while Alma arrives at the camp on her own.

The next day, as Olivia describes her research, she cauterizes Martin’s foot. They make an effort to make contact with the existence within the stone using Zach’s assistance by using lights and sounds from just an electronic soundboard.

Alma attempts to persuade Martin that they should go since she doesn’t believe Olivia and she worries that Zach has still been chasing them, but Olivia is adamant about continuing her studies.

The following morning, a heavy mist with fungus spores surrounds Olivia’s spot, enclosing it. In some kind of a hazmat suit, they sent Alma through all the fog, however, the spores get through and cause her to see terrifying images.

Zach tells the group to connect only with standing stone through sounds as well as lights in addition to consuming a “sacrament,” a concoction of ground mushrooms, as the mist approaches the location more closely that evening when he comes to talk with the others. 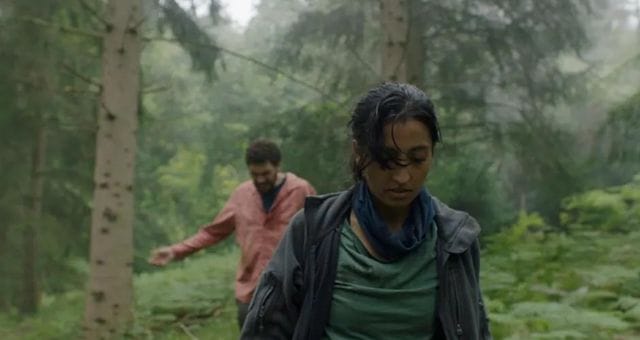 Amazing characters portrayed by brilliant actors are included in the film. The movie frequently creates situations where you’re unsure of what terrible thing could occur to a particular character, this builds a lot of tension through the personalities.

Also Read: Jesus Revolution Movie: a True Story Based on a Revolution is Coming Next Year!

Trailer of In the Earth!

Let’s have a look at the thriller movie’s trailer and enjoy the film’s suspenseful journey.

What is the IMBD rating of the film In the Earth?

The estimated runtime of the film is 1 hour and 47 minutes.

Who is the director of the movie In the Earth?

The director of the movie In the Earth is Ben Wheatley.

In the Earth is a movie ideal for special screenings because director Ben Wheatley blends science fiction, horror, as well as the paranormal with allusions to important moments in cinematic history.

It is threatening, harsh, conceited, and frequently moving. Even though some parts seem rushed and the conclusion disintegrates, every segment of the film is fantastic.