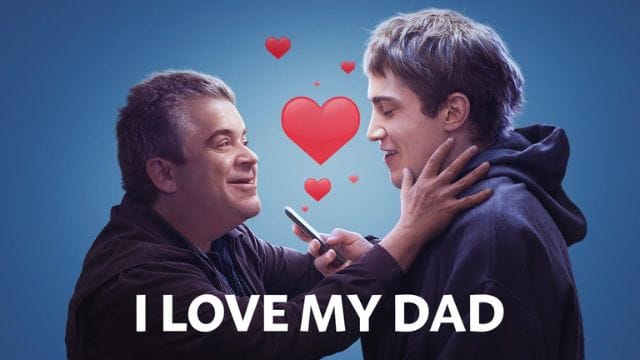 I Love My Dad depicts Chuck (Patton Oswalt), a hopelessly alienated father who desperately wants to reunite with his problematic son, Franklin, and is inspired by writer, director, and star James Morosini’s real-life experience (Morosini).

In order to communicate with Franklin after being blocked on social media and fearing for his son’s safety, Chuck creates the online profile of a waitress.

However, things start to get out of hand as Franklin develops feelings for this made-up girl (Claudia Sulewski) and is desperate to meet her in person because Chuck unintentionally catfished his own son. 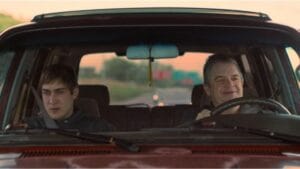 A father and son’s connection is the focus of the comedy I Love My Dad. In the opening scene, a young man named Franklin is seen leaving a mental health facility because he has had suicide thoughts in the past.

His mother, Diane, attempts to keep him away from everything that can make him feel more hopeless. After their divorce, his father Chuck was unable to co-parent because he lives a few states away. Chuck is quite eager to speak with his son Franklin.

Whether it was on stand-up comedy stages or in enduring supporting parts on “Parks and Recreation,” “Veep,” and “King of Queens,” Patton Oswalt has amused audiences in a variety of ways throughout the years.’

Oswalt does, however, occasionally have the opportunity to shine on the big screen in movies like “Young Adult” and “Big Fan,” not to mention his flawless voice work in “Ratatouille.” However, in the brand-new comedy “I Love My Dad,” Oswalt is at his most charmingly needy and naïve.

The movie follows Oswalt as Chuck, an alienated, untrustworthy father who is desperate to preserve some kind of connection with his despondent and mentally unstable son Franklin. The plot is based on the allegedly true story of writer, director, and star James Morosini (played by Morosini).

Franklin bans his father’s phone number and social media accounts in an effort to maintain a healthy distance from his pathetic patriarch. The best plan of action for Chuck in this situation is to construct a catfish social media profile as a lovely young girl who starts a connection with his son (personified by Claudia Sulewski). Needless to say, things quickly spiral out of control.

Also Check- Distant Movie Release Date: What Does the Sci-fi Movie Hold for Us?

Were you prepared for the trailer to end? Even still, it’s not the most embarrassing part of the whole ordeal. As he continues to make serious errors in this foolish quest to get in touch with his kid, Patton Oswalt plays the role of him admirably.

Even the most convoluted lies and events can’t make Oswalt fully unlikable because of his lovable nature. Few actors could pull off such an embarrassing portrayal and still feel redeemable. 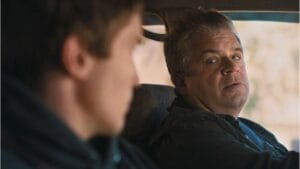 If you can bear the cringe aspect, you’ll be treated to an absolutely flawless portrayal from Patton Oswalt, who brings surprising sweetness to this parent fabricating a heinously disgusting falsehood, I wrote in my review from SXSW earlier this year. Even as he heads towards the end of the road, you feel sorry for him because of his desperation.

Amy Landecker, Rachel Dratch, and Lil Rey Howery round out the excellent supporting cast of “I Love My Dad.” But Morosini deserves praise for not only weathering what must have been a horrible event, but also for coming up with a means to tell his story in a dark comedy that manages to strike the perfect balance between heart and humor.

Franklin, however, unfollows his father Chuck on social media, so Chuck tries to “catfish” Franklin by posing as a stunning waitress named Becca online. Then, in order to spend more time with Franklin, Chuck offers to drive Franklin to Maine so that they can meet Becca.

The trip is his final effort to get in touch with his son. This causes a number of issues for his lately suicidal and lonely son, who he seeks to assist. The comedy in the film appeals to parents who are concerned about safeguarding their digital native children.

When Franklin learns the truth, will he ever be able to forgive his father? Will the son and father be able to get back together? See the comedy film to learn more.

Here is the “I Love My Dad” official synopsis.

I Love My Dad, which James Morosini is directing, will be available on August 5, 2022. The running time of this English-language film is 1 hour and 30 minutes.

The main cast of this film includes James Morosini, Patton Oswalt, Lil Rel Howery, Amy Landecker, Claudia Sulewski, Rachel Dratch, and Ricky Velez. I Love My Dad has a 7.4 digit binge rating out of 10 and is a fantastic comedy film to watch.

Inspired by the real-life events of writer, director, and star James Morosini, “I Love My Dad” centers on Chuck (Patton Oswalt), a father who has been irreparably estranged from his problematic son, Franklin (Morosini).

In order to communicate with Franklin after being blocked on social media and fearing for his son’s safety, Chuck creates the online profile of a waitress.

However, things start to get out of hand as Franklin develops feelings for this made-up girl (Claudia Sulewski) and is desperate to meet her in person because Chuck unintentionally catfished his own son. 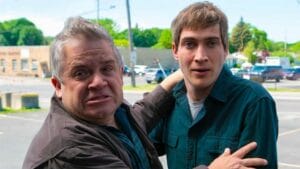 What happens in the movie I love my dad?

In an attempt to reconnect with his estranged son, a desperate father pretends to be a lady online. However, when the son requests a face-to-face meeting, things become challenging.

When will you be airing I Love My Dad?

Claudia Sulewski is filming what?

Claudia Sulewski, a YouTube star, debuts in a movie at SXSW The song “I Love My Dad” The YouTuber makes her acting debut in “I Love My Dad,” which received the Feature Film Grand Jury Award at SXSW and stars Patton Oswalt and James Morosini.