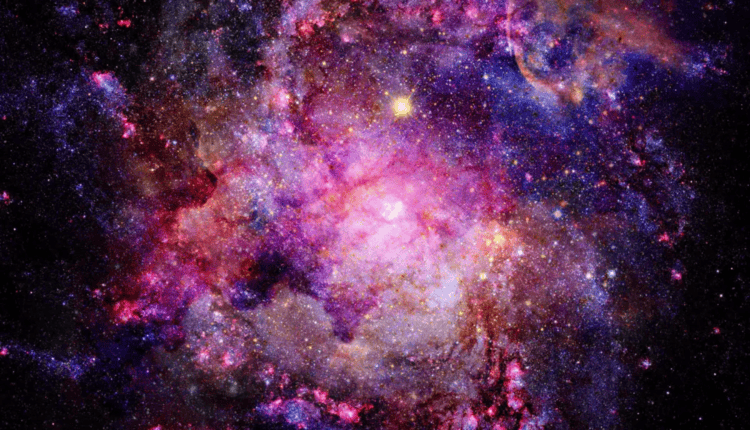 The greatest race in history between gravity and expansion rate got underway with the Big Bang.

This article will discuss topics like “How Will Our Universe End?” and Everything you need to know about this. Therefore, if this is something that piques your curiosity, stick with us.

Today, as we look out into the Universe, it’s simple to be completely in awe of everything we can find. Our night sky contains only a small portion of the Milky Way’s stars—a few thousand out of hundreds of billions. The Milky Way is but one of the trillions of galaxies that make up the observable Universe, which spans a distance of roughly 46 billion light-years in all directions.

And it all started with the Big Bang, a hot, dense, fast-expanding state, 13.8 billion years ago. When we initially characterize our universe as being full of matter and radiation, we are able to explain how the cosmos came to take on its current form by extrapolating from that condition using the known principles of physics. But everything is still changing, expanding, and producing new stars. How will it turn out? What science says is as follows.

Based on the straightforward physics of general relativity and the background of the expanding Universe, scientists who researched the structure and evolution of the universe for a very long time examined three alternatives. On the one hand, gravity pulls everything together; it is an attracting force controlled by matter and energy, which are present in the universe in all of their forms. The initial expansion rate, on the other hand, works to tear everything apart.

The greatest race in history between gravity and expansion rate got underway with the Big Bang. Which will prevail in our universe in the end? According to traditional logic, the solution to that issue should decide the future of the universe.

Read Also: How Did The Universe Start? 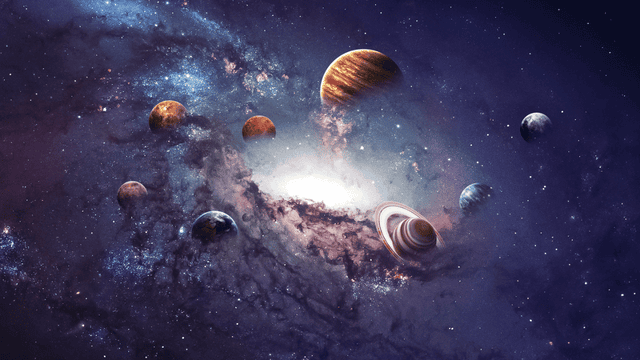 Here are the possibilities that we considered:

In a Big Crunch, the universe collapses once more. The rapid beginning of the expansion and the abundance of materials and radiation help to bring everything back together. If there is excess matter and energy, the universe will grow to a certain maximum size before reversing to contraction and collapsing once more.

A Big Freeze results from the infinite expansion of the universe. The same as before, everything begins, but this time, there isn’t enough matter or energy to stop the expansion. As the rate of expansion keeps declining but never reaches zero, the universe will continue to grow eternally.

The expansion of the universe stops and becomes zero. Imagine the ambiguous circumstance that lies in between the two examples above. We would collapse if there were one more proton; if there were one fewer, we would expand indefinitely. The universe expands eternally under this crucial (or Goldilocks) scenario, albeit at the slowest conceivable rate.

We only needed to measure how quickly the Universe was growing and how that expansion rate varied over time to determine whether theory was accurate. The rest would be determined by physics.

One of the main goals of contemporary astrophysics was it. You can determine how much the fabric of space is changing now by measuring the rate at which the universe was expanding. You can determine prior changes to the structure of space by observing how the expansion rate has varied throughout time.

When you combine those two pieces of knowledge, you can determine what the universe is made of and in what proportions by looking at how the expansion rate has evolved through time.

According to our best knowledge and based on these findings, the Universe is composed of around 0.01% radiation, 0.1% neutrinos, 4.9% normal matter, 27% dark matter, and 68% dark energy. For some, this quest dates back to the 1920s, but it received an unexpected response in the late 1990s.

What does it mean for our future if dark energy predominates the expansion of the Universe? Everything relies on how dark energy changes over time, if at all. These are the some options.

Read Also: What Is The Size Of Our Universe? 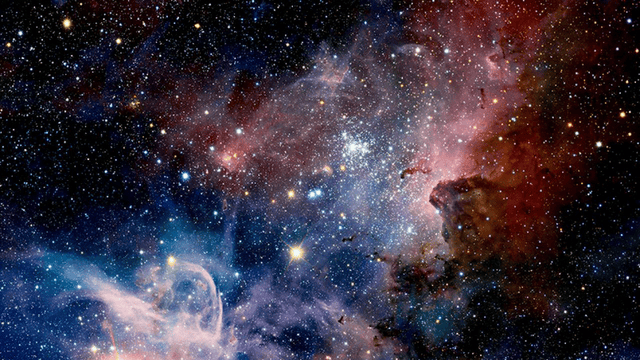 Dark Energy Is A Cosmic Constant That Dominates Expansion

Given the greatest facts we have at this time, this is the default choice. Dark energy is a non-zero amount of energy that is innate to the structure of space itself, whereas matter is a non-zero amount of energy that dilutes as the Universe expands and becomes less dense. The dark energy density doesn’t change as the Universe enlarges, hence the expansion rate asymptotes at a positive number rather than zero.

This causes the Universe to grow enormously and finally push everything outside of our little community away. Under these circumstances, 97% of the observable Universe is already inaccessible.

Dark Energy Is Dynamic And Progressively Gets Stronger

Dark energy suggests that space maintains a constant energy density since it seems to be a brand-new type of energy that is built into space itself. But it’s also possible that it’s evolving. It might be weakening in magnitude, which would hasten the expansion of the Universe over time. This is one way it might be evolving.

In addition to appearing to move away from us faster, farther away things would also appear to do so. Even worse, if dark energy grew stronger, all currently gravitationally bound things, including galaxy clusters, individual galaxies, solar systems, and even atoms, would eventually become unbound. Subatomic particles and the fabric of space itself would be torn apart in the closing moments of the Universe. Another possible outcome is the fate of “Big Rip.”

Dark Energy Decays Over Time And Is Dynamic

What other way could dark energy evolve? It may weaken instead of strengthening. Yes, the expansion rate is consistent with the energy density of space remaining constant, but this energy density may also be decreasing.

The Big Freeze is one of the initial possibilities that could result from it decaying to zero, as was stated above. There wouldn’t be enough matter or other types of energy for the universe to re-collapse, thus it would continue to grow.

However, if it continues to deteriorate until it turns negative, it may result in another scenario: a Big Crunch. The energy inherent to space that permeates the entire universe may abruptly change signs and force space to re-collapse. These changes are confined to occur over a far longer period of time than has passed since the Big Bang, but they are still possible. 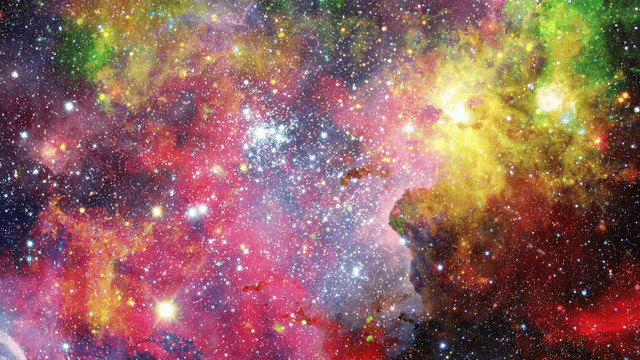 Dark Energy May Renew The Cosmos

Another possibility emerges if dark energy doesn’t diminish but instead stays the same or perhaps grows stronger. The energy that currently makes up the fabric of space might not last in its current form forever. Instead, it might undergo a transformation into matter and radiation, much like what happened when cosmic inflation came to an end and the hot Big Bang got going.

Dark energy will produce a very, very cold and diffuse Big Bang, where only neutrinos and photons can self-create, if it continues to be constant until that time. However, if dark energy gains power, it might cause an inflation-like condition followed by a brand-new, extremely energetic Big Bang. This is the simplest approach to revive the Universe and establish cyclic-like conditions, giving the newly generated Universe another chance to behave like ours did.

Dark Energy Decays And Wipes Away The Universe

Dark energy will decay, wiping out the known universe, and is related to the zero-point energy of the quantum vacuum. The most damaging scenario is this one. What if dark energy isn’t the real value of empty space in the lowest-energy configuration but rather the outcome of symmetries breaking into a false-minimum configuration early in the Universe?

If so, it would be possible for it to quantum-tunnel into a state with lower energy, altering the laws of physics and eradicating all of the bound states (i.e., particles) that exist in quantum fields at the moment. If this particular aspect of the quantum vacuum is unstable, then wherever this decay takes place, it will lead to the annihilation of the entire universe in a bubble that spreads outward at the speed of light. We would also be instantly destroyed if such a signal were to ever come to us.

Although we are unsure of which of these scenarios best describes our universe, the data strongly supports the first hypothesis, which postulates that dark energy is a real constant. The amount of flexibility for dark energy to vary is now constrained by our observations of how the Universe has developed, especially in light of the cosmic microwave background radiation and the large-scale structure of the Universe.

We’re prepared to reduce that wiggle room by probably another factor of 10 or so with the arrival of NASA’s WFIRST mission, which will be the organization’s premier astrophysics project of the 2020s. That observatory will be the one with the highest possibility to scientifically unveil this new reality about our Universe if dark energy presents any clues that our fate will differ from the one we currently predict. The only options we have up until that point are the ones we are aware of. Science will handle the rest.

So that is all in this article “How Will Our Universe End?” We hope you learn something. So keep an eye out and stay in touch. Follow us on trendingnewsbuzz.com to find the best and most interesting content from all over the web.