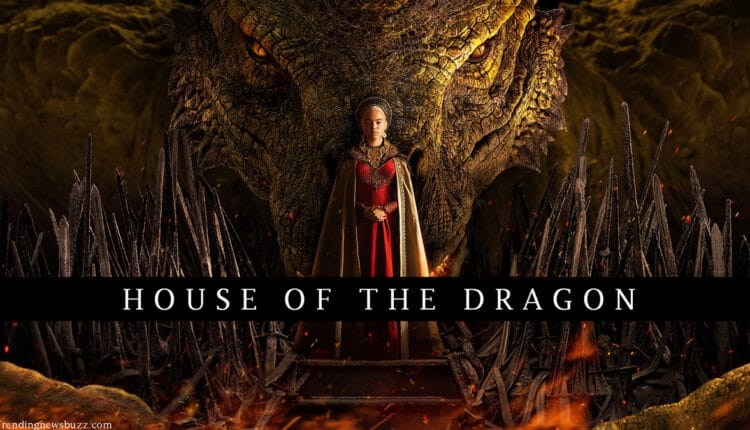 House of the Dragon Release Date: Everything You Need to Know!

After the release of the eighth season of Games of Thrones, things turned completely different for the fans. Game of Thrones is one of the most popular series in the history of Entertainment. The show has already set its legacy differently from the world and there is no doubt why people are obsessed with this show. So, when the creators of Game of Thrones worked on their series and released season 8 (since the author is still working on it), fans were furious. HBO has officially announced the spin-off of the popular series, House of the Dragon.

Game of Thrones has already renewed itself and brought back another iconic backstory of its people. House of the Dragon is one of the most anticipated series of 2022 and fans are eagerly waiting for the show to get released.

The entire fandom is holding its breath and waiting for the show to get renewed. When HBO announced that they are working on the project regarding the Game of Thrones, there were already many speculations.

The world is getting more dragons with Targaryens getting back in power. House of the Dragon is going to introduce us to the early superpowers and features the story of the Trageryans, their kingdom, and the other 7 kingdoms of Westeros. Now, as we have already given you some hints, let’s jump into this article and reveal everything about the upcoming series. Continue reading this article to find out everything regarding the series.

House of the Dragon Release Date: When is it going to be released? 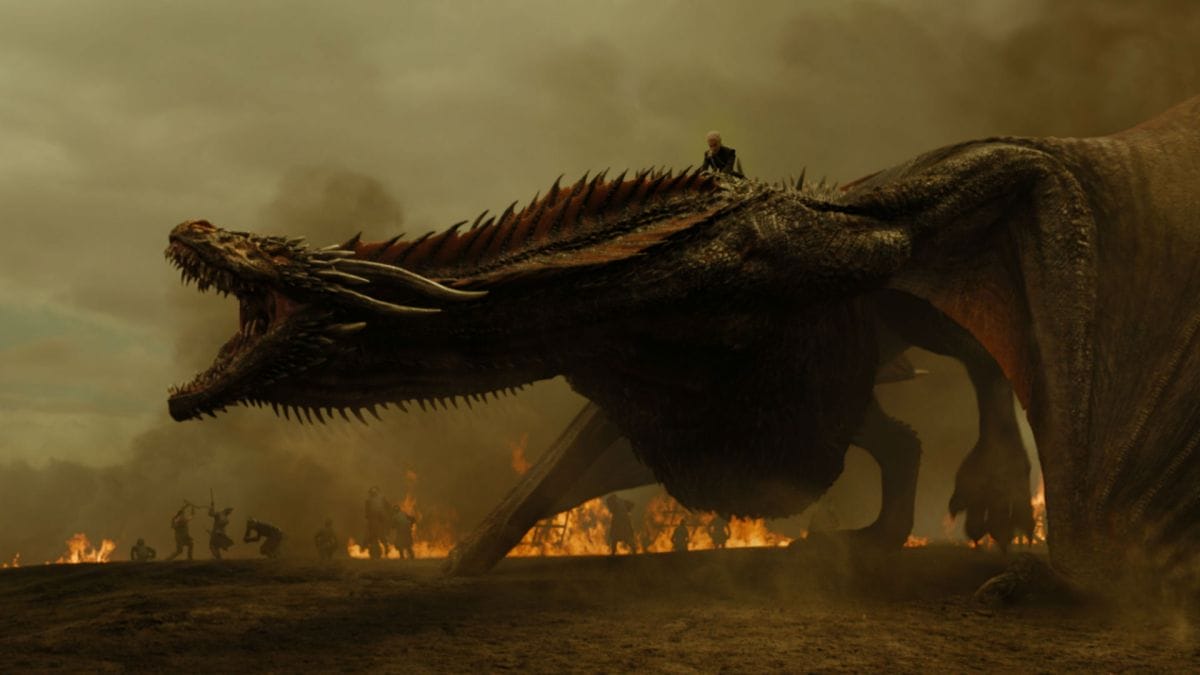 HBO has officially announced the production of House of the Dragon. It’s been a while since the officials have announced the Game of Throne’s spin-off. Fans are already wandering regarding the release date for the upcoming spin-off.

Thankfully, House of the Dragon is officially premiering on August 21, 2022, in the US. Regarding the UK release of UK, the show is officially confirmed to be scheduled one day after the release in the US i.e., August 22, 2022.

You may also like: What’s Brewing For The Most Iconic Episode of Game of Thrones: Battle of The Bastards?

The show will be available to watch on HBO and one can stream the show on their Official streaming platform. House of the Dragon has 10 episodes in total. There is no official confirmation whether the series is going to run beyond the first season or will conclude the ending.

If anyone has read George R.R. Martin’s Book, they know that there are a lot of backstories covered. We are just hoping that there will be more things to cover and the development process like the viewers wanted. Let’s hope that the creators don’t ruin the excitement and bring the right things to the screen.

House of the Dragon Cast: Who will be in it? 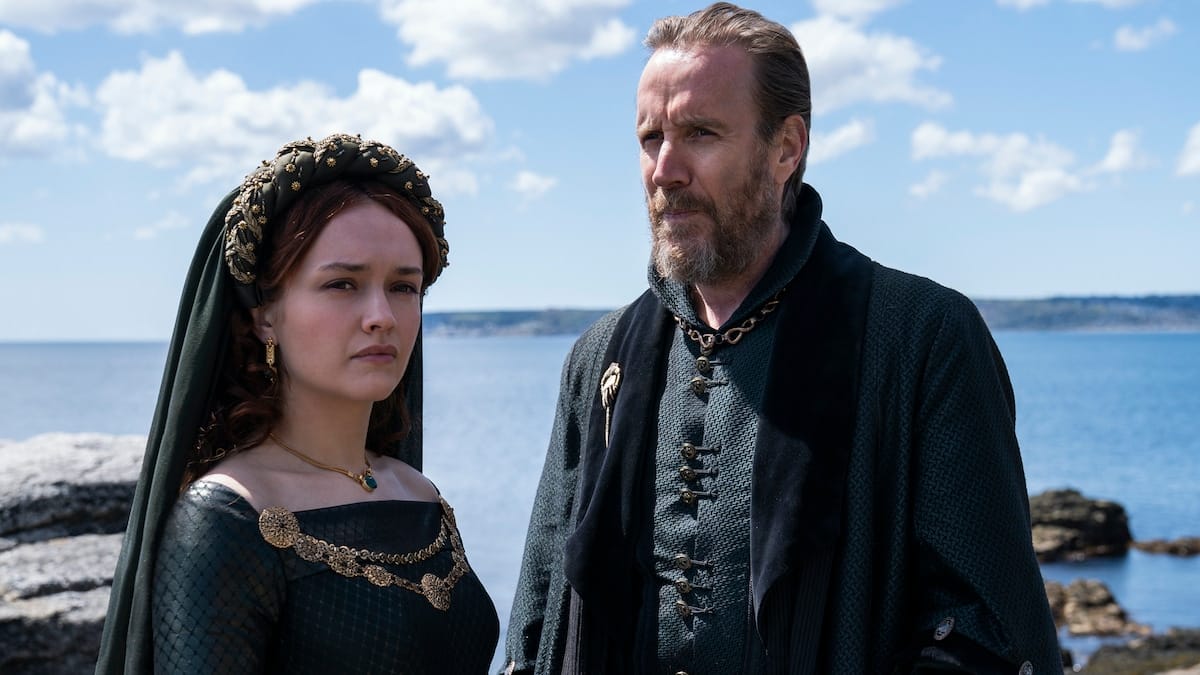 Many people are excited to meet the new characters in the game. Since it is a spin-off of Game of Thrones. Don’t expect any characters to be recast back as other characters. On the other hand, we have already seen how fascinating the cast of the House of the Dragon is. No matter how the show is going to be, we can guarantee that the cast will be spectacular.

Moreover, there will be a lot of characters, just like how the main series and everything will be getting interesting. George R.R. Martin has already teased her character and put his thoughts straight forward by saying that the series won’t have any favorite characters like the Game of Thrones did.

Talking to Hollywood Reporter, he claimed “It’s powerful, it’s visceral, it’s dark, it’s like a Shakespearean tragedy. There’s no Arya—a character everybody’s going to love. They’re all flawed. They’re all human. They do good things. They do bad things. They’re driven by the lust for power, jealousy, and old wounds—just like human beings. Just like I wrote them.”

This makes people more interested in the upcoming characters and their true personalities. HBO has already revealed the characters during an official press conference.

The king’s firstborn child is of pure Valyrian blood, and she is a dragon rider. Many would say that Rhaenyra was born with everything… but she was not born a man.

The younger brother to King Viserys and heir to the throne. A peerless warrior and a dragon rider, Daemon possesses the true blood of the dragon. But it is said that whenever a Targaryen is born, the gods toss a coin in the air…

You may also like: How Bad Writers Ruined Game Of Thrones’ Legacy

Lord of House Velaryon, a Valyrian bloodline as old as House Targaryen. As “The Sea Snake,” the most famed nautical adventurer in the history of Westeros, Lord Corlys built his house into a powerful seat that is even richer than the Lannisters and that claims the largest navy in the world.

The daughter of Otto Hightower, the Hand of the King, and the most comely woman in the Seven Kingdoms. She was raised in the Red Keep, close to the king and his innermost circle; she possesses both a courtly grace and a keen political acumen

The Hand of the King, Ser Otto loyally and faithfully serves both his king and his realm. As the Hand sees it, the greatest threat to the realm is the king’s brother, Daemon, and his position as heir to the throne. 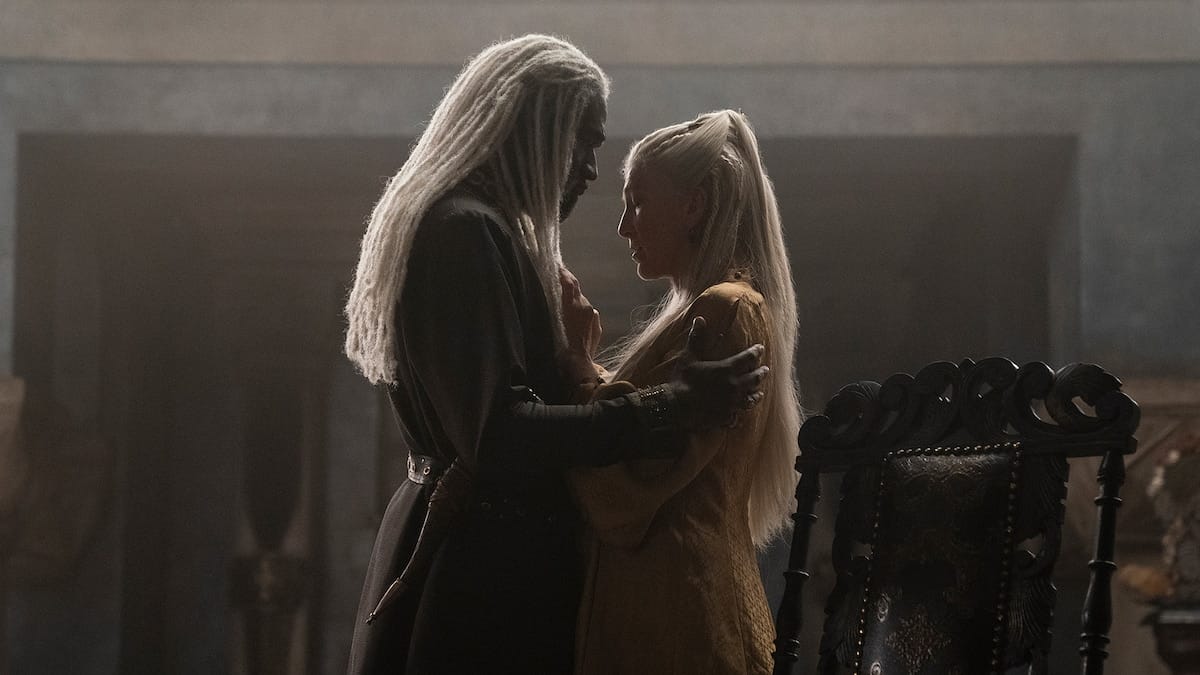 Other than that, Paddy Considine will be going to appear as King Viserys I. HBO announced him as “A warm, kind, and decent man is chosen by the lords of Westeros to succeed the Old King, Jaehaerys Targaryen, at the Great Council at Harrenhal. However, good men do not necessarily make for great kings”

Moreover, there will be Fabien Frankel as Ser Criston Cole. He is a dashing knight who won Rhaenyra’s affection early in life and became her protector. You are going to meet Eve Best as Rhaenys. He will be Viserys I’s cousin and considered by many to be the true heir to Jaeherys I.

Last but not least, Sonoya Mizuno as Mysaria, commonly known as Lady Misery, Prince Daemon’s paramour and Mistress of Whispers to Rhaenyra.

House of the Dragon Plot: What Can We Expect with it? The upcoming book is inspired by George R.R. Martin’s Targaryen novel Fire & Blood. The story of House of Dragon will be inspired by events that occurred 200 years before the Game of Thrones happened. The show will be centered around the popular event called Dance of Dragon and follows the Targaryens and the civil war between the two siblings Aegon II and Rhaenyra.

House of the Dragon is again going to be a fight for the Throne after the father of Aegon II and Rhaenyra dies and the two siblings start their fight for the throne.

Furthermore, other houses are eager to join the two siblings and a fight will break out between them. Condal tells EW, “Nobody alive in this story has ever seen a war or a meaningful conflict,”

You may also like: Emilia Clarke Net Worth: How Much Did Emilia Clark Earn in Game of Thrones?

Moreover, they confirmed by saying, “Yes, there have been skirmishes and tournaments, but we’re living in this society based on conflicts for power. We’re watching a period where every man has been trained for battle since birth, but the battle doesn’t happen. That pent-up energy leaks out between the cracks and starts to wear on itself where you almost need the release of war to keep the whole thing from boiling over.”

Things will be getting similar to Game of Thrones and the music will give you quite the same feelings. There will be a lot of things that will be featured in the film and things will make sense only if you have watched the Game of Thrones.

Like this article? Share this with your friends who are obsessed with a game of Thrones. Follow Trendingnewsbuzz and get all the latest updates regarding the upcoming event.

The Undeclared War Season 2: Is It Renewed Or Cancelled?