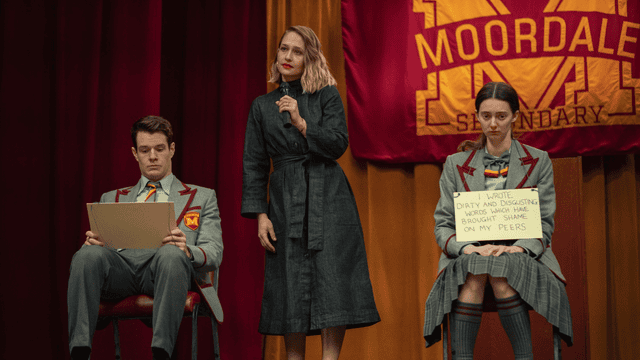 The third season of Sex Education ushers in a brand new era for the boarding school. Michael Groff has left the show as a result of the “sex school” incident.

A complete overhaul of the school’s appearance is urgently required. The kids, on the other hand, have a new headteacher who will make them feel as though the previous administration was a “walk in the park.”

Who Is Hope Haddon In The Third Season Of Sex Education

Hope Haddon has been appointed to the position of headteacher at the local school. She has been given the responsibility of removing the pejorative moniker of “sex school” from the high school and giving it a more appropriate name.

Since the board is putting pressure on Hope and offering good money, the new headteacher will have to change the way the school is run and create a new culture.

Hope Haddon, on the other hand, is a contentious character in the third season of Sex Education. She is a brand-new enemy for the students to deal with, but she is much more dangerous than Michael Groff.

Hope Represses Other Characters In The Series

She is completely unconcerned about the right to freely express oneself. Acting as an oppressor for the majority of the third season, rather than providing a setting in which the students can safely discover who they are.

She also shows no regard for the LGBTQ+ community, as seen by the fact that she ignores the concerns of non-binary characters who are forced to identify as either male or female. 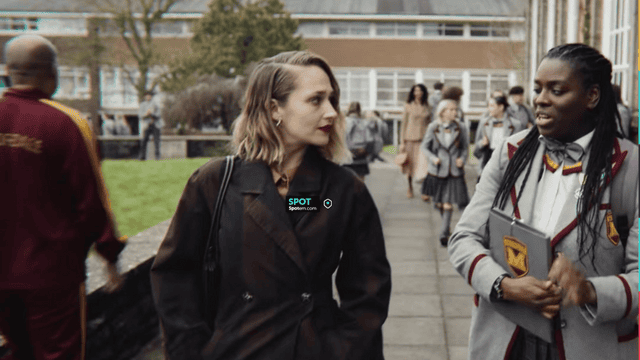 Hope Haddon is a chilling example of how legislation may badly affect people and is a case study that illustrates this. Because the school encourages teen abstinence, it has turned into a sexually neutral environment, which is counterproductive for those teenagers who are going through their hormonal changes.

Hope The Organiser Of The Family: Minor Spoiler

However, Hope Haddon does have her own sexual troubles, which is both paradoxical and contradictory given that she is a headteacher. These concerns are not related to her job. Hope is so eager to start a family that she decides to seek treatment for in vitro fertilisation (IVF) at a local clinic.

Previous rounds have been unsuccessful, and she is enduring the mental anguish of attempting to persuade the physicians to let her have another chance at the treatment. She has a sinking feeling that her body has let her down, which adds to the sad tone of her character as a whole.

Because of this, Hope is intentionally written to be a character who is difficult to understand. She is going through her own sexual crisis at the same time that she is causing actual suffering for the pupils by using immoral methods.

The students’ resistance to Hope Haddon’s authoritarian tactics is the only thing that can save her from being publicly humiliated on Open Day by the projection of a sexual presentation. Hope is doomed to the same fate as Michael Groff because of the comparable catastrophe that befell them both.

However, the students were negatively affected as a result of the rebellion as well. As a result of the school’s funding board stepping down, ownership of the building has been transferred to a group of real estate developers.

The fact that the school will no longer exist may have potential repercussions for the fourth season. Hope Haddon is a pivotal figure throughout the entirety of Sex Education. Jemima Kirke plays the role of the character. 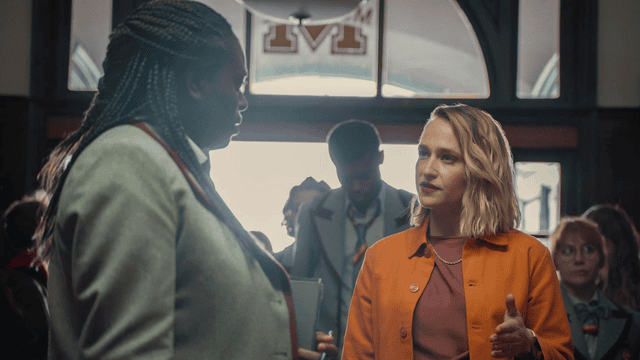 Moordale High School has a new headmistress, and her name is Hope. She took over for Mr. Groff, who was hired “to get the school back on track.”

What Is The Plot Of The Series

Hope has been given the responsibility of improving the reputation of Moordale Secondary School, which has been referred to as the “Sex School” in the local media.

Hope has been appointed as the next headmistress of the school. At first, Hope gives her pupils the assurance that she will transform the school into a secure environment in which everyone can relax and feel at peace.

She enlists the assistance of Vivienne Odusanya, whom she subsequently appoints as the new Head Girl because she is of the opinion that Jackson Marchetti is not qualified to hold the post. However, Hope becomes appalled by the behaviour of the students, whom she still considers to be too promiscuous for her liking.

This leads her to undertake very conservative measures, such as promoting sexual abstinence, enforcing humiliating punishments, and refusing to acknowledge the needs of non-binary students such as Cal Bowman. Hope’s actions have a negative impact on the student body. 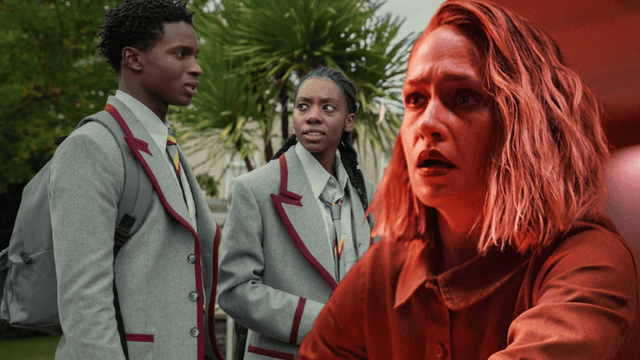 This is further supported by the fact that she was unsuccessful in becoming pregnant through in vitro fertilisation. Eventually, Hope is unable to halt the airing of a video promoting sex positivity during an open day at the school, which marks the point at which she loses entire control of the institution. Since the school is going to close soon, she no longer has to be the headteacher.

What About Her Relationship

What About Her Personality

She presents herself as being very progressive and focused on the future, but in truth, she is very retrograde. She has openly displayed transphobia and homophobia, and she has disrespected the LGBTQIA+ alliance in general.