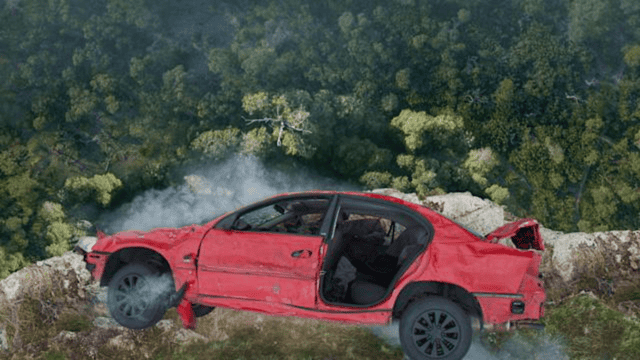 In the next few months, there will be more car drama on Home and Away and at least one Summer Bay resident will be in a major car crash, which could be part of the season finale, also you will get spoilers while you are reading this.

On another “away” shoot, the show’s crew was spotted today filming dramatic scenes in the town of Blayney in Central West NSW, about 240 km west of Sydney.

A local person posted the photo to social media. It shows a wrecked car resting under a tree while crew members stand around it. Basically, it was a car crash scene and he gave us some sort of spoilers.

Local residents were told in a letter drop that the scenes would have “special effects of fire and smoke, as well as fake emergency vehicles.”

The Blayney Chronicle asked Seven for a comment, and Seven said, “Home and Away is currently filming some scenes in beautiful Blayney and the area around it.”

“These scenes will be shown on Seven Network’s 7Plus at a date that hasn’t been set yet.”

Even though the photo doesn’t show any of the actors, we can tell you that the car belongs to Leah Patterson (Ada Nicodemou)!

It’s not clear if Leah is in the car, if her boyfriend Justin (James Stewart) is using it, or if both of them are in danger during a road trip.

Nephew Theo seems to be safe, though, since Matt Evans was seen filming scenes this week at Palm Beach while the other unit was away.

Since we first posted this story, the head of makeup for Home and Away, Laura Vazquez, posted a photo on Instagram confirming that Ada, James, Ethan Browne (Tane), and Nicholas Cartwright (Cash) are all at the dramatic shoot. 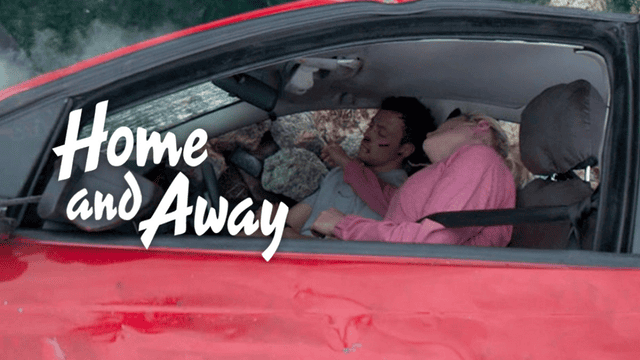 What About The Time Between Filming & Airing?

Home and Away episodes are usually shot about 4 to 5 months before they air in Australia. The time between filming and airing depends on the time of year. But because of the time of year, it’s likely that these scenes will be part of the storyline for the season finale this year or the season return weeks in 2023.

The last big car crash, which aired as last year’s mid-season cliffhanger before the Olympics, will still be fresh in viewers’ minds.

Dean’s (Patrick O’Connor) car went off the road when he and Mia (Anna Samson) were picking up Nikau (Kawakawa Fox-Reo) from a small town northwest of Canberra. These scenes were filmed in Wee Jasper.

A Loss And Intro To The Story

In the story, Mia and Ari (Rob Kipa-Williams) lost their baby, which was very sad. The character of Logan Bennett (Harley Bonner), who was part of the rescue team and arrived by helicopter, was also introduced.

We don’t know yet what the effects of this year’s car crash or accident will be in the Home and Away, but we will find out in the coming months or have the spoilers. Just kidding!! haha!!

The last time Leah was a big part of a season finale was in 2015, when Charlotte King (Erika Heynatz) crashed her wedding to Zac MacGuire (Charlie Clausen). This happened just hours before Charlotte was shot by an unknown assailant, which led to a whodunit storyline that went on for most of the 2016 season.

Back in Palm Beach, filming has been a little less exciting this week, but we got a look at another new character who looks like he or she will be working at the gym.

Maleeka Gasbarri has been seen filming in a Summer Bay Fit uniform and doing workouts on the beach at different times over the past two months. Yesterday, fans on Celebtime’s Home and Away tour were able to take pictures with Maleeka while she was filming.

The character’s name is not yet known, but she has been in a few scenes with Xander Delaney, who just joined the cast (Luke Van Os).

At the moment, viewers are seeing Xander get help for the stress he’s going through at work as a paramedic. They are also finding out that his half-sister Jasmine, played by Sam Frost, will not be coming back to Summer Bay. 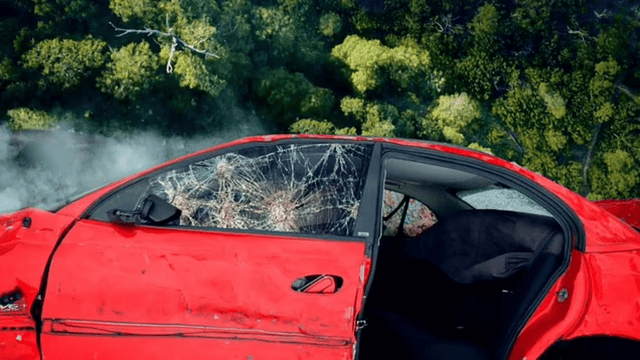 Could Xander Find Happiness In The Near Future?

Also there was Kawa, who plays Nikau. Fans will be happy to hear that he was back in his lifeguard uniform after last night’s episode, in which he was in danger of losing his job as the paid lifeguard at the surf club.

Shane Withington (John), who is a fan favourite, was taking pictures with fans, and Kirsty Marillier was doing the same. This answered the question of whether Rose decides to stay in Summer Bay, which she will be asking in episodes that will air over the next week.

These scenes might also air in the last few weeks of this year or in the beginning of 2023.

The exact date of this year’s season finale won’t be known until much closer to the end of the year, but in recent years it has happened in the last few weeks of November.

A new Home and Away promo has already shown us the new character Heather for the first time. It also makes Marilyn’s big secret even more mysterious. How do these two people know each other?

So that is all about the Home and Away spoilers, also about the car crash scenes.