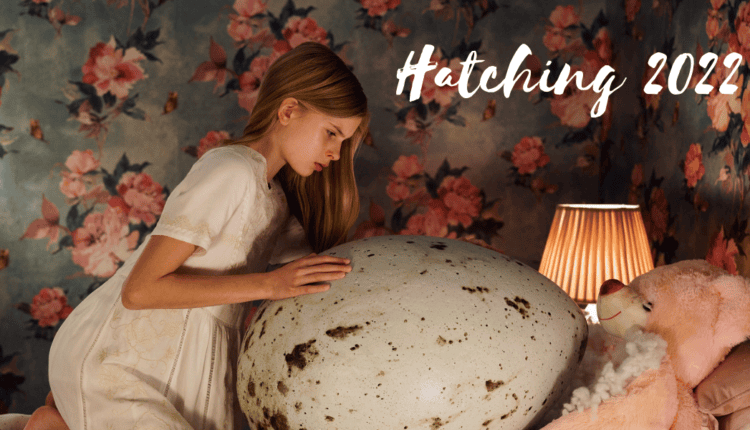 A psychological thriller and a horrific monstrosity, both spawned by twisted maternal love.

The horror genre is evolving, and it has become much more than just a strangely written narrative of spooks, jump scares, and horrors. It has evolved into something much more. A testament to this is the Finnish body horror film Hatching, which debuted at the Sundance International Film Festival in January 2022 and received critical acclaim from critics and audiences alike.

Featuring a nasty caricature of internet society, written and directed by Hanna Bergholm and Ilja Rautsi, the film is a sarcastic satire of the enormous disparities between actual and fictional life. Hatching, on the other hand, takes it to the extreme, and by the end of the film, the thin fabric of normalcy has been contaminated with blood and gore, making it a must-see for fans of body horror. 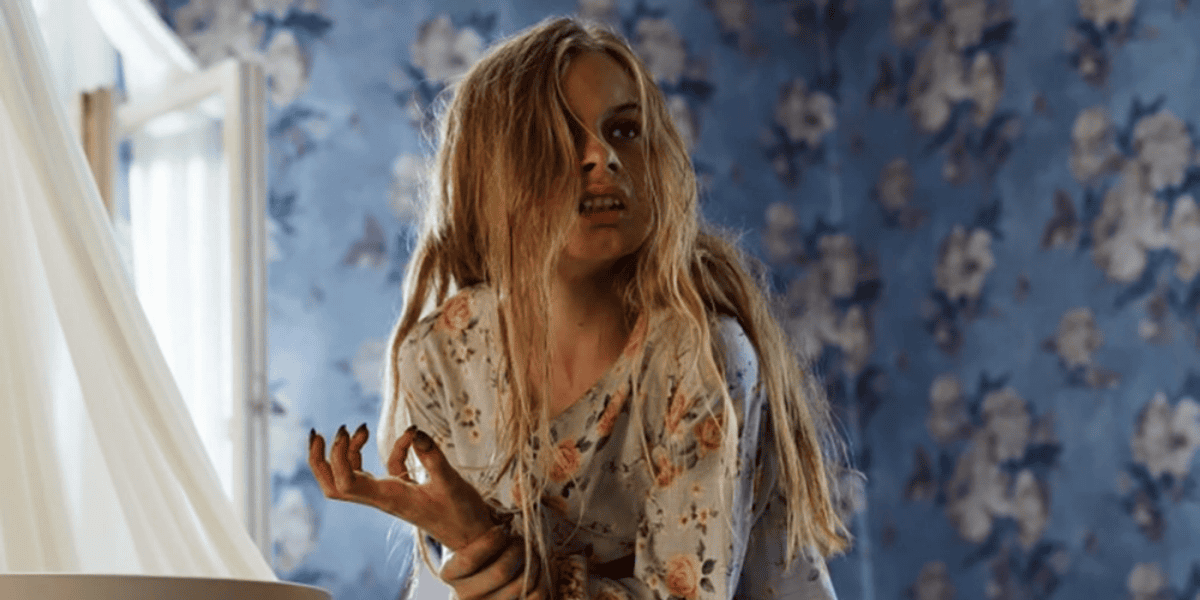 One of the things that distinguishes Hatching from other films of a similar genre is its straightforward but thought-provoking story. The beast that emerges from the mysterious, enormous egg, while horrifying, can also be sympathetic at times because of its size and shape. Using CGI to augment the real effects, the film brings out the creepiness of the entire situation, while also tackling issues such as the tribulations of girlhood, the expectations placed on women, and how these two topics are related to one another.

In preparation for the film’s upcoming release in the US, we thought it would be a good idea to summarise all we’ve learned so far about the body horror film and hope that it lives up to your “eggspectations.”

Although things appear to be normal at first glance in the teaser published in January this year, a sense of foreboding pervades the entire film. Preparing the audience for what’s to come, the aerial shot of the family house is reminiscent of The Conjuring. Moments of family unity are captured on camera as they laugh and clap as they record a video of themselves sitting on the couch. However, during the next few seconds, things will go from 0 to 100.

Classically Hitchcockian mayhem is unleashed when a bird comes in and scares the small girl (who also happens to be the story’s protagonist). There is more to the family than meets the eye when the mother gets up and shoots the bird. A unusual egg is discovered in the adjacent woods in the following panel, where we see the girl being drawn there.

What emerges from the egg of the bird her mother had slain earlier becomes a nightmare for everyone involved in the story, including the audience. The haunting melody of “Hush Little Baby, Don’t Say a Word” plays in the background, adding to the trailer’s eerie atmosphere while also hinting at the central theme of the story: motherhood.

To date, Hatching has received a lot of appreciation for its original content and realistic effects as well as its social message, which premiered at the 2022 Sundance Film Festival on January 23, 2022. As of March 4, 2022, the film was dubbed Pahanhautoja in Finland (Evil Graves). It’s coming to US cinemas on April 29 and will be available on VOD and iTunes on May 17 following Hatching’s middling box office success in Finland. IFC Films has released a terrifying new poster for the upcoming release of the Finnish thriller.

In Hatching, 12-year-old gymnast, Tinja is desperate to please her image-obsessed mother, whose popular blog ‘Lovely Everyday Life’ presents their family’s idyllic existence as manicured suburban perfection. One day, after finding a wounded bird in the woods, Tinja brings its strange egg home, nestles it in her bed, and nurtures it until it hatches. The creature that emerges becomes her closest friend and a living nightmare, plunging Tinja beneath the impeccable veneer into a twisted reality that her mother refuses to see. Hatching is a fascinating portrait of the nature of maternal instinct, as Tinja battles to come to terms with the genuine emotional bond with her grotesque and bloodthirsty newfound family while contending with the fraying connection to her own demanding mother.

Hatching’s general creepiness is reminiscent of a number of classic horror films, like Alfred Hitchcock’s The Birds, Guillermo del Toro’s fantastical worlds, and Andy Muschietti’s psychologically complex film Mama, while remaining distinctive from each of those works. 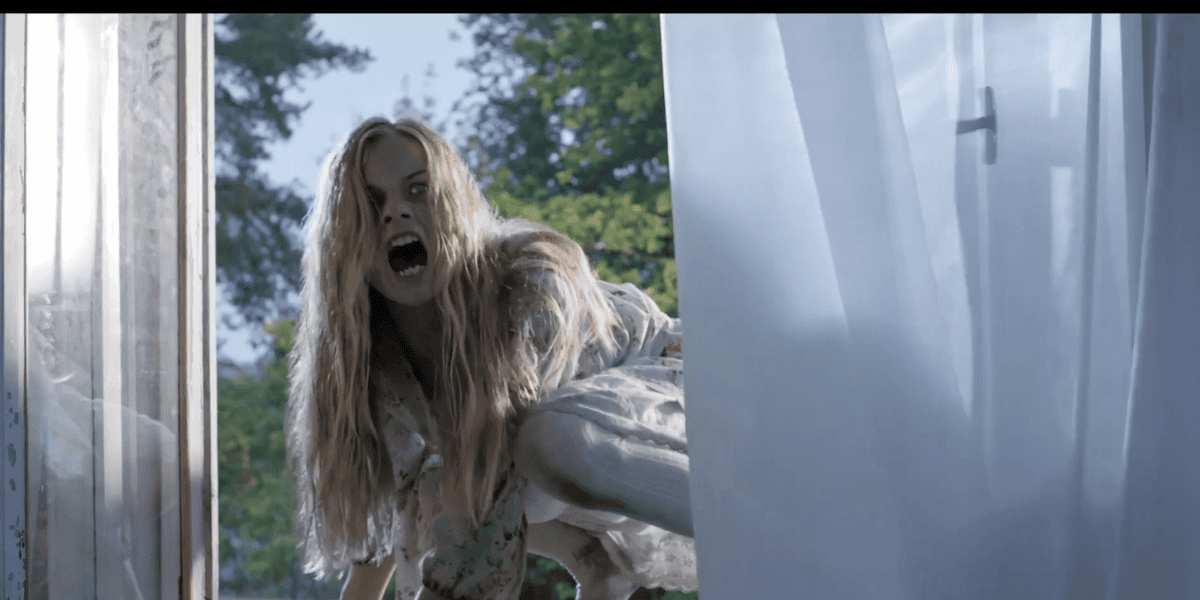 It’s an unsettling symphony that celebrates the tragedies of adolescence and the fragility of young women under the weight of their parents’ expectations. In an attempt to fill the vacuum she feels no one else can fill, Tinja goes through all of this and cares for the egg she finds in an attempt to fulfil her own need for a loving maternal figure.

With a diverse group of fresh and seasoned actors, Hatching’s performances at the Sundance Film Festival have been widely praised. Father of the family Jani Kristian Volanen, who has acted in more than 50 television and film projects, plays the character of a painfully boring man. As a demanding and cutthroat video-blogger mother, Sophia Heikkilä has appeared in shows like Syke, which she plays in this film (2020).

Siiri Solalinna, a newbie, plays both Tinja (the daughter) and Alli (the avian monster), and is the protagonist of the story. The critics were blown away by Solalinna’s flawless performance as both the fragile and timid daughter and the malevolent doppelgänger. The youthful Oiva Ollila portrays Tinja’s younger brother Matias. Ollila also stars in his first film, Hatching, in which he excels as an obnoxious younger sibling. Reino Nordin has been cast in the role of Tero, the dashing widower who has an illicit relationship with the family’s matriarch.

Hanna Bergholm is the director and Mika Ritalahti, Niko Ritalahti, and Nima Yousefi are the co-producers of the film. Ilja Rautsi’s screenplay meticulously embellishes the pieces on the board before putting them into motion as the individuals’ emotional and mental traumas take effect.

Some of the world’s top artists created the practical and special effects for Hatching, giving the film’s evil monster and the surroundings an unsettling atmosphere. The animatronics supervisor was Gustav Hoegen, who had previously worked on the physical effects for several Star Wars films. Conor O’Sullivan, the head of SFX makeup at Hatching, was nominated for an Academy Award for his work on Heath Ledger’s Joker in The Dark Knight.