Harvey Weinstein : Ben Affleck Among The 70 Others On The Red Flag List

On March 11, 2020, news broke than Harvey Weinstein had been sentenced to 23 years in prison for multiple criminal sexual acts, some as serious as rape.

Since the passing of this judgement, many details surrounding the case have emerged. One such detail is the presence of a “red flag list”. This list is part of 1000 pages of documents that the courts made public. According to Variety, one of the more prominent names on this list was that of former Batman actor Ben Affleck.

This document came to light during the court proceedings due to an email that Weinstein sent to a private investigator. This email also stated that the people on this list “are the first to call”. Variety goes on to say that Weinstein made this list to document the names of people that he felt would talk to reporters regarding his abuse. The private investigator, however, claims that he did not move forward with this investigation. He also added that he doesn’t know for sure if someone else did.

Affleck was one of 70 others on the list. Some of Weinstein’s victims, such as Rose McGowan and Anabella Sciorra, among others, were also part of this list.

Ben Affleck has worked on many films with Harvey Weinstein. His production companies, Miramax and The Weinstein Company, produced on many of Affleck’s earlier films. One of them was the film “Good Will Hunting”, for which Affleck won an Oscar for Best Original Screenplay alongside Matt Damon.

Soon after the news regarding Harvey Weinstein’s became public, Affleck went on to state that he would donate any future earnings from these collaborations to charity. This included organisations such as Film Independent, as well as RAINN, which runs the National Sexual Assault hotline in the USA.

Weinstein’s Role In The #MeToo Movement

The #MeToo movement shocked the world when it first started back in 2017. Women from across many industries spoke out about their experiences of sexual harassment and assault. Hollywood, in particular, saw a series of disturbing revelations regarding many of its high-profile celebrities. Victims publicly identified comedians Louis C.K. and House Of Cards actor Kevin Spacey as abusers. 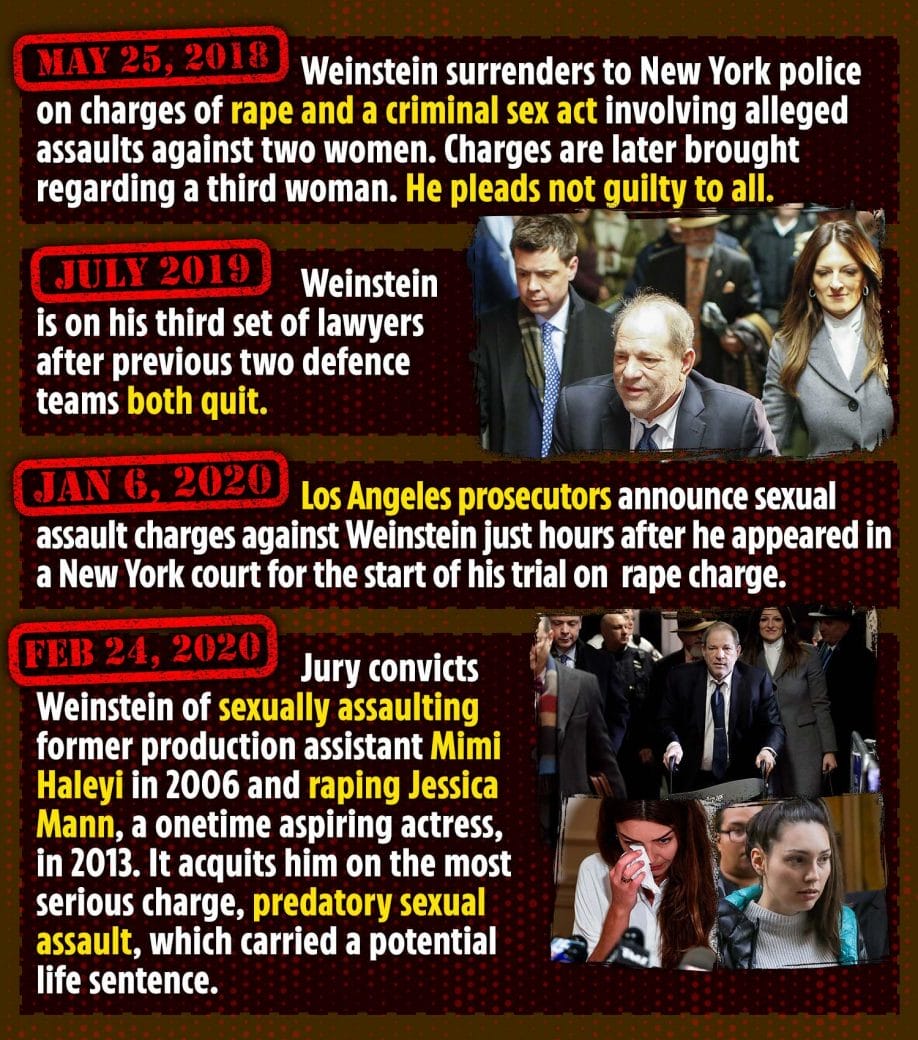 It was Harvey Weinstein, however, who went on to become the most infamous of the accused. The New York Times first published details of the abuse that actresses Rose McGowan and Ashley Judd faced due to his advances back in October 2017. Since then, more than 100 women have publicly accused him of doing the same to them.