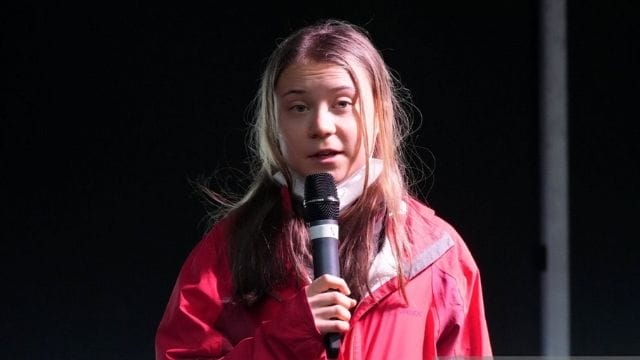 Greta Thunberg was born in Stockholm, Sweden on January 3, 2003 to actors Svante and Malena Thunberg. Beata, her younger sister, is her only sibling.

Thunberg first became aware of climate change when she was eight years old in 2011, and she felt depressed and stopped talking and eating because she couldn’t understand why others weren’t treating it as a serious danger. OCD, selective mutism, and Asperger syndrome were all diagnosed shortly after.

Between 2010 and 2018, Thunberg attended the private school Franska Skolan for her studies. She went on to Kringlaskolan after that.

Thunberg battled depression for a few years before organizing school climate strikes that grew into a global climate change advocacy movement known as Fridays for Future. She promised not to return to school until the 2018 Swedish general election and asked that her government reduce carbon emissions in order to comply with the Paris Agreement. Thunberg gained international attention for her cause by posting images of her strike on Twitter and Instagram.

She began participating in massive demonstrations around Europe later in 2018, and she gave several high-profile public statements. Following the Swedish general election, Thunberg continued to strike exclusively on Fridays, inspiring students all around the world to do the same.

Thunberg spoke during the plenary session of the 2018 United Nations Climate Change Conference, giving her the biggest stage yet. Her speech went viral, in which she fiercely lambasted government inaction on climate change. Thunberg spent the next year stepping up her involvement, appearing at several conferences and parliaments across Europe and participating in numerous student protests.

She addressed the British and French parliaments, as well as the World Economic Forum. Thunberg attended the United Nations Climate Action Summit later that year. She also attended a UNICEF press conference with 15 other youngsters, where they lodged an official protest against five countries for failing to achieve carbon reduction targets. 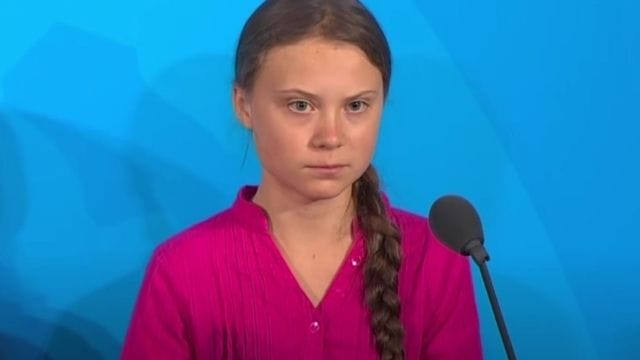 Thunberg took part in marches and gave keynote addresses in Canada and the United States, among other major climate protests and speeches. She also spoke to the European Parliament’s Environment Committee, visited COP25, and returned to speak at the World Economic Forum. During the COVID-19 pandemic, Thunberg kept up her activism, using social media to highlight many environmental injustices and world leaders’ ongoing inaction. She will speak at the COP26 meeting in Glasgow in 2021.

Thunberg sailed from Plymouth, United Kingdom, to New York City, United States, during her sabbatical year in 2019. She traveled aboard the racing yacht Malizia II, which was outfitted with underwater turbines and solar panels in order to make the trip carbon-free. The journey took 15 days in all.

Thunberg’s vocal stance has influenced perceptions toward climate change in many countries. The Green parties had their highest results ever in the 2019 European Parliament election, with many of the gains coming from northern Europe, where young people took part in Thunberg-inspired protests. Furthermore, a YouGov poll in the United Kingdom indicated that public concern about environmental issues has risen dramatically since Thunberg’s rise to notoriety, as has the publication and selling of children’s books concerning climate change.

Thunberg has also influenced air travel by encouraging people to take the train instead of flying to cut greenhouse gas emissions. As a result, Sweden’s domestic air travel fell by 4% in 2019, but train usage increased. People who were aware of Thunberg and her opinions were more inclined to take collective, deliberate action to battle climate change and support environmental activism, according to a study published in 2021.

Appearances in the Media

Thunberg has been featured in a variety of media outlets due to her significant international presence and influence. Greta was the inspiration for the children’s book “Greta and the Giants,” and has been represented in many large-scale murals. Megan Washington, Robert Davidson, and DJ Fatboy Slim have all incorporated excerpts from her remarks in songs. 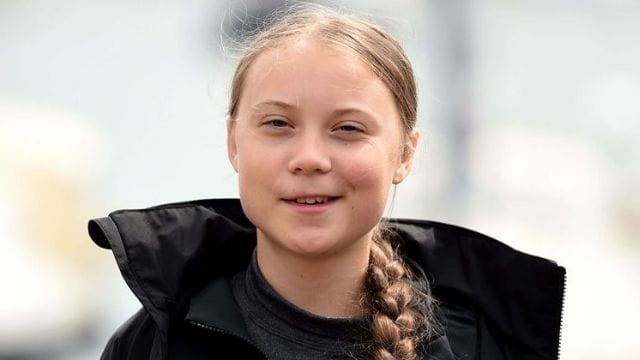 Thunberg appeared in the music video for Pearl Jam’s “Retrograde” in 2020 as a fortune teller. In the same year, she was the subject of Nathan Grossman’s Hulu documentary “I Am Greta.” “Greta Thunberg: A Year to Change the World,” a three-part BBC documentary series about Thunberg, aired in 2021.

In acknowledgment of her activism, Thunberg has received numerous accolades and honors. She has been named Swedish Woman of the Year and Time Person of the Year, as well as the Rachel Carson Prize, the Laudato si’ Prize, the Ambassador of Conscience Award, the Geddes Environment Medal, and the International Children’s Peace Prize. Thunberg has also been nominated three times for the Nobel Peace Prize. She was awarded the first Gulbenkian Prize for Humanity in 2020.

Greta Thunberg has a $100 thousand net worth.