Great Pretender is one of those shows on Netflix that not many know about. Yet, it is a gem of a masterpiece. How many times has it been that you watch a show and love it, for it to get canceled? You know what I mean right? It stings like hell, because the show is a gem, yet fails to garner the attention that it deserves. Such is the case with Great Pretender. It is a gem of a show. But it has not been able to garner the popularity that it deserved. And as such, the creators are also in a dilemma over whether there needs to be a Great Pretender Season 3. On one hand, they have a great potential show. On the other hand, the show may not earn them enough.

Nevertheless, fans have been waiting for season 3 of the show for quite some time now. Read on to find out the latest about the show.

Big fan of anime? You might be interested in: Zenonzard the Animation: An Anime To Watch Out For

Great Pretender: About the Show 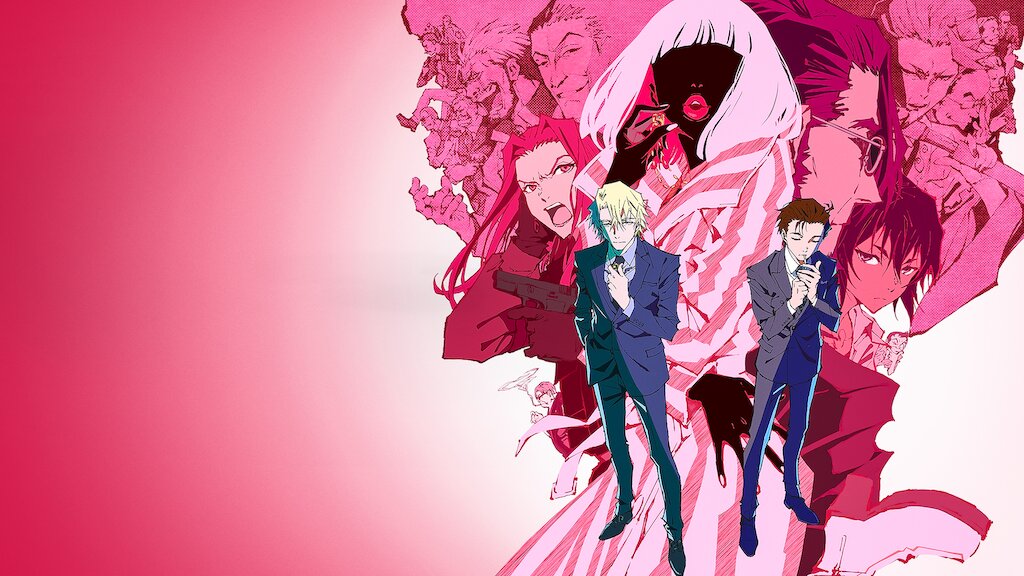 As the show has not had such a huge fan following so far, we feel it would be only fair to give our readers an idea of what the show is about.

Great Pretender is a crime-comedy Netflix Original Anime created by Ryōta Kosawa. The amazing anime is directed by Hiro Kaburagi. The series has been produced by the studio “WIT Studios” and was originally aired on Fuji TV in Japan where it gathered critical acclaim. The series was especially appreciated for the way the animation was handled, with the vivid color palette being praised by audience and critics alike. A wide color palette like the one in Great Pretender isn’t that common in Anime. As such, it has been appreciated for the freshness in the animation techniques it brings to the table. It has widely been considered one of the best looking animes of 2020. And we vehemently agree.

The series carries a very comedic yet serious tone. The limericks coupled with the twists and turns of the series make for a very satisfying watch. The series has a penchant for shocking you with each episode, building up the suspense and tension that we as viewers so desperately crave. While watching the anime, one can feel themselves becoming one with the story. The blend of building tension and constant shocks makes for a very exhilarating ride. Yet the series manages to maintain a subtleness about itself.

The Show So Far

Without going into too much detail, we’ll give a brief of the show. The premise of the show is basically that a guy by the name of Makoto Edamura tries to make it big in Japan. He poses as Japan’s biggest swindler. Things are going well for him, with unusual situations abound. Until one day, he gets into serious trouble. The day he tries to pull over Laurent Thierry’s eyes. Laurent would have none of it and it lands Makoto into big trouble, getting swindled in the process of swindling others. And that is just how the story goes.

So far, there have been 2 seasons of the show so far, garnering an overwhelmingly positive response. The last season, season 2 of the show had ended on a cliffhanger, so it logically follows that there is going to be a third season of the show. Or at least we can hope that there will be. The big question is the when of it.

Great Pretender Season 3: What We Know So Far

Since season 2 ended on a cliffhanger, fans of the series have been antsy for the third season of the show.

Unfortunately, there have been no announcements or trailers for season 3 of the show so far. The show makers have not come out with any news or plans for renewing the show for a third season so far. If Netflix decides to cancel the show, that would be a huge bummer, since the fans are already so excited.

Even though Netflix hasn’t made any official announcements about the show, there are rumors. The current rumors state that the series is expected to mark its return in autumn 2021. That is considering the 12-14 month production process that the first two seasons of the show entailed. Considering the same time frame, autumn 2021 would be a good estimate for the release of the much anticipated Great Pretender Season 3. But we stress that these are rumors and there is still no official announcement from Netflix. The show hasn’t been renewed yet. It could be that the show hasn’t started production yet. In that case, we could be looking at a late 2022 time frame.

Still, these rumors give fans something to hold on to.

Another good news for fans comes from the statement by director of the series:

“I am stoked that this work has received so much such support in both Japan and overseas. By streaming this anime online to viewers around the world, I am extremely happy that I could see the reactions of all the fans. As a representative of the GP staff, I extend my gratitude to you all. Thank you so much! Also, if the circumstances allow for it, I am really looking forward to a new anime that’s even better for all of you!

Oh, and if you want to see a GP sequel, do be sure to tell your friends and acquaintances about it, so that you can increase the viewer count on Netflix!

Now then, let us see each other again someday!”

The above statement from the director himself is great news for the fans. The director as well as the network seem very keen on the third season. All that is left is Netflix’s final nod. And we truly hope Netflix gives the nod soon.

The cast for Great Pretender Season 3 is expected to be largely the same, with a few new additions. The main characters though are expected to be voiced by the same actors:

With all the info that we have right now, it is highly likely that Netflix is considering a renewal of the show. Given the love that the show has received, and overall praise, it would be the right thing to do. The show may drop anywhere from as soon as autumn 2021 to late 2022. However, we hope for the former.

The show currently holds a rating of 8.33 on MyAnimeList, our preferred website for anime ratings. And in our opinion, it is a must-watch for fans of crime comedies.

The first two seasons of the series are currently streaming on Netflix for fans to watch. You may click the link to watch the series.

What are your thoughts on the series? Do you think all the love it is receiving is warranted? How do you like the art style for the show? Do you believe we are correct with our estimations for the release? Let us know in the comments sections below.

Stay tuned in to Trending News Buzz for all the latest juicy Anime news.

Top Tips for Caring for Your Double Glazed Windows